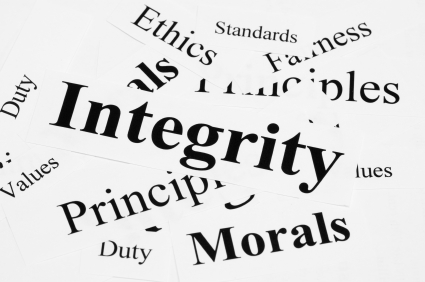 Monsanto: crony capitalism out of control?

Has there ever been a company like Monsanto? One that can with a straight face declare its values as Integrity, Dialogue, Transparency, Sharing, Benefits and Respect, while misrepresenting facts, ignoring all criticism, acting in secret and trampling small farmers in court? In truth, there have probably been plenty – but few of them can have the sheer gall of the World’s Worst Company.

Now, it’s even fighting its own shareholders.

Request for further study voted down

Earlier this week, Monsanto shareholders voted down a motion brought by Harrington Investments Inc. (HII), requesting that the company perform a study into, “Material financial risks or operational impacts” associated with its products. As an investor in Monsanto, HII is most concerned with contamination of neighbouring crops by Monsanto’s GMO pollen and, “The prospects of additional large lawsuits that may have an adverse impact on Monsanto shareholder value”.

While not entirely altruistic, the concerns HII raised were genuinely important. Monsanto lost some important contamination-related court cases recently, which could be the tip of the iceberg. Rather than address the problem constructively, however, Monsanto urged its shareholders to vote down HII’s proposal, which they did – a very strange definition of Integrity, Dialogue and Transparency indeed.

HII wasn’t alone in voicing its concerns. Paul Tanna, Organizing & Media Director for Pesticide Action Network North America (PANNA), said, “If Monsanto wants to be taken seriously as a responsible corporate actor, the first step would be to...protect farmers and shareholders from the threats of GMO contamination, and prepare for greater liabilities until the company changes its business direction.”

Monsanto stated that a report on financial or operational impacts would be, “Redundant and provide no meaningful additional information”. Its attitude appears to be: “Our current policy is perfectly justified and correct, and everyone who criticizes us is hysterical or just plain wrong. So bring on the lawsuits! We’ve got more money than you, anyway.”

“No value in testing the safety of GM foods in humans”

The company is at least consistent on the need for research into its products. On its corporate website, in answer to the question, “Why aren’t you running human clinical trials on GM crops?”, Monsanto states: “There is no need to test the safety of DNA introduced into GM crops...There is no need for, or value in testing the safety of GM foods in humans. So long as the introduced protein is determined safe, food from GM crops determined to be substantially equivalent is not expected to pose any health risks.”

The problem is that this statement reflects the ease by which Monsanto is prepared to lie to the public. It is very well known, for example, that the adverse effects of GMOs on the environment don’t stem only from the genetics of the trait itself. Instead, they may well arise from unpredictable changes in the expression of other genes following the insertion of the ‘transgene’.

Monsanto wants us to believe that genetic science is stuck in the 1940s mould of Beadle and Tatum’s ‘one gene–one enzyme/protein hypothesis’. This notion, that each gene is responsible for producing just one protein or enzyme, began to be questioned in the 1950s and was conclusively kicked into touch in 2003 by the results of the Human Genome Project.

It seems that, from a public relations standpoint, it serves Monsanto to hang on to this outdated position in the hope that the general public won’t ever appreciate just how shaky are the foundations upon which Monsanto’s GM crop model has been built! As such, its attitude toward human testing is unbelievably arrogant, and doubly so in the face of consistent findings that GMOs are bad for humans and the environment.

Monsanto reliant on crony capitalism for its survival

Monsanto has managed to maintain its position of power by keeping friends in high places, and lobbying Congress and regulators to suit its own ends. Without this, Monsanto’s business model would have come to a grinding halt and it would have been forced to stop selling its GM crops to unsuspecting farmers. At present, of course, its market share is staggering – as is Monsanto’s interest in selling GM crops into developing countries, now that the industrialised ones are increasingly waking up to the risks of over-reliance on Monsanto’s Roundup Ready family of products.

The sooner Monsanto and its baleful influence on the world shrivel up and die away, the better. The best way of moving toward the promised land of a Monsanto-free world is: