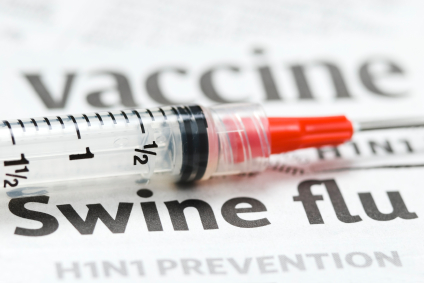 
Ireland and Sweden the latest to count the cost

Remember the swine flu panic of 2009/10? A new form of swine flu, H1N1, was – our governments and the World Health Organization (WHO) assured us – more deadly than ever, especially to young people, pregnant women and the elderly. We were urged to get “immunised” with the “effective”, “safe”, etc. etc. new Pandemrix vaccine that good old GlaxoSmithKline (GSK) managed to knock up in extra-quick time.

And then – not a lot. Influenza deaths for the 2009/10 season were around 5% of the seasonal average, the whole episode was written off as a quite possibly deliberate panic, and governments everywhere sheepishly tried to offload enormous overstocks of Pandemrix that they’d bought at the height of the hysteria.

Now, in 2012, the human costs of this manufactured and over-hyped threat are becoming clear.

Earlier this week, the Irish Medicines Board (IMB) confirmed that Pandemrix was responsible for the greatest number of recorded adverse events of any prescription medicine. It topped the list with 779 suspected adverse reactions, holding off stiff competition from the antidepressant clozapine (543), the human papillomavirus (HPV) vaccine (507) and the childhood vaccination schedule (379).

From swine flu to ‘sleeping sickness’

While the majority of the Pandemrix-related adverse events were mild in nature, one side effect that is cropping up with worrying regularity is narcolepsy.  Irish health authorities have identified up to 30 cases of narcolepsy possibly linked to Pandemrix vaccination. In Sweden, approximately 150 cases have been confirmed.

The European Medicines Agency’s Committee for Human Medicinal Products (CHMP) looked at studies of narcolepsy incidence in Finland and Sweden, and concluded: “The results indicate a six- to 13-fold increased risk of narcolepsy with or without cataplexy in vaccinated as compared with unvaccinated children and adolescents”. Despite this, the EMA still recommends Pandemrix in certain situations for its “positive” risk–benefit profile, and describes narcolepsy as a “very rare” side effect of the vaccine.

The results are still coming in, but at this stage it’s easy to take an educated guess at who will be the eventual winners in the swine flu/Pandemrix saga. On the one hand, we have a swine flu pandemic that was hyped out of all proportion by everyone from governments to media and health professionals – a supposedly killer plague that actually killed a fraction of the people of a normal flu season. On the other hand, we have millions of people who were frightened into taking an unnecessary vaccine, one that we can safely assume is at least partly responsible for spikes in narcolepsy cases. As is so often the case, the only winners will be the vaccine manufacturers and their well-placed stooges.

Of course, it’s easy to break the disease–panic–vaccination–aftermath cycle by employing natural, dietary and lifestyle-based immune-modulating methods, which appear to be considerably more effective than vaccines and come, to boot, with virtually no side effects. We eagerly await the day when governments worldwide see the light and start to recommend what really works, instead of what makes money for their mates in big companies.

For anyone contemplating flu vaccination, or indeed any vaccination, your decision has ultimately got to be one based on an evaluation of both the risks and the benefits. This latest data from Ireland and Sweden is highly significant in that it marks the views of two governments, both of which are brazenly prepared to openly inform their populations that they acknowledge significant risks of swine flu vaccination. Long may such transparency reign, as it gives more credence to the all-important concept of informed choice.