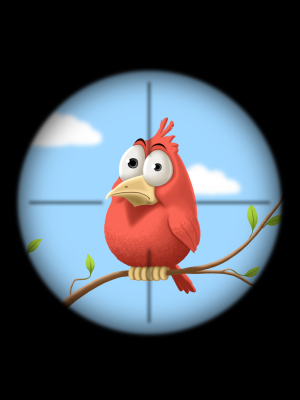 “There is no generalized right to bodily and physical health”. This is a quote from the US Food and Drug Administration (FDA) in response to the Farm-to-Consumer Legal Defense Fund (FTCLDF) suit over an interstate raw milk ban in 2010 (See page 26).

You may be surprised to see a government agency showing their disrespect for our personal freedoms so blatantly. But when you read the rest of this article, you’ll see that this is not a new trend – and it’s escalating.

The FDA’s quote above came in the same year that raids were made on Californian-based Rawesome Foods and its owner, James Stewart, was arrested. Rawesome Foods is a raw food market in Venice, California selling raw milk, raw milk products and organic meat and vegetables. When we heard that James had been arrested yet again and suffered appalling treatment (see video below), we thought it was time to draw attention to the heavy-handed and often violent way that people following a natural lifestyle are being treated by officials around the world.

As a citizen of any country, you might believe that it is ultimately your decision what you put into your body, either to help get over an illness or to simply maintain good health. You believe that you have the final say – because it’s your body.  You might also think that you have the right to decline particular treatment options, have the choice of what food to buy, and are able to avoid certain ingredients in drinks or food products if you so wish.  We’re right there with you, but increasingly governments and official regulators are cracking down on those of us who share this view.  In Canada and the US, natural health advocates who choose to follow a healthy lifestyle are debating this very issue: ownership of their own bodies! Surely it can’t have come to this?

10 examples of violation of fundamental rights

In the mid 1980s, Jason Vale was diagnosed for the third time with terminal cancer, a cancer that has a 100% mortality rate. Although he used conventional methods of operations, radiation and chemotherapy the first two times, the third time he opted for basic diet changes and apricot seeds. Believing he could help others, he started to sell apricot seeds, which resulted in 5 years of jail time, albeit alive and cancer-free. He survived the 5 years’ imprisonment and went on to become the world champion arm wrestler.

Tony Stephan made the enormously emotional and difficult decision to take his child, suffering from bipolar disorder, off conventional medicine and enlist the help of micronutrients.  He witnessed outstanding results, and similar outcomes are also being seen through research.  Keen to share these exciting – and life changing – results, Stephan set up his own company, Truehope, supplying micronutrient supplement treatments for mental health sufferers. However, even with ever-growing amounts of positive research, Canadians have to go to extraordinary lengths to get their hands on Truehope’s EMpowerplus formula. In 2010, Truehope lost a court battle against Health Canada for, “False, misleading, and deceptive selling/advertising of [an] unapproved and improperly labelled drug product”.  An appeal has been launched.

13 year old Daniel Hauser was diagnosed with Hodgkin’s lymphoma in January 2009, and was recommended six rounds of chemotherapy. When he and his family decided against further chemotherapy after the first round, they were told that Daniel would be taken into custody as his parents were neglecting him medically. It was unclear how the chemotherapy would be administered after Daniel stated that he would, “Punch them and kick them” if they made him take it again. The family lost their fight, and although he was allowed to stay with his parents, they were told to get an updated X-ray and start treatment. After going on the run with his mother for a short while, Daniel’s chemotherapy recommenced. That this was under severe duress was obvious from the 19-day hunger strike the boy went on while in hospital. And is if this story wasn’t tragic enough, Daniel’s father died from a heart attack in 2011.

Upmarket UK store, Selfridges, has been accused this year (2012) of putting its customers at risk by stocking and selling raw milk. The Food Standards Agency (FSA) insists that raw milk is a threat to public safety and has put both the store and the farmer who produces the milk on notice, saying that they are both at risk of prosecution. At the moment, it’s legal to sell raw milk in the UK as long as it’s sold direct to the consumer and carries a warning on the label.  However, the FSA is set to review this at their next meeting, so no doubt it’ll soon be unapproved for sale.

Many US parents are concerned about the harsh mandatory vaccination schedule for babies, as they are required to have a whopping 26 shots before they are a year old. With research showing that mortality rates increase in children the more shots they have, parents have every right to worry – but no right to rebel. Many in the ‘healthcare professions’ are desperate to make vaccinations such as the measles, mumps and rubella (MMR) jab and human papillomavirus (HPV) vaccine compulsory for children, saying that unvaccinated children should be banned from schools. Adults are also at risk of mandatory vaccinations, as every year countries launch into a widespread panic over supposedly fatal flu pandemics – the answer to which, of course, is compulsory vaccination.

In her 25th week of pregnancy, Samantha Burton was forced against her will, under court order, to be hospitalised because she was showing signs of potential miscarriage. While in the hospital, doctors had ‘carte blanche’ to give her any procedure they wished, whether she gave her consent or not, and ultimately ‘their way’ was unsuccessful as she miscarried after 3 days. She sued the state of Florida for violating her constitutional rights and lost, the State claiming that they were merely maintaining the “status quo”.

Allan’s story ultimately comes with a happy ending but it was a close call. If his family hadn’t been so determined, the outcome may have been very different. Allan Smith’s family had been told that he should be allowed to die, as he had all but lost the battle with a serious case of swine flu. The hospital and specialists refused the family’s requests for him to be given intravenous vitamin C (IV C) until they enlisted the help of a lawyer. After receiving the IV C, he made a full recovery – 10 weeks quicker than rehab had expected. The hospital still won’t acknowledge that it was the IV C that had an effect on Allan’s health!

A new law has been proposed in Australia whereby mentally ill children can be sterilised without their parents’ consent, if they themselves have given their consent. Doctors will also be allowed to carry out psychosurgery and electroconvulsive therapy under the same conditions. The ridiculousness of this law is encapsulated in the term ‘mentally ill children’. If the child is ‘sound of mind’ enough to make this sort of cognisant decision, then surely there is no need for such horrific procedures? Some of you may remember the story of Maryanne Godboldo, who ended up in jail for refusing to give her daughter a dangerous antipsychotic drug. She felt she had no option but to end up in a 12-hour standoff with an armed SWAT team in order to protect her child.

In 2003, complementary medicines manufacturer Pan Pharmaceuticals collapsed, causing millions of dollars worth of lost revenue among suppliers, pharmacies, health food shops and others reliant on their products. The collapse came after the Therapeutic Goods Administration (TGA) suspended Pan's manufacturing licence and demanded a recall of all its products.  Pan had already voluntarily withdrawn the one product the TGA had a problem with: a travel sickness product. After claiming the TGA had acted negligently and outside the limits of its statutory powers, founder Jim Selim was ultimately victorious. However, in spite of this, the federal government has never admitted any wrongdoing, and no TGA worker has been held accountable.

This really is only a small snapshot of what has gone on, and anyone who cares to look further will find far too many incidents for comfort. The Monsantos of this world are being given almost carte blanche to damage our health and the environment, even though the jury is still very much out. Pharmaceutical drugs that often do more harm than good are over-prescribed and over-relied on, fuelling the obscene profits of a massive disease industry – but it’s those of us choosing natural and sustainable, free lives that have the real targets on our backs. The balance is all wrong, and it’s up to each and every one of us to reset the scales.