Home News To drug or not to drug? That is the question! 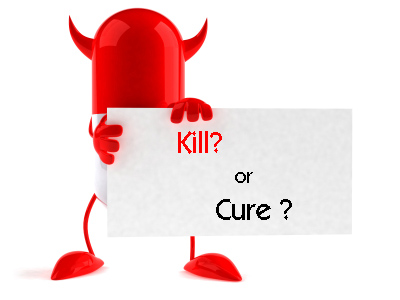 To drug or not to drug? That is the question!

You probably knew this already – the clue’s in the name, after all. But here at the Alliance for Natural Health, we’re not too keen on the over-use of pharmaceutical drugs as the mainstay of healthcare. Even though worldwide interest in natural medicine continues to increase, and while the years of pharmaceutical-dominated medicine may be numbered, we continue to see far too many examples of patients being given inappropriate and unnecessary drugs. The five examples below are some of the most outrageous we’ve come across recently.

In the UK, patients with life-threatening conditions or who are in the terminal stage of disease are to be given unlicensed drugs by doctors in what amounts to an experiment on a captive audience. The UK government and the media spin machine, however, don’t see it like that. The UK’s Sunday Times says giddily: “People in Britain could be the first in the world to try promising new drugs”, the lucky things, while, “Thousands of cancer patients who at present are denied potentially effective drugs because of red tape” could live longer lives. Predictably enough, this echoes the wording of the UK government’s own strategy document. While Big Pharma will obtain plenty of useful data from these patients, thereby speeding up the drug licensing process, genuine benefits for patients are likely to prove more elusive.

Once upon a time, mummies and daddies had babies, and these babies quickly grew up into school-age children. At school, most were well behaved but some were naughty. Teachers, supported by parents, were able to effectively discipline the naughty ones and, with a few unfortunate exceptions, kids in education were managed successfully. Then, in the 1960s, the drug Ritalin or methylphenidate – manufactured by Novartis – began to be given to the naughty kids, because all of a sudden they weren’t just naughty, or bored, or hyperactive. No, they were suffering from a previously unrecognised condition known as attention deficit–hyperactivity disorder (ADHD), a condition that various lawsuits allege was invented by Novartis in order to sell its drug. Such ‘disease-mongering’ is only going to get worse with the publication of the fifth edition of the Diagnostic and Statistical Manual of Mental Disorders (DSM-V) in 2013.

Ritalin is an amphetamine-like stimulant, with distinct similarities to cocaine. It is associated with a long list of side effects, including brain structural changes, dependence, insomnia and poor appetite. There is increasing evidence that the childhood behaviours that are lumped together as ADHD are overwhelmingly due to factors such as a poor diet, inadequate physical activity, stress at home and unnecessary exposure to toxins, and can be reversed by careful attention to the kids’ diet and environment. Putting a wholesome, nutritious diet including sufficient vitamins, minerals and omega-3 fatty acids in front of kids instead of sugary snacks and processed foods is nearly always a very good place to start.

This one, as they say in the USA, is a real doozy. If we were to ask you, “What do you think is the best way for society to tackle the obesity epidemic?” we can’t imagine many of you suggesting the approach of a new clinical trial being run by the UK’s National Health Service (NHS). In this trial, the diabetes drug metformin is to be given to obese, non-diabetic mothers-to-be in the hope that the mothers will experience less pregnancy-related complications – and give birth to lighter birthweight babies.

Although the risks of metformin include nausea, vomiting, diarrhoea and other gastrointestinal disturbances, lactic acidosis and liver and skin abnormalities, giving it to pregnant women is OK, according to the investigators, because, “Studies in...women with diabetes in pregnancy have shown it to be safe and effective”. Oh really? Then why does the package insert for metformin declare that there are only “limited data” and animal studies to indicate that metformin is not linked to foetal malformations? And why does it also state that diabetes in pregnant women should be treated with insulin instead of metformin, “To reduce the risk of malformations of the foetus”? Doctors justify the trial on the grounds that, “We are increasingly faced with women who start their pregnancy obese,” at which point, “It is not particularly helpful” to suggest eating less and exercising more. We would suggest that eating better, instead of less, taking appropriate micronutrients and essential fatty acids to support both the baby’s development and the mother’s health, while exercising gently, is infinitely preferable to the inherent risks of using a pharmaceutical drug for an unlicensed (‘off-label’) purpose during pregnancy!

This trial comes at a time when medical ethicists are proposing that post-birth abortion is okay and arguing that artificial wombs are the true path to gender equality, while risky procedures like Caesarean sections are made available on demand. Is childbirth under all-out assault from orthodox medical thought and practice?

The cholesterol-lowering statin drugs are everywhere. They are prescribed to over 1 million people every week in the UK, and some academics have suggested that they should be available in fast-food outlets to counteract the cholesterol-raising effects of the menu. Hardly a week goes by without a new ‘statins are amazing’ story in the media: we’ve been told they’re potentially great for Alzheimer’s (or maybe not), rheumatoid arthritis (or maybe not), breast cancer and more.

But many of these benefits aren’t proven, and any gains come with the risk of nasty side effects, including muscle pain and weakness, neurological problems and a laundry list of adverse events in the product information itself. Statins cause so many side effects because they reduce the synthesis of cholesterol, a much-maligned substance found in all human cells and that is vital for life, and which increasing numbers of experts — often regarded as mavericks — believe is not the culprit in heart disease. Like these medical mavericks and the many tens of thousands around the world who have already reaped the benefits of carefully considered, non-drug approaches to healthcare, we believe that diet and lifestyle are by far the best way to reduce not only the risk of heart disease, but all the other chronic conditions that so plague our developed societies in 2012. Which includes everything we’re told statins are good for.

5. Antipsychotics for anxiety (and insomnia, and ADHD, etc)

Antipsychotic drugs, such as clozapine (Clozaril) and olanzapine (Zyprexa) are very powerful medications that are expressly designed for use in severe mental illness, such as schizophrenia. They are, among other effects, strongly sedative. This may explain why they are being prescribed for conditions entirely unrelated to schizophrenia, such as dementia, and even relatively minor complains such as insomnia. While such wanton misuse of psychoactive medication is bad enough, the fact that doctors are giving off-label antipsychotics to the elderly, when there is a black box warning on the label highlighting an increased risk of death, almost beggars belief. And although schizophrenia is a difficult condition to treat regardless of approach, eliminating sugars, trans fats and processed foods in a bid to normalise biochemistry, along with the use of vitamins and especially vitamin B3 (niacin), shows great promise. Re-establishing normal gut health is also a vital consideration, supported by increasingly strong evidence of a gut-brain connection.