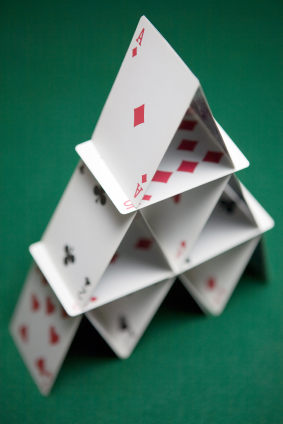 Flawed science at the heart of many modern cancer treatments

Failing the test of time

When boffins are struck by a new idea for cancer treatment, the first step is to prove that their idea has legs through the use of basic, ‘preclinical’ science. After all, there’s no point investing many years and millions of hard currency on the cancer industry’s equivalent of the promised, but still non-existent, personal jetpack. And, as a recent editorial in Nature magazine points out, “The results of preclinical studies must...be very robust to withstand the rigours and challenges of clinical trials”. The wider research community, “Assumes that the claims in a preclinical study can be taken at face value, [and that] the data will...stand the test of time”.

But here’s the rub: when scientists working for biotech firm Amgen tried to repeat the results of 53 ‘landmark’ preclinical cancer studies, they failed a whopping 89% of the time. Scientific results were, in fact, reproducible in only six (11%) cases.

Swimming down the wrong stream

So, what does this mean for modern cancer medicine? Since the authors of the editorial don’t disclose any details about which studies they tried to recreate, merely describing them as ‘landmark’ studies, it’s impossible to be at all precise. However, the ‘non-reproduced’ articles generated a mean of 417 citations – i.e. secondary publications that expanded on the original work – compared with 244 for the ‘reproduced’ articles.  Clearly, a huge amount of research has been performed on the back of what look to be red herrings.

“Some non-reproducible papers had spawned an entire field,” note the editorial writers. Taking clinical research into account, “Many patients had subjected themselves to a trial of a regimen or agent that probably wouldn’t work”. We don’t know how many cancer drug development programmes went ahead as a result of flawed preclinical science, nor do we have an idea whether any drugs subsequently made it to market, or which ones. All of a sudden, though, it makes more sense why cancer survival figures are largely static while endless billions are spent on research, even while incidence and death rates are skyrocketing.

The show must go on

This being Nature, the authors feel it necessary to qualify this damning evidence by saying, “These results, although disturbing, do not mean that the entire system is flawed”, citing in support, “Several new cancer drugs...built on robust preclinical data”. They don’t reveal how they know these preclinical data were robust – were the results among those the authors tried to repeat? – but one of the new drugs may have been covered in a recent UK BBC Horizon documentary, entitled ‘Defeating Cancer’. Stop me if you think you’ve heard this one before, but we were informed that fantastic new drugs are becoming available, incredible new technology is coming online and refined surgical techniques offer new hope to thousands.

The orthodox understanding of cancer, as outlined in the Horizon documentary, is that it occurs when mistakes are made as genes are transcribed into proteins. Although such errors are accelerated by, for instance, smoking and ionising radiation, this theory of cancer views humans as largely victims of their genetic makeup.  “Cancer is part of the price we pay for being human,” says one oncologist interviewed for Horizon.

But the truth appears to be far more empowering. The alternative view, which the cancer industry tries so hard to suppress, is that an individual’s diet and lifestyle, along with environmental pollution, are overwhelmingly responsible for triggering cancer. It’s all about the internal environment, a position expanded upon by the Institute of Science in Society (I-SIS) in two recent posts on ‘Cancer an Epigenetic Disease’ and ‘Cancer a Redox Disease’. As the latter article says, “There is growing realization that cancer is not primarily a genetic disease, but an epigenetic response to chronic stress” – in other words, DNA changes leading to cancer occur as a result of a disordered internal environment.

If cancer is not, after all, an inherent part of being human, it opens the door to cancer prevention through behaviour and dietary modification, even among people with a strong family history of cancer. The best cancer-preventive diet is one that’s anti-inflammatory and immune modulating. Eat a diet like this, while maintaining daily activity and minimising both stress and your exposure to environmental chemicals, and your chances of ever getting cancer will plummet!

Time for a rethink

These Amgen researchers have inadvertently levered open another crack in orthodox cancer treatment’s armour. Even the checks and balances theoretically provided by the drug approval system, the randomised, controlled clinical trial and the unequivocal answers of statistics-based medicine appear to be worth little, if treatments based on bad science can still make it through the process. How can this happen? How widespread is the problem? How many treatments are affected, and which ones? And what implications does this have for orthodox cancer treatment as a whole, and most importantly, the patients?

Ultimately, while the problems revealed in the Nature editorial are of enormous potential significance, the authors’ decision not to provide details of the non-replicable research keeps us all in the dark. This work should prompt some extensive soul searching by the orthodox cancer community – but we’re not holding our breath.