Home News Don’t believe all that you read! 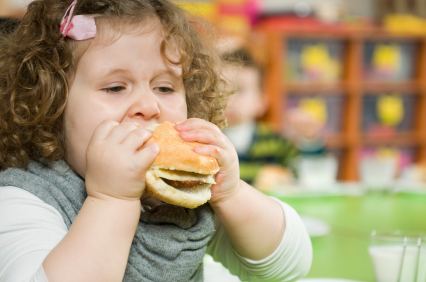 Don’t believe all that you read!

ANH looks at the relationship between Big Food, advertising and obesity

Apparently, the European Union’s (EU’s) 2007–13 EU Strategy on Nutrition, Overweight and Obesity-related Health Issues is failing to tackle rising obesity. But is it any wonder, when Big Food sponsors the high-level discussions meant to solve the problem, and its propaganda is everywhere?

A growing nation – but not just in numbers

The guidance that we continually see being dressed up and dished out by governments as ‘sound nutritional advice’ is far from living up to its intended function. Recent ANH articles have spotlighted children having their perfectly adequate packed lunches substituted for very poor fast-food alternatives, the wide differences in approach to nutritional advice between dieticians and nutritional therapists (NTs), and simply shocking advice from governments on (so-called) healthy eating. It’s becoming clear that health and dietary advice is being dished up with a large helping of Big Food influence, plus a side order of bonuses for Big Pharma. And thats not to mention junk food masquerading as 'all natural' and 'whole grain' so that people are literally tricked into thinking they're getting something healthy. The end result, other than more obese and generally unhealthy citizens, is yet more profits for Big Food and Big Pharma! Is this really a result of an appetite for widespread public health, or a strategy with corporate and big industry interests at its heart?

Whether health authorities are offering advice on losing weight or putting it on, the advice generally isn’t very impressive in either case. We were recently alerted to the UK National Health Service’s (NHS) ‘Focus on Undernutrition’ scheme, a dietician-led programme that promotes that, “…the use of food first [as opposed to snacks, fortified foods or supplements] for people who are identified as moderate and high risk of undernutrition”. This sounds like a sensible approach, until you look at the examples of the supposedly ‘nourishing’ snacks and drinks the scheme recommends. How about crisps, sausage rolls, doughnuts, ice cream and chocolate bars – all washed down with a healthy and nourishing Coca-Cola?

In the face of major worries about over-burdened health systems, and huge rises in diseases such as diabetes, obesity and heart disease, where is the proof that a high-sugar diet is ‘nourishing’? This advice flies in the face of everything that is known about the dangers of excessive sugar in the diet and its myriad of negative effects on the body – but it’s consistent with advice given by dieticians to cancer patients. Can it be a coincidence that Big Food is in bed with the British government’s Change4Life initiative, much as it is with the American Dietetic Association (ADA)? In the US, at least, people are starting to take notice of where this junk-biased advice is filtering down from.

Those that profit from the sales of sugary junk foods are covering every avenue. Articles about vitamin B12 deficiencies advise eating sugary, fortified cereals, rather than foods naturally high in vitamin B12 or a good quality supplement. UK radio adverts advertise chicken nuggets, potato waffles and peas as a nutritious meal for children, and television stations and billboards are littered with adverts for processed, convenience foods. All of this advertising has been proven to entice children into eating whatever foodstuff they have just seen on TV, which will have been chocolate bars or burgers and not fresh, organic produce.

The Academy of Medical Royal Colleges (AoMRC) is worried that advertising and sponsorship at the 2012 London Olympics by companies such as McDonalds and Coca-Cola will further deepen the UK’s obesity crisis, and sends out the wrong message. Unsurprisingly, these food firms have rejected the claims, helpfully pointing out that, “Food manufacturers have a good track record of making positive contributions to public health”. It’s doubtful, though, that athletes’ Olympic training includes many Big Macs and fries, with a Coke on the side and a Mars bar to finish.

Coca-Cola is also one of a number of manufacturers collaborating on research into satiety in the hope of, “Producing foods that fill people up quicker and for longer and taste good…[to] help moderate appetite whilst maintaining a healthy balanced diet ”…all the while maintaining sales and profits! Good news then – soon we will have junk foods specifically designed to fill us up so that we don’t want to eat anything else. Not all that healthy, or balanced.

This very real concern is thankfully being taken seriously, with organisations and doctors uniting to combat the obesity epidemic by tackling issues such as Big Food advertising and sponsorship. AoMRC spokesman Prof Stephenson believes that the problems should be addressed in a similar manner to the advertising restrictions that have been placed on smoking. There is also talk of fat taxes being put in place and an obesity steering group has been set up to help solve the issue.

However, while it’s heartening to see increased recognition of the problem in the mainstream, we doubt that such nanny-state measures, based in the currently fashionable ‘nudge theory’, are the answer. What is needed is a sea change in education about food, nutrition and lifestyle, such that people naturally move away from eating junk food and get more active in a myriad of ways. As always, change from the bottom up beats imposed solutions from the top down – in other words, YOU have the power to change things!