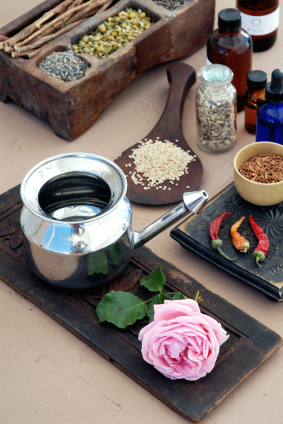 Herbal regulation and the ‘FUD factor’

How fear, uncertainty and doubt are the new watchwords for EU herb companies

It’s nearly a year to the day that the Traditional Herbal Medicinal Products Directive (THMPD; 2004/24/EC) came into full force across the EU, on 1st May 2011 – so how are herbal companies coping with the changes? We focus on two in the UK with different business models who are both feeling the effects of the THMPD pressures.

With its headquarters in Edinburgh, Scotland, Napiers is a long-standing institution in the UK natural healthcare scene, having been founded in 1860 by herbalist and botanist Duncan Napier. Until recently, Napiers was doing very nicely, with a total of five premises at four Scottish locations all selling a wide range of herbal remedies, as well as offering professional consultations in a wide range of natural modalities.

Since the advent of the THMPD, however, things have changed, according to Napiers’ boss and medical herbalist, Dee Atkinson. “A large part of our revenue has always come from herbal formulae, which are pre-mixed and sold to the public over-the-counter,“ she explains. “And the THMPD put a total stop to this! Without a Traditional Herbal Registration (THR) number, we and other retailers like us can’t sell products like these any more. So, obviously, that had a huge negative impact on the business.”

Unfortunately, that isn’t the only THMPD-related problem Napiers is having to cope with. “Proper regulation of herbal products aimed at the consumer is vital – we’ve seen some awful problems with unlicensed products in the past,” says Dee, “So we went down the THR route for several of our products. We spent over £100,000 on THRs, but these won’t cover the revenue we’re losing on our other formulae. Plus, now that Napiers has spent all this money on THRs, we don’t see any enforcement of the THMPD – manufacturers who haven’t got THRs are still selling their products. We don’t think that’s fair.”

This raises yet another problem with the THMPD. The fact is, it was designed to form part of a dual system, under which herbal products can be sold as branded herbal medicines with a THR and patient safety information or, alternatively, as unbranded herbal food supplements with no THR and no safety information. This basic truth is often misunderstood by regulators and misrepresented by vested interests.

Dee Atkinson and Napiers have been forced to take drastic measures. “We’re closing three of our branches. Only the herbal dispensary and clinical practice in Edinburgh and Glasgow will survive. It’s heartbreaking for us to have to do this, but it’s the only way we’ll survive. We’ve gone from a situation where herbal medicines were lightly regulated to one where they are over-regulated – almost overnight! The public is losing its access to herbal medicines, which some individuals have relied on for over 50 years.”

For Dee, the solution lies partly with reform of the THMPD, and partly with government recognition of herbalism as a profession: so-called statutory regulation (SR). "SR will at least safeguard the practice of herbalism and the unique specialist knowledge of herbalists. Even though the public will be able to choose from a narrower range of over-the-counter herbal remedies, they'll be able to see a herbalist for a wider range of individualised tinctures and other formulae. I see SR as vital to preserving a key part of the UK natural medicines business." We agree in principle, but to what extent herbalists' long-cherished rights are maintained will depend on how the UK government drafts the legislation.

The true cost of licensing

Another well-established UK herbal company facing problems thanks to EU regulation is Pukka Herbs. Pukka specialises in herbs from the Indian Ayurvedic tradition and has been making an effort to obtain THRs for some of its products – which is far easier said than done. “Ayurvedic herbs are at a particular disadvantage under the THMPD, as they generally haven’t been sold in the EU for 15 years,” says Sebastian Pole, Pukka’s Herbal Director. Herbs without an EU sales history of at least 15 years are ineligible for the THMPD scheme.  “Even so,” continues Sebastian, “We have been working on THRs for three products that we believe are suitable for registration – but it’s been three years work and many thousands of pounds, and we’re still some way off THR registration. Because of the 'FUD factor' (fear, uncertainty and doubt) caused by the Directive, our customers and staff are understandably nervous about what the future holds under the THMPD.  It’s a sad fact, but the legislation surrounding the sale of natural herbs across the EU is damaging herbal traditions that have successfully and safely nourished people's health for thousands of years. It really needs to be amended.”

There are more and more signals revealing that all is not well. Holland, for many years one of the most liberal food supplement regimes in Europe, is now tightening the screw. The very country that has allowed cannabis to be smoked legally in coffee shops is now creating a raft of problems for those trying to sell herbs used for healthcare purposes. Some of this comes from a desire to ensure products are free from contaminants such as polyaromatic hydrocarbons (PAHs) after four cases of poisoning were revealed. But this newfound regulatory zeal is now risking the very survival of herbal suppliers; we know of three that are at risk of closure as we write this.

Next door, in Belgium, the situation is no better. The Belgian authorities’ new red flag is the 1997 Novel Food Regulation that requires authorisation of foods or supplements that cannot be proven to have been sold in significant amounts prior to its passage in May 1997. The problem now, some 15 years on, is finding that proof as well as agreeing on what constitutes significant sale. The regulators' misuse of this regulatory tool has effectively freeze-framed the Belgian herbal trade, and the inability to innovate or expand will ultimately threaten its viability.

These are the kind of stories that make it clear to us just how vital our herb law challenge is. Stick with us!