Home News Let thy medicine be thy food and thy food be thy...opiate? 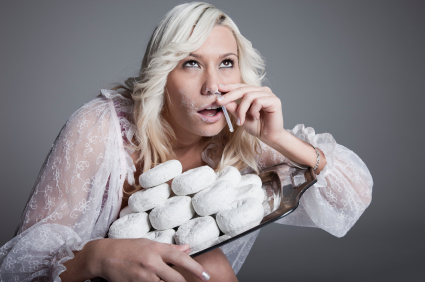 Let thy medicine be thy food and thy food be thy...opiate?

Some of the foods we rely on in the industrialised world, even some we know are healthy, are actually physically addictive in exactly the same way as opiate drugs, such as heroin or morphine.  Opiates are widely distributed within our food supply and they're not just found in so-called junk foods.  They can also be found in foods yielding a wide range of health benefits, e.g. spinach and breast milk.  Obviously amounts vary and the addictive effects of any foods will be based on the amount consumed, the frequency of consumption and combinations with other addictive foods and ingredients, such as sugar.  Being addicted to healthy foods is generally positive, but it's the clear manipulation of opiates in processed and junk foods, as addictive agents by food companies, that is so deeply unethical.

We’ve all known someone who’s thrown up their hands at their latest dietary failure, crying, “I can’t do it!  I’m just addicted to coffee/cakes/chocolate/etc!”  Interestingly, it turns out ‘food addiction’ is an entirely valid phenomenon, one that is likely contributing significantly to today’s obesity and chronic disease burdens.

Let’s begin with two major culprits of food intolerance: wheat and cow’s dairy products.  Plenty of evidence already exists showing that neither wheat nor dairy – certainly pasteurised dairy – are wise dietary choices, but the problems go deeper than that.

In cow’s milk, the protein casein breaks down during digestion into a range of casomorphin peptides, while modern wheat contains several gluten exorphins.  Both casomorphins and exorphins are closely related to the well-known opioid, morphine, and exhibit many of its addictive properties. The so-called ‘food opiates’ are powerful psychoactive substances.  You only have to look at the effect of morphine and heroin addiction to appreciate that they are some of the most addictive substances known to man.

It’s not only cow’s dairy and wheat that contain food opiates.  Other sources include coffee, the cafestrol in which produces a sedative effect entirely separate to caffeine’s stimulating properties; spinach (rubiscolins); meat and fish protein; chocolate (epicatechin); and sugar.

It’s not all bad news.  The epicatechin in chocolate protects the heart, for example, and breast milk contains actual morphine, to help the mother-child bonding and to promote relaxation.  But the presence of food opiates in many everyday foodstuffs, some of which are linked to obesity, food intolerances and numerous other health challenges, sheds further light on why so many people are sensitive to these foods and find them difficult to ‘kick’.  Unfortunately, it makes untangling the complex web of inter-related factors that contribute to our modern healthcare burden even more difficult.