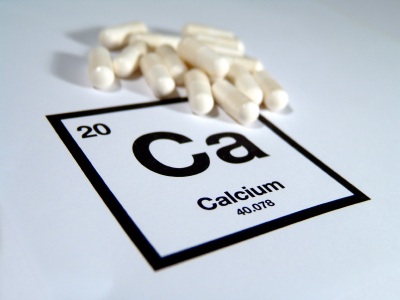 
We appraise why synergistic blends of minerals and vitamins, not calcium supplements alone, are needed to keep your bones strong and healthy

It was no great surprise to read the results of the latest analysis within the huge EPIC study published in the journal Heart on 23rd May evaluating the role of calcium supplements in heart disease risk. The study confirms what has been found in many other studies; that heart attack risk increases slightly for those taking high dose calcium supplements – and not a lot else! The authors of the study from the Institute of Social and Preventive Medicine, University of Zurich, indicated: “The more pronounced increase was seen among calcium supplement only users, suggesting that this adverse effect is mainly from calcium supplements themselves”.

As we indicated back in 2010, calcium supplements are frequently prescribed or recommended by medical doctors. In clinical nutrition circles, it has been known for some years that regular calcium supplements, especially those based on inorganic salts of calcium such as calcium carbonate (chalk) are harmful at high doses — and that dietary intakes of calcium in the average diet are already more than sufficient. It is the lack of other minerals and vitamins – and hence the imbalance in micronutritional intakes — that is at the heart (excuse the pun) of the problem. 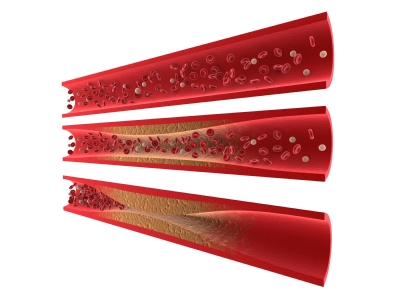 Arteriosclerosis: Calcium build up in an artery

Given that calcium supplements (more recently with vitamin D) are a popular mainstream/allopathic preventative measure deemed to treat or prevent osteoporosis, this has resulted in much confusion, and sensational headlines in the press.

Vitamin D is only part of the story

It should also be unsurprising that Vitamin D, despite its wealth of benefits, is only part of the story in getting calcium into bones rather into plaques within arteries and blood vessels. And the calcium and vitamin D only ‘combo’ is by no means ‘off the hook’ as far as increasing the risk of CHD among women before old-age.

Vitamins K2, D and A, and the minerals magnesium and potassium are all crucial for calcium absorption, and they ensure efficient utilisation of dietary calcium. Also important are zinc, manganese, boron, vitamin C, B6 and folates and weight bearing exercise. Diets high in protein and low in vitamin K2, such as grain-fed, as opposed to grass-fed, animal protein is another risk factor.

The difficulty with allopathic measures is they continue to hunt for ‘magic bullets’ — and as demonstrated many times over, answers rarely lie in a single element, nutrient or ingredient. Animal life has evolved to rely on synergistic combinations, which is why randomised controlled trials (RCTs) are largely an inadequate tool for any health strategy involving a diversity of dietary and lifestyle approaches — while they do provide valuable information when the trial seeks only to measure the effect of a single variable, such as the addition of a drug to a given study population. In any case, there’s no money in nutritional combinations. Sadly then, we may face a predictable knee-jerk withdrawal by the mainstream from natural solutions to a basic problem. 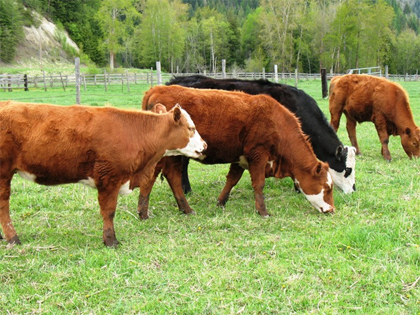 Grassfed beef cattle: the exception rather than the rule today

Inappropriate calcium metabolism and mass ‘misdirection’ of calcium are significant factors in diseases such as osteoporosis, cardiovascular disease, and dementia. It turns out that the likely solution to the calcium overload problem was under our collective noses all along. Nearly 70 years ago, a dentist by the name of Weston Price did some immensely valuable research with traditional people who had healthy mouths and no need for dentists. He discovered a ‘vitamin-like’ activator that was key in the utilisation of calcium, protection against heart disease, and brain function. It was present in the fat and organs of grass-fed animals— but absent in the grain fed animals of modern day farming. He called it Activator X, and he noted a huge synergistic effect when it was in the diet along with vitamins A and D. Decades later, it was realised that Activator X was in fact vitamin K2, and that modern life has left us largely deficient.

Vitamin K2 was discovered in the 1930s, and its importance was underestimated for decades, and still is, by many. Along with its sister molecule, vitamin K1 (essential for clotting and found in green vegetables), the two forms were simply known as vitamin K. It was wrongly assumed that no vitamin K1 or K2 deficiency was present if blood clotting was normal. Grass fed animals convert vitamin K1 into K2, and the yellow buttermilk and yellow meat fats are excellent sources, if you can find them. Alternative sources are ‘natto’ and fermented cheeses. Confusion between K1 and K2 persists today.

Research has shown that a form of vitamin K2 known as menaquinone-4 is highly effective at reducing bone loss. In this form, and with a 45mg dose, it outperformed various osteoporosis drugs and parathyroid hormone with a 60% risk reduction for vertebrae, a 73% risk reduction for the hip, and a whopping 81% risk reduction for all nonvertebral fractures. Yet the longer chain forms, the bioavailable MK-7 in particular, are generally recognised to be even more effective, due to their ability to remain longer in the bloodstream. 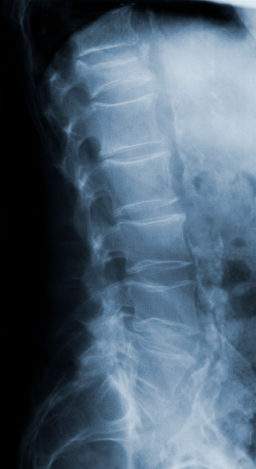 There is also a wealth of evidence to back up various further benefits of this apparently essential, but long overlooked nutrient, including its role in preventing heart disease and dementia.

A popular therapy for 2 decades

Nutritional, orthomolecular, and functional medicine doctors and practitioners, the world over, have been using nutrient combinations including vitamin K2 for bone strength for over two decades. In the UK, vitamin K2 and other important nutrients have been included in the leading supplement brands used by nutritional therapists for bone health since the 1990s. Calcium supplementation, without additional cofactors like vitamin K2 and trace minerals, appears to be the favoured approach only of allopathic physicians and dieticians, who have not necessarily kept pace with the latest nutritional science on nutrition and bone health. It is somewhat ironic then, that the latest calcium findings are being used to criticise those who generally know better than to use calcium alone!