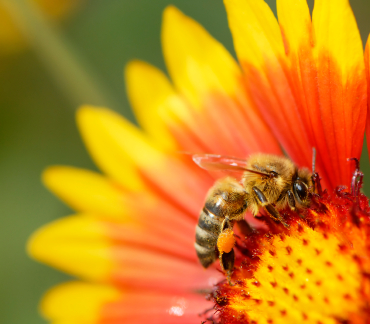 Amid massive worldwide concerns about bee colony collaps the French Minister of Agriculture, Stéphane Le Foll, has announced plans to withdraw its permit for the use of Syngenta’s Cruiser OSR pesticide, which has been widely used throughout France with colza or oilseed rape crops. This follows an article in the journal ‘Science', published at the end of March this year, which found that non fatal exposure of honey bees to the neonicotinoid systemic pesticide, thiamethoxam, causes “high mortality due to homing failure at levels that could put a colony at risk of collapse”.

According to press reports the controversial Syngenta pesticide has been suspended on the recommendation of the French agency for food, environmental and occupational health & safety (ANSES).

We understand that ANSES are also calling for changes in European regulations to enable better understanding of the sub-lethal effects of neonicotinoids into the process of plant protection product assessment. Meanwhile the European Food Safety Authority (EFSA) published an opinion on 1st June 2012, concluding “further data would be necessary before drawing a definite conclusion on the behavioural effects regarding sub-lethal exposure of foragers exposed to actual doses of neonicotinoids”.

Neonicotinoid pesticides may be one of several contributing factors implicated in bee colony collapse. Monsanto’s GMO maize is also implicated, and has led to the highly controversial MON810 being banned in Poland.  France’s own efforts to ban MON810 have recently been rejected by EFSA, who appear to be acting in the interests of Big-Agri-Business.. It has also been revealed that Monsanto acquired a bee research firm in September 2011, through which it perhaps hopes to implicate an ‘alternative’ villain for bee colony collapse!

Syngenta has two weeks to submit evidence to the French government proving that its Cruiser OSR pesticide does not harm bee colonies. We understand that the controversial Big Agri-Business corporation has sent an email to Farm Chemicals International calling it “a dark day for French and European agriculture and in particular those in the Oil Seed Rape chain…” .

We beg to differ, and congratulate the French government on their action. We believe that indiscriminate and over-use of pesticides in agriculture is simply unsustainable. Given the data becoming available, it is both reprehensible and typical that there have been no voluntary withdrawals of the pesticides in question by the various Big Agri companies. Proper application of the precautionary principle would of course require this while the jury is out, and bee colony collapse is a matter of crucial importance!