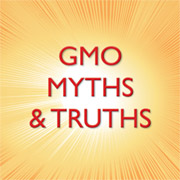 
Isn&rsquo;t it time for corporations and government agencies to be answerable?

A damning new evidence-based report about genetically modified organisms (GMOs) has just been published – and it reveals that most of the claims made by the pro-GM camp are nothing more than hot air.

This comprehensive and fascinating report, published by non-governmental organisation Earth Open Source, is entitled GMO Myths and Truths: An evidence-based examination of the claims made for the safety and efficacy of genetically modified crops. What makes it so powerful is that two of the authors are genetic engineers – Michael Antoniou PhD, of King’s College London School of Medicine in the UK, and John Fagan PhD, a leading sustainability expert in food system, biosafety, and GMO testing, and founder/chief scientific officer of the Global Id Group.

The report effectively dismisses the “far reaching claims” used as the basis for extensive promotion of GMO crops by the biotech industry, governments and government agencies and proponents of GMO technology. It reveals that the exact opposite of the pro-GM claims is true pretty much universally. Most notably, the reports shows that GMOs are associated with hazards to health and the environment – none of which comes as a surprise to those of us who have been following GMO developments closely.

Rather than representing the solution to world hunger, GMOs, according to these authors, not only fail to deal with the problem, but they also distract from its real causes: “Poverty, lack of access to food and, increasingly, lack of access to land to grow it on”.

The report provides evidence that conventional plant breeding outperforms GM crops in terms of yield, drought tolerance, disease and pest resistance – all of which confirms the findings of a 30-year study comparing organic with conventional farming methods, including GMOs. GMO-free farming is absolutely able to meet our present and future food needs, without all the risks and damage being wreaked by GMO technology!

The new report also echoes the findings of 400 scientists from 60 countries who concluded, back in 2008, that GMOs were no solution to food shortages in the developing world. This research was detailed in the UN’s International Assessment of Agricultural Knowledge, Science and Technology for Development (IAASTD) report.

The biotech industry and government agencies must now be answerable

Opposition to GMO technology can no longer be dismissed as emotional anti-science or pseudoscience. With every uncomfortable truth and dirty trick now exposed by solid science from genetic engineers themselves, GMO food and agriculture now looks less like an impressive, modern technology, and more like a dangerous and foolhardy con trick designed to secure ownership of the world’s food supply for highly unscrupulous and unethical corporations.