Back in December 2008, the European Commission decided it wasn’t, after all, going to harmonise laws on herbs or botanical substances EU-wide. This news seemed like a breath of fresh air for botanical aficionados living in countries like the Netherlands and the UK, who had long benefited from their governments' more liberal approach to regulation of plant substances within their national boundaries. But the Commission did also say that it would instruct the European Food Safety Authority (EFSA) to provide a risk assessment approach for use by national governments, so that there could at least be some similarity of approach. This kind of thinking is what drives guideline systems within trading blocs, or even between national governments. It’s the stuff Codex Alimentarius is made of, when it comes to regulating the world’s food supply. In the European case, it’s a way of achieving a higher degree of harmonisation than would otherwise be the case, without needing heavily centralised (in this case, Brussels-based) legal instrumentation to achieve the job.

While EFSA’s work on guidance for assessing botanicals started in 2004, it wasn’t until 2009 that comprehensive guidance appeared, including a "Compendium of botanicals that are reported to contain toxic, addictive, psychotropic or other substances that may be of concern". All of this was intended primarily for national government authorities, who would then use their national instruments to reign in any herbal products that were deemed to present a risk to consumers.

On 31st May 2012, however, EFSA published a revision to this guidance. The revision primarily constituted a revised Compendium of botanicals of “possible concern for human health when used in foods and food supplements”, along with two annexes. These annexes represent herbs or botanical substances that have already suffered restrictions at the hands of European regulators, but for which data supporting these restrictions are either insufficient (Annex A) or have not been located by EFSA (Annex B). Our view is that these three lists will now lead to more comprehensive clamp downs, even in Member States with previously more liberal regimes.

The 2012 revision of the Compendium, like the 2009 Compendium, was released to no great fanfare. We presume the reasoning is that the Compendium is designed principally for governments, and not for the people who rely on these substances for their health. However, it may well be the annexes, not the Compendium, that prove the most controversial. They include herbal species appearing on Member State negative lists or that have been subject to restricted use in one or more Member States. Some herbs have been added to these lists simply because they are very effective, i.e. they are deemed medicinal in their action, rather than because of any specific safety concern at the dosages typically used.

The main Compendium, effectively a 40-page table, runs from pages 10 to 49 inclusive of the PDF.

Annex A follows (5 pages, pp. 50–54 of the PDF), entitled "Botanicals appearing on a negative list or subject to restricted use in at least one European Member State but for which not enough information on possible substances of concern or adverse effect could be found, or for which the information present could not be verified." The title is self-explanatory, and the very fact that at least one Member State has already restricted the herb will often not bode well. As we indicated earlier, the reasoning behind the restriction might have absolutely nothing to do with a safety issue.

A snapshot of Annex A of the compendium.

Annex B (6 pages, pp. 55 to 60 of the PDF) is entitled “Botanicals appearing on a negative list or subject to restricted use in at least one European Member State but for which the Scientific Committee, through the analysis of the data found, could not identify substances of concern, or other data for the inclusion in the compendium. A systematic literature search should be performed for these species.” Again the title is self-explanatory, and EFSA’s Scientific Committee are effectively saying here they have no understanding why a restriction has been put in place. But they have covered themselves by proposing a literature search!

On the surface, not a great deal, since the Compendium and its annexes are in themselves toothless from a direct legal or regulatory standpoint. They represent, after all, just guidance. But when the guidance is in the hands of national regulators, that’s when it can all turn nasty, and when products that may have had a long history of safe use can be forced off the market.

With the advent of the Compendium and its two annexes, regulators will, in our view, be much more likely to view food supplements containing botanicals with a long history of health-promoting properties with suspicion – and then to reclassify them as ‘herbal medicines’. While they might tell companies that they should register them as traditional herbal medicines, as we’ve explained previously, this registration scheme is so narrow it is often simply not possible, for eligibility, technical or financial reasons, to ‘upgrade’ a very large number of botanical food supplements into it.

If it works, ban it

Worryingly for the herbal product-buying public, Annex B in particular contains some of the most useful plants both widely recommended by herbalists and used by consumers. These herbs, plant nutrients and phytochemicals also stand in direct competition to some of Big Pharma’s biggest earners. They include: 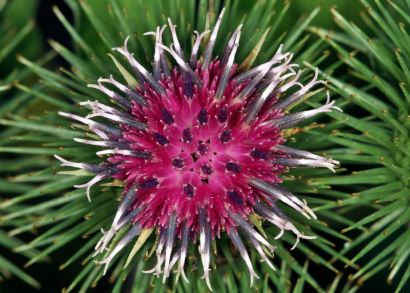 Burdock (Arctium lappa), one of the botanicals included within Annex B.

So, we have a list of herbs drawn up by EFSA that almost seems designed to raise questions about the safety of herbal species, without adequate justification. If this Compendium represents the latest example of the EU’s ‘boil the frog slowly’ approach to natural healthcare regulation, we need to begin asking questions now.

The other question that remains is: what about the thousands of herbal species that appear neither on the Compendium nor its annexes? Can we presume they’re all safe from a regulatory standpoint, as no human heath concerns have been flagged? We’d love to be able to say "yes", but the answer will inevitably be "no". On the contrary, their absence from all three of these lists is likely to prompt regulators to invoke the precautionary principle, and ban a given botanical substance if they are uncertain about it!