Simon Best, editor of Caduceus magazine (www.caduceus.info) was invited by ANH-Intl to write a feature on a specific type of magnetic therapy using pulsed electromagnetic fields that he's followed for many years. It's an area that Simon rightly indicated ANH Europe has rarely covered in past articles. The technology he discusses has a 25-year plus history of use, initially in Australia, for a very wide range of purposes, from helping those suffering bone fractures, through to cancer patients and sufferers of chronic pain. The technology is has now become available in the UK. Manufacture of the units has already begun in Birmingham, UK. Read what Simon has to say about it and see if this is a form of therapy that makes sense to you.

The use of magnets for therapeutic purposes dates at least as far back as the ancient Egyptians, with their use of lodestone, a type of mineral magnetite. However, modern magnetic therapy only really began after 1945, starting in Japan and moving to Europe with great success, such that nearly all European countries produced their own devices between 1960 and 1985. The first book on the subject, by the Bulgarian scientist Todorov in 1982, summarised the treatment of 2,700 patients with 33 pathologies.

From 1970, Dr Andrew Bassett in the US researched the treatment of delayed fractures with very specific, low-frequency signals. In one study, a group of 83 adults with un-united fractures were examined for the effects of bone grafting and pulsed electromagnetic fields. A remarkably successful healing rate of 87% was achieved in the original 38 patients treated with bone grafts and a pulsed electromagnetic field (PEMF) for un-united fractures with wide gaps, malalignment and synovial pseudarthrosis.  Of the 45 patients that were not successfully treated with PEMF and subsequently received bone grafting, re-treatment with PEMF was successful in a highly impressive 93% of cases.

Mainly as a result of Bassett and others' work, the US Food and Drug Administration (FDA) subsequently authorised the use of pulsed-modulated (as opposed to static) magnetic field devices for the treatment of bone fractures.

So much more than just bone benefits

Many other illnesses and conditions have now been investigated. Arthritis has been shown to respond well; Reynolds reported on a double-blind, placebo-controlled trial of foot and ankle arthrodes that showed significant improvement versus controls after 4 weeks [1].

Even cancer has been shown to respond: a recent study reported in the British Journal of Cancer found that the proliferation of liver and breast cancer cells significantly decreased after exposure to amplitude-modulated frequencies.

PEMF treatment of pain has been extensively studied. In a 2011 review of 27 randomised, double-blind, placebo-controlled studies, the 17 studies of static magnetic fields achieved, on average, no significant difference in pain relief. However, in 10 studies using PEMF, a range of effects was observed, from no effect to significant differences in pain relief between the patients given PEMF and controls.

Electromagnetic fields are usually characterised by four parameters: waveform, frequency, intensity and on/off or exposure cycle.  Part of the difficulty in comparing different study outcomes is the use of different combinations of these.

For those who like to understand more of the physics behind such devices, waveforms can be sinusoidal, sawtooth, square-form or various complex combinations of these. Frequency can run from less than a Hertz (Hz; one cycle per second) to very high frequencies into the megaHertz range (mHz; a million Hz) or above. Intensity or power density, usually measured in milli- (mT) or micro-Tesla (μT), can vary from extremely low levels equivalent to brainwave fields to very high-intensity fields that need to be well controlled. Finally, on/off time can also vary from picoseconds (10-12 s) to milliseconds (10-3 s).

Despite this wide range of experimental exposures, there is a general consensus that PEMF devices can relieve a wide variety of conditions.

A recent arrival to the UK is a device that was originally developed by an Australian doctor, Dr Robert Grace, and sold worldwide for over 25 years, with a large number of testimonials to its efficacy.

The MagnaPulse unit, for portable use.

His best results were achieved by approximating human brain waves in terms of both frequency (0–30 Hz) and waveform. Using a low-intensity signal (0.3 mT) and an on/off cycle that allows cells to rest between exposures, rather than receive a continuous signal, Dr Grace treated a wide variety of human conditions.  For example, recovery from athletic injury was considerably accelerated. Vets also use it to treat various animal conditions, including those in horses. 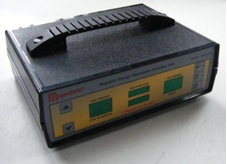 The Magnafield unit, for home/office use.

Dr Grace lectured on PEMF around the world, was a friend of Professor Linus Pauling – winner of two unshared Nobel Prizes and advocate of high-dose vitamin C – and in 25 years never had a single unit returned. 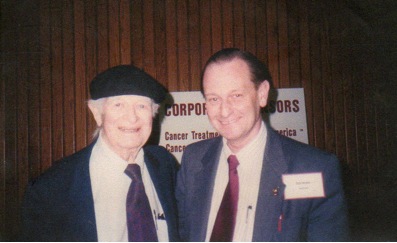 Two units, one for home/office use, one portable, are now being manufactured near Birmingham, UK. Dr Michael Clark, MD of MagnacareUK, said, “I was very impressed with the pain and inflammation relief that the unit induced, together with all the testimonials to its other effects, which convinced me to take up the offer by Dr Grace’s widow to produce it here to make it more available to UK sufferers seeking a non-drug alternative.”