Home News Should you be concerned about electromagnetic radiation? 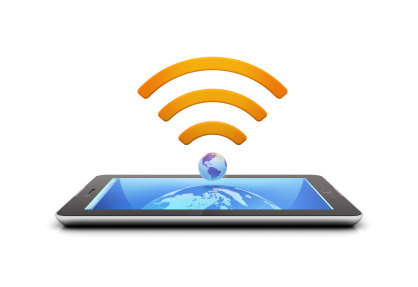 Should you be concerned about electromagnetic radiation?

The Environmental Health Clinic of a Canadian hospital recently hosted a day of interactive lectures attended by doctors, experts and patients, to ‘share and discuss’ issues surrounding Electromagnetic Sensitivity (EMS). The Clinic wants to raise awareness, educate health-care practitioners and further help the growing number of EMS sufferers seeking help. In the meantime Health Canada, along with most other government authorities, is playing down any health risks associated with electromagnetic radiation (EMR) and dismisses any association between EMS and EMR exposure. This approach all seems very lax for a country that's developed a pre-market authorisation that risks banning one third of natural health products currently on the market without significant evidence of harm. Such draconian measures are fuelled the precautionary principle which requires that in the event of uncertainty, every effort should be made to protect public health. So it's somewhat ironic that this same government should allow children and others to be exposed to EMR form multiple sources where there is such a growing body of evidence regarding the risks, especially from combined exposures.

With the burgeoning growth of cell/mobile phone use, cell phone masts, wireless (WiFi) internet routers, WLAN/PC networks, cordless phones, Smart meters, radio/TV and other transmitters and receiving devices, there has been a marked increase in symptoms suggesting sensitivity, or hypersensitivity, to this technology. Evidence for the association of EMS with EMR, and for risks of serious health effects is mounting. While we have evolved being exposed to natural levels of EMR in our environment, it is the recently elevated exposure to frequencies of radio- and micro-wave radiation emitted by so many modern technologies that is the main concern in both urban and developed areas.

Meanwhile, a review has just been published in the print version of the Journal of Andrology entitled: Effects of the Exposure to Mobile Phones on Male Reproduction.

It concludes that the structure and motility of sperm are affected by cell phone use in animals and humans. Although the radiation exposure in the studies was not necessarily of uniform radio frequency wavelength, depth of penetration or length, there was evidence that cell phone radiation increased oxidative stress and damaged sperm membrane and DNA. And what's more, the damage was in direct relation to the duration of cell phone use. This follows news earlier this year about possible effects on unborn babies, as a result of studies conducted in the US and China.

Concerns about the vulnerability of children to EMR exposure from cell phone use and WiFi has long been a particular concern. Last year, the Council of Europe passed a resolution recommending various measures to protect people, and children in particular, from excessive EMF exposure, including wired internet connections in schools, and the creation of radiation-free zones. Last week in the US, it was reported that pediatricians are calling for a long overdue review of cell phone radiation standards.

A 2012 comprehensive review by the UK’s Health Protection Agency (HPA) on mobile phone technologies found ‘no solid evidence of health effects’. We notice that this review excluded a significant 2011 study by Chinese researchers. The HPA review even flies in the face of the May 2011 World Health Organization International Agency for Research on Cancer press release, which declared that EMR is possibly carcinogenic to humans. Flying in the face of evidence that raises such concern, begs the question – why are these communication devices  still being touted as safe? Are we once again being sacrificed at the altar of corporate profits? Truth be told, most of us are completely wedded to the portability of our hand held devices, but we need to face the ultimate price that we may pay for this and employ counter technology to help ameliorate the effects.

What can you do to reduce EMR exposure?