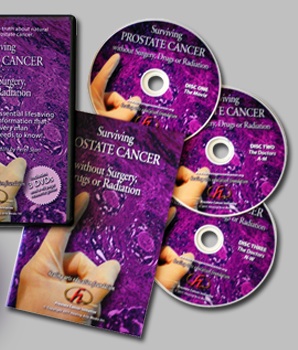 ANH-INTL FEATURE: Documentary on prostate cancer — essential viewing for all men over 40

Peter Starr contacted me over two years ago to tell me about his project to make a film stimulated by his own experiences with prostate cancer. A mutual contact of ours had suggested Peter get in touch given the nature of our remit at the Alliance for Natural Health, internationally, in Europe and of course in the USA.

When I took Peter’s first call, I was immediately captivated by the Americanised Brit’s sincerity and desire to communicate to the world what he’d discovered over the last 8 years about this not-so-often-talked-about disease. And he was someone who specifically decided against taking the advice he was first given by his doctor. Frankly, Peter’s approach, and sensitivity towards this delicate subject, wasn’t what I expected from an LA-based director of around 40 motorcycle movies. 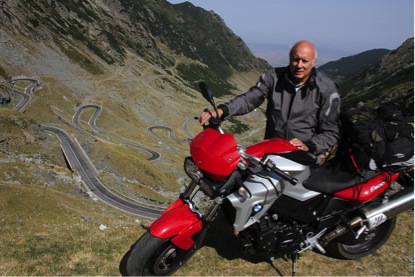 Peter Starr: doing what he loves, at the Transfagarasan Pass, Transylvania, Aug 2012

It wasn’t until ExpoWest in March this year that I had the chance to meet Peter in person for the first time. The same passion and humility was there — and I received my first copy of the DVD, a pre-release version of “Surviving Prostate Cancer without Surgery, Drugs or Radiation”.

Peter raised a lot of money to make the documentary — and that was evident in the film, which includes interviews of doctors, naturopathic physicians — and patients — from many different parts of the world. Opening the DVD case reveals a 3-DVD set – the first DVD being the main offering, the 90-minute movie itself. The second and third DVD contain around 5 hours worth of interviews with most of the 43 medical doctors (MDs), 6 naturopathic doctors (NDs) and 6 PhDs who were interviewed along the way. Within this, especially for high-risk patients, or those already diagnosed, you’ll find many a gem that will be hard to find elsewhere.

When I eventually found the space to watch the movie, I quickly realised just what a feat Peter had accomplished. From the sheer amount of information and advice, from the quality, breadth and range of clinician, researcher and patient’s views amalgamated, to the immaculate computer graphics used to help men to understand both how prostate cancer develops and how it is typically diagnosed and treated — often with dire consequences. No wonder Peter is talking about trying to help draw attention to the movie by roping in the likes of famous motor-cycle-loving celebrities. Peter has the idea of doing roadshows in which bikers would ride from city to city, both in the USA and Europe, and draw attention to screenings. In that, being similarly passionate for things two-wheeled, I’d be thrilled to join him on at least one of the rides! Peter’s mission is simply to communicate the messages in the film to the maximum number of people, men in particular. The importance of understanding the risks associated with conventional diagnosis and treatment approaches of prostate cancer, and just as importantly, what else can be done to monitor, prevent or remedy the disease, cannot be understated.

Essential viewing for any man over 40

Put simply, Peter Starr has accomplished something truly unique. He has created information that we believe is essential viewing at least for every man over the age of 40. More than that, there are many women out there who will be fascinated by the documentary, particularly when faced with male loved ones who have their heads buried deep in sand, are blindly following the line given them by their urologists, or are presently suffering side effects from surgery, drugs or radiation.

Cancer stats from industrialised countries, typical of those from England show that prostate, lung and bowel (colorectal) are the most common cancers in men, with breast, lung and bowel being most common in women. But the incidence of prostate cancer is, staggeringly, about double that of lung or bowel, being roughly equivalent to both these other cancers combined! But the reality is that most deaths occur in the over-85s, with many more men being more likely to die with prostate cancer, rather than from it.

For around 90% of men, prostate cancer progresses slowly. The real problem, as is so well demonstrated in Peter Starr’s documentary, is that there is an epidemic of early diagnosis and over-treatment. It’s the mayhem that this creates for so many men that is so often shielded from public view, and it’s this view that Peter Starr shines a bright light on. Putting a number on it, around 30 million men are screened annually in the USA alone. High PSA levels often trigger biopsies, and it’s then, for many men, that the real trouble begins.

The extent of the debilitation and suffering caused by the over-diagnosis and over-treatment of slow growing prostate cancers — that represent around 90% of all those detected — has got to be witnessed via the many patients interviewed. The side effects, that Peter Starr suggests would be better termed “direct effects”, include permanent incontinence (affecting one or both passages) and loss of sexual function and libido. For some men, these changes completely destroy their quality of life, and the documentary shows men who’d rather not be alive having suffered at the doctors’ hands. But it’s the sheer lack of information given to men by their doctors prior to biopsies being taken, or surgery or radiation being administered, that is truly shocking.

The documentary rightly pours scorn on the massive over-use and abuse of the PSA test, still widely used as a marker for prostate cancer. The test’s inventor, Dr Richard Ablin, has become one of the most outspoken critics of the test. Writing in the New York Times, he said: “I never dreamed that my discovery four decades ago would lead to such a profit-driven public health disaster”.

Ablin describes that the US Food and Drug Administration’s original decision to approve routine PSA screening was based on a single study that showed it could detect just 3.8% of prostate cancers. Recent detailed evaluations of all evidence in the New England Journal of Medicine fail to show any net benefit of routine screening. And while Ablin admitted a recent European study showed a small decrease in death rates, 48 men would need to be treated to save one life. He wrote: “That’s 47 men who, in all likelihood, can no longer function sexually or stay out of the bathroom for long.”

Diet and lifestyle: both the cause and the cure for most

The documentary through its array of doctors and clinicians, reminds us that prostate cancer isn’t something you catch. As Dr Gerald Couzens, co-author of The Whole Life Prostate Book puts it to those diagnosed with the condition: “You didn’t catch prostate cancer, you earned it — through your lifestyle.”

And there is an increasing body of evidence showing that diet and lifestyle can as easily be the cause, as it can be the solution. Pioneering diet and lifestyle doctor and researcher Dean Ornish MD demonstrated back in 2005 that intensive lifestyle change could have dramatic effects on the progression of early-stage prostate cancer in younger men.