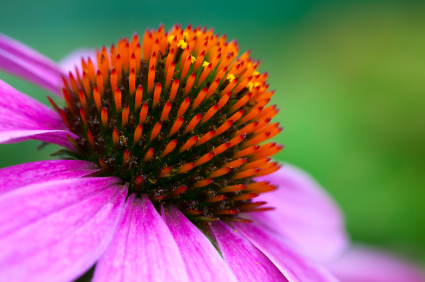 Please take a second or two to respond to our poll on this subject...

According to the MHRA’s press release, it now recommends that children under 12 years of age should not use oral herbal medicinal products containing Echinacea, which are popularly used to treat colds and flu.  Apparently, “The perceived benefits of the use of Echinacea in children under 12 years are outweighed by the potential risks in this age-group and there is a low risk of allergic reactions but these could be severe.”  The Irish Medicines Board (IMB) quickly followed suit.

The MHRA/IMB decision has been criticised by herbalists’ organisations in the UK and Ireland, bloggers and both UK and Irish retailers, and a petition calling for the MHRA to reverse its advice has been set up.  With regard to the latter, we must point out that there is no suggestion yet of Echinacea being ‘banned’: the MHRA/IMB is merely advising parents not to give it to children under 12, and products are being relabelled accordingly.

Although mute on the basis of its decision, the MHRA/IMB appear to have jumped on the findings of a single study, reported in a Cochrane review on Echinacea for preventing and treating the common cold.  People, especially children, suffer allergies from natural substances found in their environment.  But allergies to members of the daisy family (Asteraceae/Compositae), which include Echinacea, ragweed, chrysanthemum, marigold and daisies, are rare – and they are not severe.  They are simply mild skin rashes.  Owing to the lack of adequate studies, the Cochrane review also finds inadequate evidence of benefit in children, while recognising a benefit in adults.  This is counter to decades of clinical experience, and is much more likely a function of the number and quality of studies in children, that are generally considerably harder to gain ethics approval for.

We’re presently waiting for a reply to a series of questions to the MHRA, including whether it made its decision in response to additional cases of adverse reactions to Echinacea in children under 12, and we’ll update you when we know more.  For supporting evidence, the MHRA points interested punters, such as ourselves, to the European Medicines Agency’s (EMA’s) database of information on herbal medicines for human use.

Table 1 below is a compilation of the relevant safety data from the various EMA monographs on Echinacea and the corresponding assessment reports by the Human Medicinal Products Committee (HMPC).

It’s crystal clear from the data in the table that Echinacea is a remarkably benign substance: it’s been used for a long time, by thousands upon thousands of people, with – to quote the EMA’s own documents, and by extension the MHRA/IMB – “No serious undesirable effects reported”.  None of the documents have been recently updated with damning new information on Echinacea’s supposedly perilous effects on children under 12.  Where Echinacea is not recommended for those children, it’s due to a lack of data and not safety concerns.  And it’s anyone’s guess why the EMA monograph for E. pallida cites children under 12 as a contraindication: statements in the monograph are not individually referenced, although a list of references is provided, and the HMPC assessment report says nothing about a contraindication.  Either way, E. pallida is not widely available on the UK or Irish marketplace.

These data show us that hypersensitivity reactions to Echinacea are extremely rare, much rarer in fact than similar reactions to common foods widely distributed in the European marketplace, such as dairy, wheat and peanuts.  To be logically consistent with its stance on Echinacea, a regulator would have to ban these foods and not just issue a recommendation to restrict their use – which, let’s face it, isn’t going to happen.  A far more realistic way around the problem is for manufacturers to include an allergy warning on the labelling and/or product insert, something the larger manufacturers, at least, already do. This is much preferable to issuing a warning that denies the vast majority of a given population group, in this case children under 12, use of a product that so many have benefited from over so many years.

We suspect that the MHRA and IMB are ‘testing the waters’ with their decisions.  Because Echinacea is so popular, with clearly beneficial effects in upper respiratory tract infections including colds and flu – and a direct competitor to children’s medicines like Calpol which, unlike Echinacea, don't actually address the immune system itself – the MHRA and IMB may feel emboldened in their apparent crusade against herbal products if no public outcry occurs (see our ‘Call to Action’, below).

In that case, we wouldn’t be at all surprised if the MHRA and IMB then acted to actively ban Echinacea products that are sold as food supplements.  Their likely justification would be that Echinacea products pose both a danger to children, and, citing the Cochrane finding, are therapeutically active only in adults.  This would give the regulator the power to declare Echinacea food supplements or teas to be ‘unlicensed medicines’.  And it would force their removal from the market.  This would leave only the registered medicine versions, precisely what many who have spent significant amounts of money registering products have wanted all along.

We don’t want that to happen, and we’re sure you don’t either.  So let’s give the MHRA/IMB the public outcry that will stop it in its tracks!  See our ‘Call action’ below for how to get involved.


The Irish Medicines Board

We'll be sure to keep you posted on the response to our letter to the MHRA.