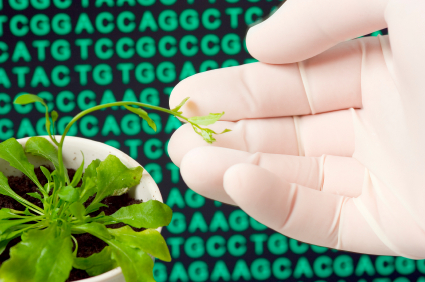 Watch Genetic Roulette,the new film by Jeffrey Smith of the Institute for Responsible Technology, free at this link until 22nd September!

Live in the European Union (EU)? Think the battle over genetically modified (GM) food is won? Think again. Governments worldwide — including the European Commission, and those of the UK, Holland, Sweden and many other EU Member States — want GM on your plate. And they’re prepared to play dirty.

Much to the envy of US campaigners, compulsory labelling of foods containing more than 0.9% EU-approved GM ingredients has long been the norm in the EU. Since April 2007, there has been zero tolerance for non-authorised GM material in any food or animal feed sold on the EU market.

However, there are moves afoot to change this situation. The first step was to enact Regulation 619/2011, which permitted a ‘technical zero’ of 0.1% non-EU-authorised GM material in animal feed. The justification was that 0.1% is, “The lowest level where results are satisfactorily reproducible between official laboratories”.

After the possibility was first discussed at the 12th December 2011 meeting of the EU Standing Committee on the Food Chain and Animal Health, former UK Health Minister Anne Milton MP later let slip that, “At a Standing Committee meeting in Brussels on 7 June the Commission announced that it plans to issue a proposal for extending Regulation (EU) 619/2011...to include food.” Although the minutes of the 7th June meeting don’t say as much, we’ll defer to Ms Milton on this one. Big Food and Big Biotech appear to be getting their way – yet again.

This policy amounts to official acceptance of low-level contamination of all human food with GM material. The consequences of this are extremely worrying:

Officially sanctioned GM contamination of the food supply is an emerging global problem.

GM is already ubiquitous in the USA processed food chain, thanks to a creeping takeover of the US government by current and former biotech industry representatives. The UK government is far more pro-GM than even its own advisory committees and can be expected to support a ‘technical zero’ to the hilt. The Canadian government appears to be on the same ‘technical zero’ track as the EU. Australia and New Zealand currently have a zero tolerance policy for non-approved GM material in the food supply, but ongoing globalisation may threaten this situation in future.

All of this makes California’s forthcoming vote on labelling of GM foods more vital than ever. If a ‘yes’ vote is achieved, the biotech industry will be in serious trouble. Using a ‘technical zero’ to contaminate the food supply with GM may represent the nuclear option for Big Food and Big Biotech: a panicked move to neuter the labelling threat by any means necessary. However, the effects of US labelling of GM-containing foods is likely to be so profound that GM may become obsolete in very short order – making the ‘technical zero’ itself an unneeded relic.

California’s GM labelling debate and the creeping introduction of a ‘technical zero’ are two sides of the same coin, two aspects of the same struggle to maintain control over a food supply free of GM material.

We believe that we must work together to do all we can to ensure that genetic modification of foods becomes a relic – a lesson to future generations on the misuse of technology.