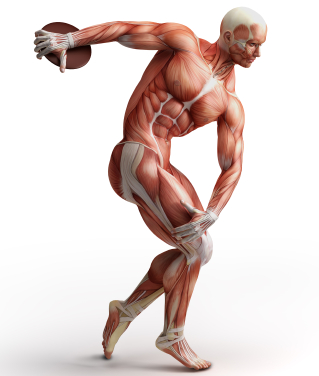 ANH exposes how university students and schoolchildren are &lsquo;coming under the influence&rsquo;

Big Pharma worked out decades ago that the best way of selling its products was to make sure that prescribers knew all about them – and not a lot about non-drug therapies. This led to Pharma’s well-known stranglehold on medical education. Now it wants to get its hands on sports science training — presumably to influence the next generation of sports scientists and trainers.

The second largest pharmaceutical company in the world, UK-based GlaxoSmithKline (GSK), appears to be leading the way, with tentacles creeping into several universities. And it doesn’t stop there: the company is also targeting UK schoolchildren, using the Olympics to get its foot in the classroom door. 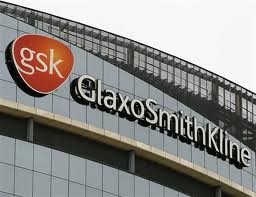 GSK House, the company that offers its empolyees the chance to help millions of people do more, feel better and live longer

How does Big Pharma overcome its ongoing lack of ideas and put off the inevitable day of reckoning? Enforced takeover of the natural products industry, check; expansion into developing world markets, check; pharma-friendly media organisations, check. To that list, we can now add a slow infiltration of the teaching of young adults who’ve signed up to study sports science. GSK’s idiom appears to be ‘Get them whilst they're young and impressionable’!

It makes perfect sense. Sports science is potentially huge business for Big Pharma, and it is currently populated with a plethora of smaller players, many of which will struggle in the face of ever-tightening regulation. There are a tiny proportion of ‘cowboy’ players, as well as those which illegally introduce drugs and other banned substances. These are perfect for GSK: they can parade their misdeeds in front of an attentive audience and tell the world how much better off they’ll be with known quantities like GSK. Of course, they’ll also be riding the recent wave of sports hysteria stimulated by the 2012 Olympics and Paralympics.

GSK was the Official Laboratory Services Provider for the 2012 London Olympic and Paralympic Games. To those who watched the amazing sporting spectacles of this last summer on television, it won’t have gone unnoticed that GSK got a lot of mileage in advertising its role as provider of anti-doping science for the games. Spurred by the enormous success of the games, it has now launched Scientists In Sport in collaboration with several UK universities: King’s College London, Exeter, Liverpool, Loughborough and Bedford. All except King’s run sports science courses – and the connections with GSK are obvious and worrying.

Exeter’s Sport and Health Sciences Department works closely with GSK. Its fingerprints are all over Liverpool John Moores University’s sports science course. GSK supports research at Loughborough, and the university employs ex-GSK staff in its School of Sport, Exercise and Health Sciences. Bedford tops the lot, though: its Head of the Sport and Exercise Sciences Department and Director of Sport, John Brewer, used to be GSK’s Director of Sports Science! His media pronouncements are entirely consistent with his employment history – which, given the state of the science, is nothing short of disgraceful.

We’ve also been informed that sports science students at one university will receive lectures not only from visiting GSK personnel, but also from sports scientists from Maxinutrition. We wonder how many students — or indeed possibly lecturers — are aware that Maxinutrition is owned by GSK and that the two experts are therefore employed by the same company?

Doing it for the kids

But the tentacles go even deeper. Scientists In Sport is a schools outreach programme, whereby GSK representatives go into UK classrooms, explain the basics of athletic drug testing to kids and, “Enthuse students about science and engineering as future career opportunities”. Surely there are other independent academic providers that could provide this service? All this is courtesy of the UK Government’s STEMNET scheme, “A UK Government-funded programme to increase young people's choices in science and technology subjects”.

Once again, the UK government is handing the pharma industry complete access to the lives of its citizens. Now that you’re aware of what’s going on, are you going to simply let this happen – or take a stand before it’s too late?

Let’s remember; it was the pharmaceutical industry’s take-over of medical education in the immediate post-WWII period that has led to the dominance of drug-based strategies in mainstream healthcare. This has culminated in an over-emphasis on the treatment of symptoms of disease, rather than disease prevention.

Together we can take a stand now to stop a similar take-over of sports science education — and the subconscious influence of schoolchildren by pharmaceutical interests.