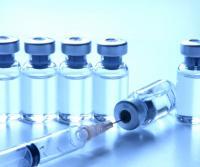 In what is becoming an annual winter tradition to rival present-giving and bad TV, the push for everyone to get their flu jab is well and truly on. But how can authorities justify their advice when the most respected of evidence-reviewing groups can’t find any evidence that flu jabs significantly benefit public health?

No matter where you live, it seems, official campaigns to persuade citizens to get a winter flu jab are the norm. All healthy people, apparently, should consider flu vaccination, especially pregnant women, over-65s and healthcare workers. Supermarkets and pharmacies are getting in on the action.

And no doubt to increase both compliance and profits, UK children are soon to be offered a nasal flu vaccination after the country’s (now ex-) Health Minister was persuaded that such a programme, “Could reduce the rate of infection by 40%”.

There are many problems with this situation, most of which are being trampled by the elephant in the room. Incredibly, as far back as 2010, the Cochrane Collaboration – considered the crème-de-la-crème of the ‘evidence-based medicine’ movement – forensically examined the evidence both of effectiveness and harm of the annual flu jab. Cochrane found that the jabs were marginally effective at best, even in the, “Relatively uncommon circumstance of vaccine matching the viral circulating strain and high circulation.” Said another way: the vaccine is next to useless for healthy adults.

Furthermore, “Inactivated vaccines,” said Cochrane, “Caused local harms and an estimated 1.6 additional cases of Guillain-Barré Syndrome per million vaccinations”. But most damning was their rider in the form of a warning. Here it is verbatim – you can make up your own mind about what it means:

This review includes 15 out of 36 trials funded by industry (four had no funding declaration). An earlier systematic review of 274 influenza vaccine studies published up to 2007 found industry funded studies were published in more prestigious journals and cited more than other studies independently from methodological quality and size. Studies funded from public sources were significantly less likely to report conclusions favorable to the vaccines. The review showed that reliable evidence on influenza vaccines is thin but there is evidence of widespread manipulation of conclusions and spurious notoriety of the studies. The content and conclusions of this review should be interpreted in light of this finding.

Let’s look at this Cochrane review that must be — as its authors state clearly — seen as compromised and biased given the available data sources. The findings in the review, entitled Vaccines for preventing influenza in healthy adults, weren’t equivocal. The authors performed a systematic review of 40 randomised, controlled trials (RCTs) of flu vaccination versus placebo or no intervention, or RCTs comparing types, doses and schedules of flu vaccines. The authors concluded that, in a best-case scenario when the vaccine flu strain matched the circulating strain, 4% (expressed as a risk difference [RD]) of people given a flu jab of the type used in public vaccination schemes develop flu symptoms, compared with 1% of unvaccinated people. In the much more common circumstances when there is a mismatch, the figures were 1% versus 2%, respectively. The authors found no evidence that the vaccines prevented viral transmission or flu complications – the other main public-health justifications for the flu jab.

As for the live, weakened nasal vaccine destined for UK kids, “The effectiveness, according to WHO [World Health Organization] criteria, appears relatively low”. Coming to any conclusion was difficult because of, “A limited number of studies presenting conflicting results”.

When it comes to the all-important issue of safety, the authors stated that, “Although the possibility of causing serious harm may be rare, it must be born in mind when proposing the inception of a mass campaign of immunisation to a whole population”. As per Cochrane’s warning, many of the papers they reviewed – and particularly their conclusions – were manipulated through their pharma funding, meaning their results were more likely to be biased in favour of population-wide vaccine campaigns.

Clearly, health authorities have not taken the Cochrane findings on board. In fact, the report’s authors had strong words on the misuse of their research by official bodies – something that is almost unheard of in the world of academia, which normally couches criticism in understated and jargon-ridden language. “The content and results of previous versions of this review have been extensively misquoted especially in public policy documents,” they complain, before going on to quote shocking manipulation of their data by the US Centers for Disease Control and Prevention (CDC). “The CDC authors clearly do not weight interpretation by quality of the evidence, but quote anything that supports their theory”.

That theory being, of course, that flu vaccines are incredibly safe and up to 90% effective, so everyone should get one. A defective theory held by most major government and health authorities worldwide.

Evidence-based when it suits them

The flu vaccine provides one of the clearest possible example that governments and public health authorities use and abuse the ‘evidence-based’ concept to suit their agendas. The UK National Health Service (NHS), for example, states that, “Systematic reviews are widely accepted as the 'gold standard' resource in terms of evidence-based healthcare information,” and describes the Cochrane Collaboration as, “The leading resource for systematic reviews in health care”. As soon as Cochrane provides evidence questioning the NHS’ pet vaccination schemes, however, its findings are dropped like a hot potato.

How much longer can these deceptive, dangerous and – from a health point of view – pointless vaccination practices continue? How much government funding has gone into looking at alternative strategies that help people to look after their immune systems better?