Systems biology: looking at all the data

As defined by one of the key researchers in the field, Dr Ben van Ommen, Principal Scientist at the Organisation for Applied Scientific Research (TNO) in the Netherlands, systems biology is, “The ultimate goal of molecular nutrition research, where all relevant aspects of regulation of metabolism in health and disease states at all levels of its complexity are taken into account to describe the molecular physiology of nutritional processes”. In other words, it’s all about looking at all the data to get a complete picture of how nutrients affect the body.

Systems biology attempts to simplify its mountainous task by identifying four broad systems, which interact with each other and with dietary micronutrients:

Systems biology takes the data from these various ‘omics’ approaches, analyses them appropriately and develops working, validated models that further our understanding of key biological process – human nutrition being one of them.

Evolution to a systems level

Although evolving our understanding to a systems level presents a huge challenge, many of the necessary tools have existed for some time. Functional genomics and nutrigenomics are well established, and techniques for quantifying the transcriptome, proteome and metabolome are in development.

Micronutrient biological networks are a powerful example of the potential of systems biology. Analysis of the human metabolome and proteome has allowed scientists to describe the range of interactions associated with particular micronutrients.

EFSA’s evaluation of complex interactions between multiple systems in the body has typically yielded nothing but negative opinions. One example (see Figure 1) is the essential amino acid tryptophan. Ingestion of supplementary amounts have been demonstrated to correct depression, especially when taken as its metabolite 5-HTP (5-hydroxytryptophan). 5-HTP, which occurs naturally in the seeds of the African plant Griffonia simplicifolia, works through induction of the feel-good hormone serotonin that acts on specific serotonin receptors in the brain.

And what did EFSA say? Nothing actually. Based on EFSA’s opinions, the European Commission (EC) has seen fit to ‘non-authorise’ four tryptophan health claims and three 5-HTP claims while authorising none. Is this because EFSA and the EC don’t want competition from nutrients to affect sales of selective serotonin reuptake inhibitor (SSRI) drugs, like Prozac, which can also enhance serotonin levels by blocking its re-uptake? It’s actually the inhibition of receptors, in a manner typically not induced by natural products, that so often leads to drug side effects – and this problem is certainly the case for SSRI drugs. 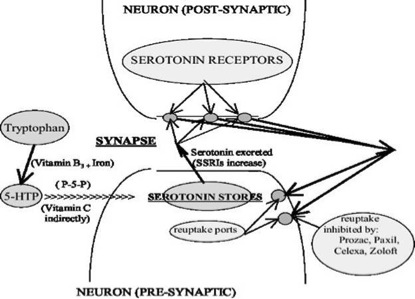 Systems biology has the potential to produce a ‘nutritional phenotype’ [Figure 2] for each individual, and the developing Nutritional Phenotype Database (dbNP) will greatly aid future research. 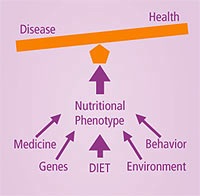 EFSA: rejecting most of the data

The terms of reference given to EFSA in the Regulation itself require that the Authority evaluate claims taking into account the, “Totality of the available scientific data, and by weighing the evidence” (Recital 17). In this, EFSA fails spectacularly. Its approach ignores all forms of evidence except randomised, controlled clinical trials (RCTs) in healthy human beings, unless this evidence provides support for the RCTs. For health claims to be approved, EFSA requires the applicant to demonstrate – via RCTs – a cause-and-effect relationship between the food/ingredient and the claimed health effect. Multi-system interactions, such as TRP metabolism, cannot be studied in this way. A recent consensus paper criticised EFSA’s reliance on RCTs partly from a systems biology perspective, while noting that metabolomics is expensive and will require time to gather sufficient reference data.

That assessment may be overly pessimistic, however. A recent paper from Dr van Ommen’s group, “Introduce[d] the metabolomics and proteomics based Postprandial Challenge Test (PCT) to quantify the postprandial response of multiple metabolic processes in humans in a standardized manner”. Over the next 4 years, a TNO-led project, funded by the European Commission, will further develop the PCT technique. One projected use is in support of health claims applications. The technique relies on the fact that a person in a state of optimal health will recover from, or be more resilient to, any kind of physiological (or even emotional) challenge better than someone of less robust health.

EFSA, are you listening?

But is four years too long to wait? EFSA needs to change its course immediately – especially before it’s asked to complete its evaluation of around 1600 remaining botanicals and probiotics. Coincidentally enough, these assessments were put on hold a whole four years ago.

The holistic nature of systems biology reveals EFSA’s present approach as a remnant of an early variant of evidence-based medicine that focused on examining substances that are not native to human evolutionary experience, i.e. new-to-nature drugs. These defunct methods can only be martialled by those who have closed their eyes to vast swathes of scientific evidence, along with profound recent scientific progress in our understanding of nutritional science and systems biology. EFSA’s head-in-the-sand approach, which it continues to claim is necessary given its terms of reference from the Commission, Member States and the European Parliament, will put blinders on the information-hungry consumer as soon as 14th December this year. This is the date when some 1,719 non-authorised ‘general function’ (Article 13.1) health claims will become illegal throughout the EU.

That alone is a tragedy; it will be a cruel twist of the knife if EFSA fails to embrace a systems biology approach at the earliest opportunity.

So please help our lobbying efforts to make a difference.