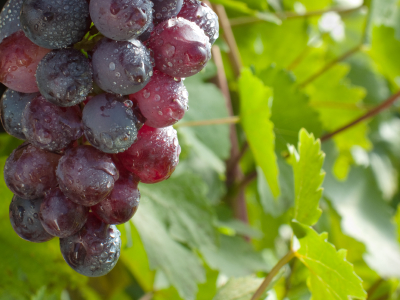 Behind the scenes of fraud allegations against resveratrol and curcumin researchers

Can we take at face value charges of fraud aimed at two prominent natural product researchers – especially when those products pose such a huge threat to lucrative pharmaceuticals?

Dipak Das is no wet-behind-the-ears scientific newcomer: as a professor in the Department of Surgery and Director of the Cardiovascular Research Center at the University of Cincinnati (UoC), OH, USA, he can safely be labelled a ‘big shot’. Over 600 of his research papers are currently cited on PubMed, 59 of which concern the ‘red wine’ molecule, resveratrol, a molecule with an extensive range of benefits found at high concentrations in red grape skins – and it’s these papers that are causing headaches for the Professor.

Following a tip-off – anonymous, of course – in 2008, his University undertook an, “Extensive research misconduct” investigation, announcing in January 2012 that Das was guilty of 145 counts of research fraud and data falsification. As of September this year, 17 papers have been retracted by the publishing journals – with resveratrol the topic of most of the retractions. Das’ career is now in freefall.

It’s impossible, as of today, to understand the exact nature of the allegations against Das, since the full 60,000-page(!) report hasn’t yet been released by UoC and links to the 49-page summary no longer work for reasons that are unclear. However, the retractions to date have occurred due to irregularities with some of the images used in the papers: Das is accused of manipulating them to falsify data, while he claims his laboratory only made minor changes, such as increasing the contrast on Western blots, upon request from the journals.

To get a full flavour of this developing story, we recommend checking Retraction Watch, watching Prof Das’ video rebuttal and reading the pro-Das articles written by veteran natural health journalist Bill Sardi, while bearing in mind that Sardi is managing partner for resveratrol manufacturers Longevinex.

This may, of course, be a case of a researcher fiddling the figures to get the results he wanted. But a few questions occur to us about the Das affair. Why, for example, would a tenured professor of high academic standing suddenly get a taste for research fraud after a long career, including nearly 30 years at UoC? Why did UoC notify Prof Das of the imminent release of its epic report while he was lecturing abroad, and give him only 4 days to respond to the allegations – knowing that he was recovering from a stroke? Is there anything to the numerous other irregularities mentioned by Das in a letter to UoC authorities? Do the accusations go beyond image manipulation, which is easy to allege but difficult to refute? And is there any motive for people with vested interests to rubbish the career of a high-profile researcher into a antioxidant with a long list of potential health benefits, including protection from heart attacks, that could one day cause huge damage to drug profits?

We think the last one answers itself. And it’s particularly interesting that the anonymous tip-off that started the Das affair came from the Office of Research Integrity, an arm of the US government – which is, as we all know, no fan of food (dietary) supplements.

Curcumin, one of the active components in the spice turmeric, is another natural product with a list of benefits guaranteed to turn pharma executives a sickly shade of grey. And in a case with astonishing parallels to that of Prof Das’, researcher Bharat Aggarwal has been accused of manipulating images in papers concerning curcumin and resveratrol, among other topics.

It’s too early to tell whether this is, as Bill Sardi terms it, an “inquisition” – but we’ll be following both cases closely.

Resveratrol: read a recent review article showing how researchers are trying to wrestle resveratrol away from the nutraceutical sector and turn it into a new, safe chemotherapeutic agent against cancer.

Curcumin: another review article that shows why curcumin should be an essential phytonutrient in every adult’s diet, and should be recommended by all clinicians, especially to people with a higher than average risk of cancer.