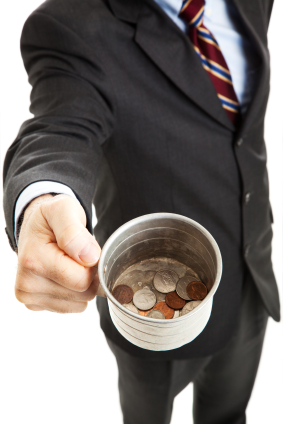 International cancer forum calls for more of the same despite failures

The cancer establishment is up to its old tricks: glossing over decades of failure, asking for more money and pouring scorn on alternatives to its ‘cut, slash, burn and drug’ approach.

Attendees at the recent World Oncology Forum (WOF) in Lugano, Switzerland, must have gone away feeling rather depressed. According to the summary in the UK’s Guardian newspaper, the assembled experts related a litany of failure:

This is a dire situation, agreed the assembled cancer specialists, who decided on a 10-point plan to address oncology’s problems. This is due to be published in early 2013, so we only have the Guardian’s early report to go on. But it sounds rather like the cancer establishment’s almost yearly plea for more cash, AKA increasing research: it included, “A goal to cut deaths globally, oppose tobacco – possibly by a tax on manufacturers' profits – accelerate research and get an essential package of cancer care to poor countries”. Never mind that decades of research and billions of taxpayers’ money has led to us to the current stalemate, where survival rates for most cancers are static and eminent cancer researchers say things like, “In general, for most forms of human cancer, the answer [as to whether we’re winning the war on cancer] is clearly no”.

Prevention on the agenda?

Interestingly, however, the notion of preventing cancer was a serious topic of discussion at the WOF. But this isn’t prevention through strategies like anti-cancer and anti-inflammatory diets, exercise, stress reduction or reduced exposure to environmental carcinogens. No, by ‘prevention’ these experts mean, “Cheap vaccines and basic screening can prevent and detect cervical cancer...cheap hepatitis B vaccination protects against liver cancer; and screening picks up breast cancer early”. Also on the experts’ 10-point list will be a plan to export these largely unproven, and yet potentially dangerous, prevention methods to the developing world.

Clearly, the cancer establishment’s main goal of keeping the funding wagon rolling is present and correct. For the other side of the story – dismissing any alternatives to drugs and surgery as quackery – we need look no further than Wikipedia. Its page entitled Alternative cancer treatments is full of such gems as:

We could go on, but the whole thing is so dispiriting, biased and misleading there isn’t much point. What’s worrying is that Wikipedia is considered a reliable source of information by millions of people, and that, although anyone can edit Wikipedia, ‘sysops’ or administrators hold the ultimate power over who can edit and which edits remain on the page – and even over which pages are allowed on the site. As of 2009, there were only 870 sysops in total for all of Wikipedia’s content, and we suspect there aren’t any natural health advocates among them!

Looked at one way, it’s business as usual for the mainstream cancer roadshow. But reading between the lines, something is clearly changing: as we’ve said before, the era of pharmaceutical medicine as we know it is coming to a close, and cancer is no exception.

It’s now just a matter of time before the cancer establishment has to admit not only that inappropriate diets and lifestyles are the primary causes of cancer — but that appropriate diets and lifestyles are central to ridding our society of the huge burden and heartache caused by this dreaded disease. While conventionally trained oncologists may be the last to give up on drugs, surgery and radiation for cancer treatment — or indeed vaccines for prevention — it is inevitable that current, mainstream oncology treatments will appear barbaric in the not too distant future. We are confident that in the years ahead multifactorial approaches that modify not only the biochemical terrain of the body, but also the emotional and even spiritual terrain, will become the mainstays of both cancer prevention and treatment in our society.