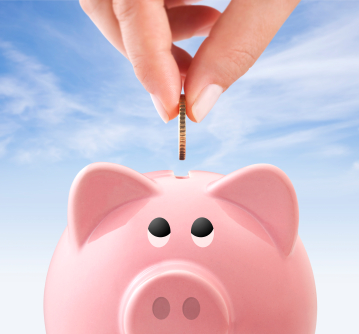 Healthcare options in the austerity age

Can natural and integrative medicine save governments money?

Since, according to our governments, we’re all meant to be tightening our belts in the collective interests of society, where does healthcare fit into the picture? According to new research, natural and integrated medicine have important roles to play in reducing bloated national healthcare budgets.

Thanks to global economic turmoil, citizens are being asked, or rather coerced, into stiff ‘austerity’ measures by their supposedly cash-strapped governments. Predictable results have ensued. However, healthcare costs remain as high as ever. For example, in 2010, the USA spent 17.9% of its gross domestic product (GDP) on healthcare; from a GDP of $13.24 trillion, that’s around $2,369,960,000,000 or $8,362 per US citizen. France, which has one of the best healthcare systems in the world, spent 11.9% of its $2.56 trillion GDP on healthcare in the same year: $304,640,000,000 or $3,130 per citizen. However that money is spent, and whether managed by government, the private sector or citizens themselves, those are enormous figures. Any serious assault on state spending must take healthcare into account, so can non-mainstream healthcare modalities – many of which are focused on disease prevention, and can be expected to reduce healthcare service utilisation – contribute to cutting healthcare budgets?

New research indicates that they can. Researchers including Professor Claudia Witt of Berlin’s Charité University have taken the most comprehensive look yet at the economic performance of what they term complementary and integrative medicine (CIM), and identified several clinical areas where money could be saved by using CIM alongside standard medical care.

The authors point out that previous studies with similar goals to their own contained significant flaws, most notably inadequate search strategies that failed to locate all, or even the majority, of economic evaluations of CIM. Their solution, which expanded on a definition chosen by the Cochrane Collaboration, searched six electronic databases and employed 50 search terms, identified 338 economic evaluations of CIM – utterly eclipsing previous efforts, which identified between 34 and 56 such evaluations. The authors classified 114 of these as ‘full economic evaluations’, meaning that they, “Compared the costs (inputs) and consequences (economic, clinical and/or humanistic outcomes) of two or more therapeutic alternatives applied to the same patient population”.

Importantly, the results of 22 of the 31 highest-quality studies identified by the authors could be applied to clinical settings beyond those used in each individual study – a property known as ‘generalisability’. The 31 high-quality studies included a total of 56 comparisons between usual medical care and CIM – and, of these, 16 (29%) showed that additional CIM therapy had better health outcomes and lower costs than usual care alone. Specifically, cost savings were observed for acupuncture both alone and in combination, manual therapy, various forms of dietary supplementation, tai chi and naturopathic care. Some sample results are shown in Table 1. 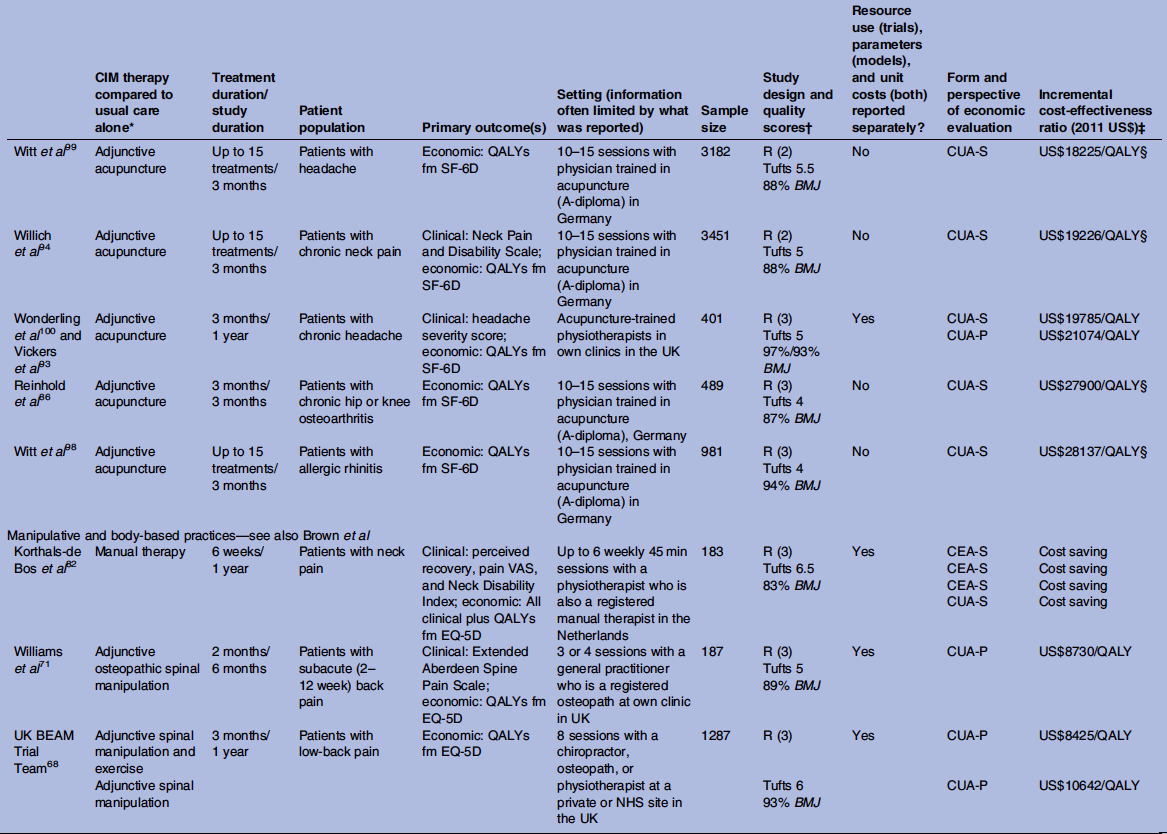 These are encouraging results not just for natural and integrated medicine, but for society as a whole. Not only did CIM provide cost savings in nearly 30% of high-quality comparisons with standard care, but the same was also true for 18% of cost-utility analyses (CUAs) – the most rigorous form of cost assessment (Table 2).

Compare this with a 9% cost-saving figure obtained in a review of 1,433 CUAs across all medicine, and it’s clear that increasing the everyday use of natural and integrated medicine has the potential to reduce pressure on overloaded health budgets. And because of the high degree of generalisability of the studies in question, the cost-saving potential of these modalities should be considered in other settings.

The authors make several recommendations for future work, most pertinently that future studies must consider that most patients use more than one CIM modality. It will be interesting to see whether use of multiple modalities increases the cost savings above those achieved with single therapies.  In fact, the greatest cost savings associated with CIM may be related to its preventive capability – since regular users may be far less likely to require the services of national health systems – and urgent research should be performed in this direction as well. Researchers must prioritise the development and implementation of high-quality economic evaluations into a greater range of non-mainstream healthcare modalities; there is not a single high-quality study of the economic benefits of any herbal interventions, for example. But for now, we hope that policymakers worldwide will take heed of these results by making natural and integrated modalities more widely accessible in their national health programmes.