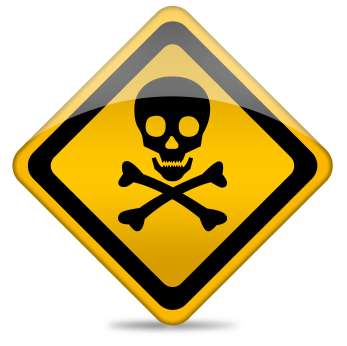 The myth of heavy metal ‘CAMtamination’

New study shows media scare stories for what they are

Fears that natural healthcare products may be contaminated with toxic heavy metals – fears stoked by the mainstream media and regulators – are largely ungrounded, according to a new study.

We all know that the media love a good scare story. One that pops up every now and again is that natural healthcare products – including vitamins and other dietary/food supplements and herbal products – are dangerously contaminated. The contaminants range from pharmaceuticals, to potentially dangerous herbal constituents, toxic heavy metals and more. Such stories often occur following unjustified clampdowns by medicines regulators, and provide grist to the mill of certain ‘anti-natural’ corners of the orthodox medical community.

We’ve always maintained that – based on the available evidence – natural healthcare products are among the safest products consumed by humans. More evidence has now emerged to support our view, this time on the topic of heavy metal contamination.

As Table 1 shows, most of the natural products tested contained a certain amount of the heavy metals arsenic, antimony, mercury cadmium, tin, lead, aluminium, barium, thallium or caesium, with TCM products by far the most commonly affected. However, up to 100% of the tested pharmaceutical products also contained the same heavy metals (Table 2). A ‘commonly consumed prenatal supplement’ also showed evidence of heavy metal contamination (Table 3). 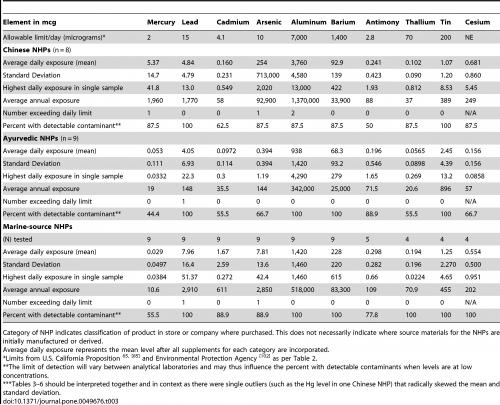 The authors also looked at whether the contaminants were present to an extent likely to exceed safe daily levels in users of the maximum recommended daily intake of the supplements and pharmaceuticals. This analysis revealed (Table 1) that four (3.3%) TCM products, one (0.8%) Ayurvedic product and two (1.7%) marine-sourced products contained sufficient contaminant concentrations that safe levels would be breached under such conditions, compared with none of the pharmaceuticals (Table 2). Overall, 12 (9.9%) of the 121 products tested contained heavy metals at levels likely to exceed daily exposure limits (Table 2). In all cases, however, it is impossible to tell whether any products exceeded safe daily limits of more than one heavy metal; therefore, it may be more accurate to describe these values as ‘instances of contamination’ rather than ‘products’.

This study suggests that there is no widespread problem of dangerous contamination of natural products with heavy metals – at least in Canada. We see no reason why things should be any different in any country with stringent manufacturing processes, such as Good Manufacturing Practice (GMP), and regulatory oversight. Contamination was most problematic among TCM products, and since the article does not indicate the product name, manufacturer or country of manufacture, it is impossible to know for sure why this was the case. It is possible to speculate, however, that laxer standards in manufacturing premises based in China, rather than Canada, could be at least partly responsible.

The authors, to their credit, don’t go overboard and call for an immediate imposition of pharmaceutical-style licensing for all natural healthcare products, concluding instead that, “[A] supervised self-regulatory approach is likely more acceptable to industry, and more cost-effective and efficient for governments”. In the European Union, government and regulatory fears over unofficially manufactured TCM products was a prime concern underpinning the development of the Traditional Herbal Medicinal Products Directive (THMPD). Rather than forcing the closure of ‘back street’ TCM manufacturers, however, the THMPD is ‘locking out’ virtually all non-European, traditionally formulated herbal products from its registration scheme, while doing nothing to remove any low-quality or adulterated products – sold as food supplements – from the market. In this, the THMPD is a perfect example of why ill-considered pharmaceutical legislation is never the answer.