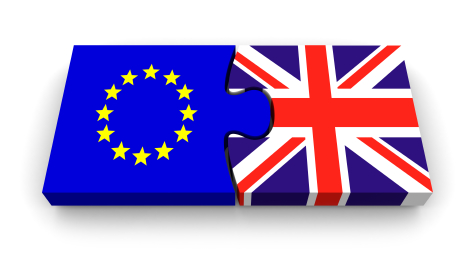 
Despite a remarkable record of safety, the burgeoning natural health products industry in both the USA and Europe is at risk of being forced to its knees.

Among the overarching characteristics of regulatory mechanisms masterminded by EU and USA bureaucrats are:

All of this — and more — stacks up to a series of obstacles that are cleverly created to act disproportionately on smaller, more innovative companies selling products that actually work.

US citizens fought hard in the early 1990s to defend their freedom of choice to use dietary supplements.  This campaign culminated in the Dietary Supplement Health and Education Act (DSHEA) of 1994.  But, as Washington-based constitutional lawyer Jonathan Emord has long said, there are a series of time bombs tucked away, deep inside this seemingly liberal act.  In the manner of a computer game, some of these provisions have become fully unlocked by the passage of new regulations.  The passage of the Food Safety Modernization Act in 2011 is a good case in point, its impact being felt now through the Current Good Manufacturing Practice (CGMP) rule and the New Dietary Ingredient (NDI) guidelines.  Alongside lawyers like Emord, our colleagues at ANH-USA have been doing everything in their power to put American citizens on alert over the way in which regulators can abuse these provisions to the detriment of consumer freedom of choice.

While a few may still believe that governments act in the interests of the public, most now recognise that governments sometimes choose to use scare tactics to justify and gain political support for a new law.  Ephedra ( (Piper methysticum) — some of which were undoubtedly fabricated — to make a similar point.  Another oft-quoted example is the unproven role of the herb Aristolochia fangchi causing kidney disease and death in patients treated by medical doctors administering slimming drugs (some of which have since been banned) alongside herbs.  Together, the kava kava and Aristolochia examples were enough to prepare the way politically for the medicalisation of herbs under the EU Traditional Herbal Medicinal Products Directive.

In defence of (anti-obesity) drugs

In societies plagued by obesity, it’s no wonder that weight loss products have become regulatory targets. This was not only a key driver for the now somewhat inactive Trilateral Cooperation Charter between the USA, Canada and Mexico; it was also a focus of the highly controversial EU Nutrition and Health Claims Regulation (NHCR). The NHCR bans, irrespective of the quality of scientific evidence, any “claims which make reference to the rate or amount of weight loss” (Article 12). The idea behind this restraint is that claims of this type should remain the sole preserve of drug companies, which have ‘proven’ rates or amounts of weight loss by way of clinical trials carried out for the purpose of licensing their products.

Not that the trial results for anti-obesity drugs are anything to write home about.  A 2002 study in Diabetes Care puts this in perspective: among obese, type-2 diabetics, Orlistat, the world’s no. 1 anti-obesity drug, managed to reduce - over 1 whole year - the weight of treated subjects by just 2.5% more than untreated, control subjects.  This may have been highly significant statistically – but biologically and practically, we think not. In a 120 kg person, this difference in weight loss between treated and untreated groups amounts to just 3 kg in 12 months, something that can be bettered easily by a well-conducted dietary and physical activity programme!

What the mix of EU drug and food laws effectively does is allow the world’s second largest drug company, GSK, the maker’s of Orlistat and its low-dose over-the-counter offering Alli, to shout its modest results from the rooftops, and push the drug into every surgery or doctor’s office it cares to choose.  The EU’s NHCR, on the other hand, is a farce.  It came into being under the pretext of the EU’s 2007 anti-obesity strategy, yet it is riddled with restrictions on freedom of speech, including prior restraint, the legal doctrine so cherished under the US’s First Amendment.

A recent blog entitled the Pyridoxamine Trap by Jonathan Emord’s associate Bethany Kennedy explains how the US’s DSHEA of 1994 is being used to stop the sale of dietary supplements containing the naturally-occurring form of vitamin B6, pyridoxamine dihydrochloride.  There is no safety concern over the use of this supplemental form; in fact, like other vitamins, it’s rather good for your health.  The trouble is that a drug company named Biostratum Inc has laid a claim on the nutrient.  The company says it filed an ‘investigational new drug’ (IND) application with the FDA in 1999, and Biostratum’s friends in the Food and Drug Administration (FDA) refuse to accept any evidence that pyridoxamine dihydrochloride was sold as a dietary supplement prior to the passage of DSHEA on 15th October 1994.  The problem with this date — which, it is worth remembering, passed some 18 years ago — is that it’s such a long time ago that providing incontrovertible evidence of sale is now very difficult.  Most company accountancy records prior to this date have been junked.

While 15th October 1994 is the key cut-off date for grandfathering ‘old dietary ingredients’ in the USA, 15th May 1997, is an equally important date for Europeans.  While, in the past, EU Member State governments wanting to ban a given nutrient or herb would typically use the ridiculously broad definition and scope of the definition of a medicinal product —which technically makes any food or drink product a drug at the regulator’s discretion — they are now reverting increasingly turning to the EU Novel Food Regulation.  Many such cases are still being disputed, hence we cannot publicise them.  But the case of the natural melatonin-containing supplement Asphalia in the UK is a good example of the lengths — and abuses — that regulators will go to in their efforts to try to remove a product from the market.

Why are EU regulators increasingly using novel food rather than medicines law to ban natural health products? A major reason is that a series of pieces of case law issued by the European Court of Justice (ECJ) mean that a nutrient or herb can’t be banned from use per se, without proper consideration of the presentation and dose.  The Novel Food Regulation isn’t subject to the same jurisprudence – so it has become a popular regulatory weapon and, interestingly, it acts in a very similar way to the New Dietary Ingredient (NDI) guideline in the US.  The Regulation dictates that if a company can’t prove that a food product or ingredient was sold prior to the date of passage of the law on 15th May 1997, it must be pre-authorised as a novel food ingredient prior to sale.  Just like in the US, it’s harder and harder to find the proof of sale that regulators want, and going through the front door by getting an ingredient authorised as a novel food ingredient costs serious money.  As such, it becomes largely the preserve of the biggest companies.

The alarm bells have rung

Americans have, rightly in our view, long poured scorn on the over-bearing nature of the authoritarian regime in the EU, one headed by an unelected government in the form of the European Commission.  But those who have yet to connect the dots must wake up to the fact that the very same regulatory tools and abuses of power being used to restrict freedoms in the EU, are being used almost identically in the USA.