Home News How maverick cancer treatments are suppressed by the mainstream 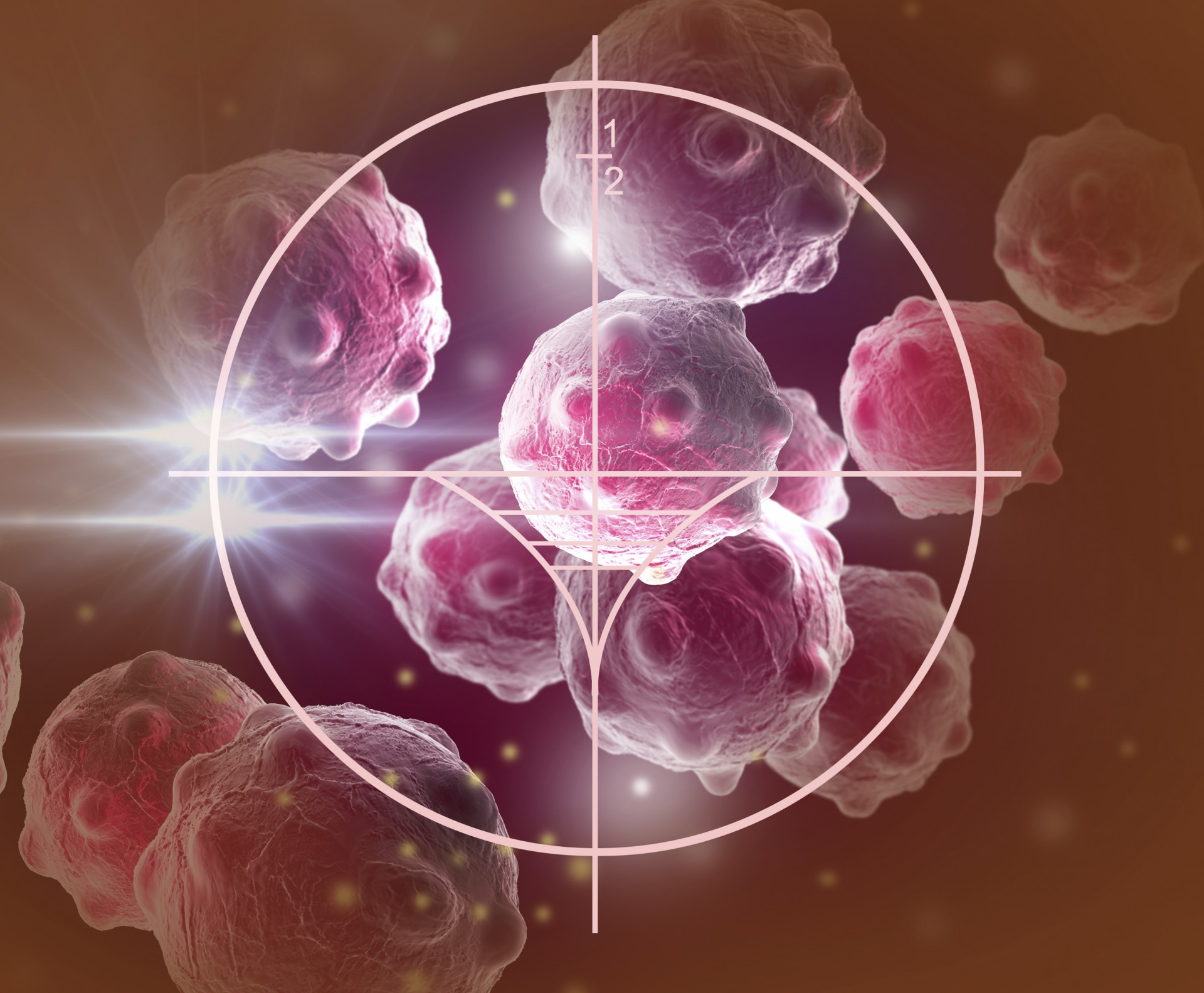 How maverick cancer treatments are suppressed by the mainstream

Mainstream medicine plays very dirty indeed to defend its near-monopoly on cancer treatment, leaving a long trail of promising cancer treatments lying ignored and suppressed in its wake. By way of illustration, Dr Stanislaw Burzynski may be on the verge of a hard-fought breakthrough for his antineoplaston treatment – and his struggles offer an object lesson about the trials in store for another promising therapy, Gc-MAF.

The high-profile Dr B

You may have heard of Dr Stanislaw Burzynski, the discoverer of antineoplastons. Not only has his work received considerable media and blogosphere attention, both favourable and hostile, but he’s already been the topic of one documentary with a sequel in the works. There is a reason for his visibility: unlike so many cancer researchers who choose to operate outside the mainstream model of ‘cut, poison, drug and burn’, Dr Burzynski has stood firm against everything that has been thrown at him. What’s more, he appears to be winning.

In short, they are protein components, known as peptides, that Dr Burzynski believes have a twofold role in cancer prevention. In his own words, “The human body has...molecular switches, some of which turn off oncogenes, and others which turn on tumor-suppressor genes. These switches are called antineoplastons, which are naturally occurring peptides and amino acid derivatives in the blood and urine that the human body naturally uses to control cancer growth...The name “antineoplastons” comes from their function in controlling neoplastic or cancerous cells: i.e., anti-neoplastic cell agents.”

Dr Burzynski’s story is long, involved – and breathtaking. In short, it’s a tale of dogged determination by one man to bring a highly promising cancer treatment to market, in the face of a US government campaign of intimidation, harassment, sabotage and attempted patent theft. To simplify things, we’ve put together a list of major events in Dr Burzynski’s struggle to bring antineoplastons to public attention and availability, which you can download here.

This stunning story is best summed up by a quote from Dr Burzynski himself: “The entire [orthodox] approach is totally wrong. It’s based on the microscopic diagnosis of cancer which is about one hundred and sixty years old.  Without really looking at what is causing cancer, without looking for the genetic signature of the cancer...[it’s a] terrible waste, waste of resources, a terrible waste of human lives because in the meantime these patients obviously will not respond and they could respond if they would be given good medicine...It’s a totalitarian approach [that is] good for the pharmaceutical companies because they will make billions of dollars...But of course bad news for patients.” 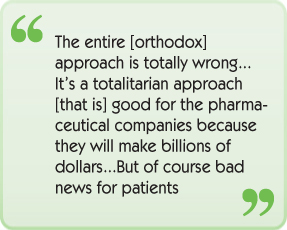 Back in 1993, Nobuto Yamamoto, then working at Temple University School of Medicine in Philadelphia, PA, USA, first described a remarkable molecule. His paper reported the conversion of vitamin D3 binding protein (DBP, known in humans as Gc) into a potent macrophage-activating factor (MAF), known as Gc-MAF. Macrophages are a key part of the human immune system with two roles: to engulf and destroy pathogens and cellular debris, and to recruit other immune cells to respond to the pathogen.

Macrophages are crucial to both innate, or non-specific, immunity and adaptive, or specific, immunity. Under normal circumstances, Gc-MAF is upregulated when the immune system detects a threat, ‘activating’ macrophages so that they single-mindedly pursue pathogens. Cancer cells, a prime target of macrophages, are clever little critters that secrete an enzyme – alpha-N-acetylgalactosaminidase or nagalase – that inactivates Gc-MAF, thus preventing macrophages from becoming activated and protecting cancer cells. Administration of Gc-MAF is proposed to bypass nagalase, stimulating macrophages to become activated and attack tumour cells. In other words, it’s a potent immunomodulator, rather like antineoplastons.

So why haven’t most of us heard of it?

Unlike antineoplastons, however, Gc-MAF hasn’t had the benefit of a single patent owner – as a natural molecule, it cannot be patented without being modified – with the will and resources to push it under the noses of the public and health authorities. Dr Yamamoto has run small human trials in breast, prostate and colorectal cancers, with promising results. However, he is by no means alone, as David Noakes is at pains to point out: “There’s better research than Dr Yamamoto’s out there these days, and it’s all listed on our website,” he says.

David Noakes might just be the person to bring Gc-MAF into the mainstream. He’s the CEO of Immuno Biotech Ltd. and spokesperson for First Immune Gc-MAF, a project he describes as, “PhD and BSc biochemists and biomedical scientists...with external doctors, oncologists and scientists who kindly provide advice, committed to bringing some of the increasing number of published but relatively unused medical cures to as many people as we can.”  At the moment, Noakes and his colleagues are supplying Gc-MAF to 30 countries where it is legal, via a network of “around 300” doctors. Their Gc-MAF is made to extremely high standards, and is being used in ongoing clinical research by Noakes’ collaborators and others. Their ultimate goal is to, “Build the case that GcMAF is effective for various illnesses, which will help to make it available to the public”. 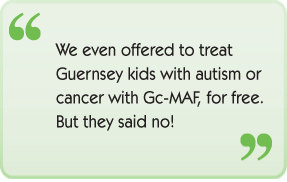 Noakes has no illusions about the struggle he faces, as he explained to ANH-Intl. “Doctors, cancer doctors especially, know what they’re up against in countries like the US and UK. In all of the US, there’s only one doctor – Jeffrey Bradstreet, MD – who’s so far been prepared to put his head above the parapet about Gc-MAF. Many more take a cautious but pragmatic attitude; they might say to their patients, “Get it, but please don’t tell me!””

Getting nowhere in Guernsey

Recently, Noakes asked the Guernsey authorities whether they would allow First Immune Gc-MAF to produce the product in peace, in their own laboratory, hoping to take advantage of the island’s historically liberal attitude and exemption from EU laws. “We even offered to treat Guernsey kids with autism or cancer with Gc-MAF, for free – and anyone with infectious diseases for one-third of the normal cost. But they said no!” he reports in disgust. “Guernsey has even declared Gc-MAF an illegal drug, unlike anywhere else in the world. It’s come to something when Dubai is a better environment for the production and distribution of a potentially life-saving treatment than Guernsey, the UK or USA, but there you go.”

In a topsy-turvy world, there’s nothing more upside-down than cancer research, as these two stories powerfully confirm. But everyone should be encouraged that Dr Burzynski appears on the verge of bucking the US system. We wish Dr Burzynski, David Noakes and his collaborators all the luck in bringing their potentially game-changing treatments into the mainstream, and into the hands of as many cancer patients as possible.