Home News Epic fail: The verdict on the US healthcare system 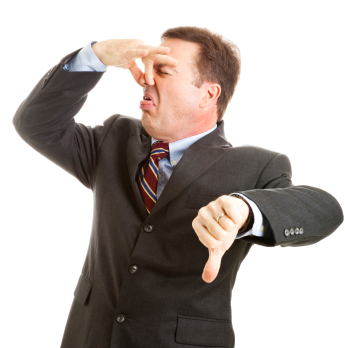 Epic fail: The verdict on the US healthcare system

The most expensive in the Western world, and one of the least effective

“The United States spends more on health care than does any other country, but its health outcomes are generally worse than those of other wealthy nations.   People in the United States experience higher rates of disease and injury and die earlier than people in other high-income countries”.  ‘Nuff said.  But what are the reasons?

US healthcare system examines itself

The quote above comes from a JAMA article commenting on a recent US National Research Council/Institute of Medicine (NRC/IOM) report entitled Shorter Lives, Poorer Health.  The report doesn’t examine the costs of the US healthcare system itself, instead focusing on what it terms the ‘health disadvantage’ suffered by north Americans.

The US health disadvantage is a many-tentacled beast.  Most strikingly, US citizens have shorter life expectancies than people in most of the wealthy countries selected for comparison (Figure 1; see relative positions of red dots for US, and grey dots for 21 other countries).  Compared with other wealthy countries, US adolescents have higher rates of motor vehicle fatalities and homicide deaths.  Infant mortality is higher in the US than in any other high-income country.  US rates of diabetes and obesity are the worst among the comparison group, while the US fares below average in terms of chronic lung disease, heart disease and disability rates.

The report even notes that, “The nation’s large population of recent immigrants is generally in better health than native-born Americans” – a fact pointed out by our colleagues at ANH-USA already.  And unfortunately, President Obama’s recent healthcare reforms are likely to make things even worse. 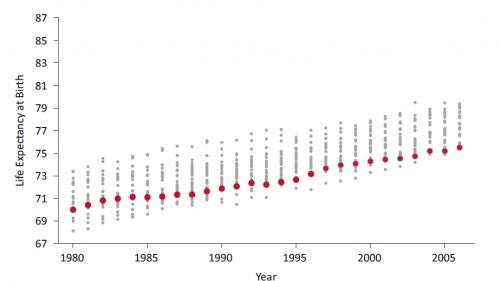 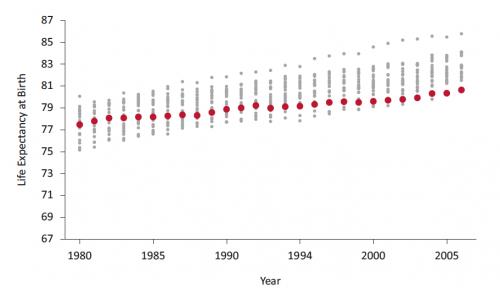 Fortunately, the authors did identify a plus side for US citizens, specifically: “Higher survival after age 75...higher rates of cancer screening and survival, better control of blood pressure and cholesterol levels, lower stroke mortality, lower rates of current smoking, and higher average household income. In addition, U.S. suicide rates do not exceed the international average”.

So what’s the problem?

The authors have put considerable effort into trying to analyse the reasons for the US health disadvantage.  They identified problems with the healthcare system itself – fragmentation, limited public health and primary care resources and a large uninsured population – along with individual behaviours and, “The physical and social environment in US communities”.  The latter includes such factors as towns and cities being built for vehicles instead of people, thereby discouraging physical activity, and the influence of industry, marketing and other factors on food choices.

Tinkering at the edges

As solutions, the report proposes more comprehensive and better-coordinated research, along with a national public conversation about the issues and urgent efforts to implement policies such as Healthy People 2020 and the recommendations of the National Prevention Council.

So, in a nutshell, while the NRC/IOM report is admirably forthright about the poor outcomes of the US healthcare system, its solutions amount to more of the same and more power for the government and healthcare system.  For example, the Dietary Guidelines for Americans mentioned in the National Prevention Strategy currently amount to the MyPlate recommendations – which are themselves part of the problem, rather than part of the solution.  And while it would be wonderful if the US could implement the physical activity goals of Healthy People 2020 or the National Prevention Strategy, it’s hard to see how such an almighty turnaround might occur, all things being equal.

But there are even more elephants in this particular room.  For one, the US is the society most thoroughly penetrated by genetically modified (GM) foods and their litany of documented adverse health effects.  The NRC/IOM, for example, makes no mention of the environmental chemical, ‘electrosmog’ or GM burden to which US citizens are being exposed.  There may be insufficient data, but there are plenty of plausible mechanisms, especially when such factors are considered together.  And nowhere does the report even consider that the current model upon which the US healthcare system is built might be fundamentally flawed, despite correctly prescribed pharmaceutical drugs being one of the leading causes of death.

Problems of poor health outcomes associated with national health systems and orthodox medical interventions are not limited to the USA.  For us, a rational healthcare system – one based on addressing genuine needs and creating useful jobs – would be based on the following principles:

Conversely, doing things relatively few Americans do will greatly improve your chances of a long, healthy life. Here’s our top 6 tips, all of them backed by solid evidence!