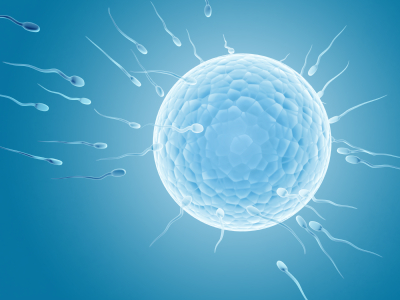 Technological solutions to infertility are not enough on their own

A comprehensive new report paints an alarming picture of the threat to human health and fertility posed by human-made endocrine disruptors. As artificial fertilisation techniques are offered to increasingly older women, will they deliver the intended reward or are such solutions doomed to fail without a broader view of the infertility jigsaw puzzle?

The idea that human-made chemicals in our environment may be having profound effects on human health and ecosystems is nothing new. Indeed, the first World Health Organization (WHO) report on the vast array of industrially-produced chemicals known to disrupt hormonal (endocrine) systems in animals including humans was published in 2002. Back then, the science was sparse and the report concluded that the overall data linking endocrine-disrupting chemicals (EDCs) and human health effects were “weak.”

Now, in 2013, far more scientific evidence is available – leading to much more sobering conclusions on the part of the WHO. 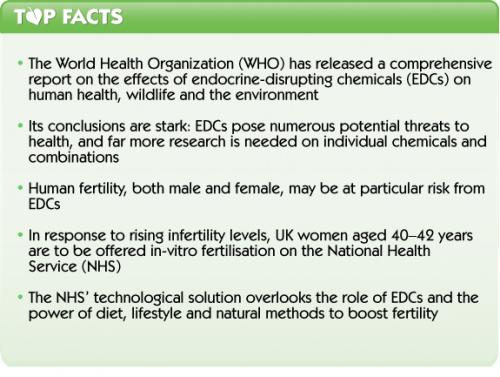 State of the science: sobering yet incomplete

Among the findings of the WHO’s new report, State of the Science of Endocrine Disrupting Chemicals are the following:

Table 1. Classes and examples of endocrine-disrupting chemicals (EDCs). Taken from the WHO report, State of the Science of Endocrine Disrupting Chemicals 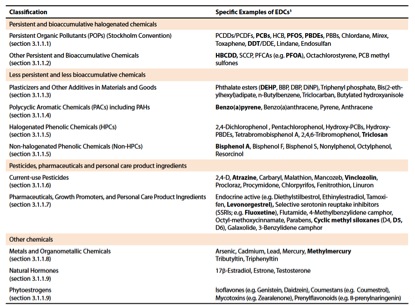 In the same week that the WHO report was released, the UK’s National Institute for Clinical Excellence (NICE) announced that it would extend funding for in-vitro fertilisation (IVF) to women aged 40–42 years, up from the previous limit of 39 years. In doing so, NICE recognised [http://publications.nice.org.uk/fertility-cg156] that, “Infertility affects 1 in 7 heterosexual couples in the UK. Since...2004 there has been a small increase in the prevalence of fertility problems”. As Figure 1 shows, most of the increase in UK fertility problems is due to ‘unexplained’ and male factors.

The question must be asked: could the rising incidence of infertility be at least partially related to environmental endocrine disruptors of the type described in the WHO report? In men, the limited evidence available suggests links between certain EDCs and reduced sperm quality; and while plausible biochemical mechanisms exist for the role of EDCs in female infertility, the report itself notes that, “There is...almost no evidence for causation of...infertility [by ECDs]; however, few studies have examined chemical causation of these diseases directly, and very few chemicals have been investigated”.

This is, of course, code for there being a data gap the size of the Grand Canyon, and absence of evidence is not evidence of absence – despite what the chemical lovers at Sense About Science and elsewhere would have us believe. 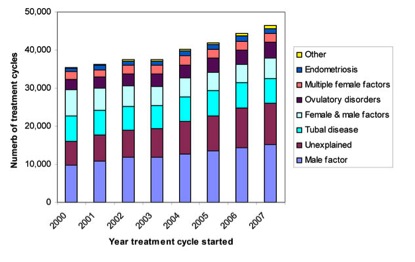 Figure 1. Types of infertility treated in the UK by IVF and ICSI treatment, cycles started 2000 to 2007. Taken from the UK Human Fertilisation and Embryology Authority website

On the basis of what is already known about the insidious low-dose effects and wide distribution of EDCs, we’d frankly be amazed if EDCs weren’t implicated to some degree in the rising rates of both female and male infertility.

But we have to wonder whether making IVF ever more available is the right way to address the infertility epidemic. Quite aside from its traumatic, prolonged and often unsuccessful nature, IVF treatment involves a big whack of artificial hormones – which, going by the WHO report and the history of hormone replacement therapy, may aid conception in the short term but cause untold problems in the future.  Not least of which is adding further EDCs to municipal drinking water supplies, waste and natural water courses.

And, of course, apart from hormone-related mechanisms, infertility may be associated with a host of diet and lifestyle factors: insufficient or excessive exercise, heavy metal contamination, stress, lack of sleep, micronutrient deficiencies and electromagnetic pollution, to name some of the most prevalent. A programme designed to give the body a ‘spring clean’, while building it up with a clean, nutrient-rich diet possibly assisted by targeted food supplements, seems the most logical way to boost fertility – but here, in the UK, NICE and the NHS have virtually nothing to say.

WHO has put EDCs on the international radar

We hope that the WHO report will prompt governments and health authorities to spend taxpayers’ money on thoroughly investigating the links between endocrine disruptors and health and fertility effects. In the meantime, the precautionary principle should be used to encourage much tighter controls of industrial and pharmaceutical chemicals and waste.

In the meantime, those interested in natural methods of fertility enhancement should do their due diligence. Our friends at the UK charity Foresight Preconception have for many years helped thousands to become pregnant.  Similar organisations exist in other parts of Europe and around the world.