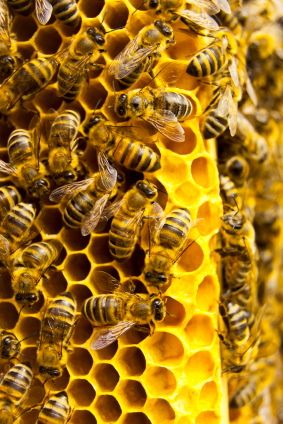 The great bee-trayal: UK and Germany put profits above pollination

Spare a thought for European bees: they’re up against bureaucrats and politicians, and at the moment, they’re losing.

Along with other animals, bees pollinate up to one-third of the crops humans rely upon for food. The advantages of bureaucrats and politicians are, shall we say, less clearly defined. And yet the dithering and sympathy toward corporate interests displayed by European Union (EU) Member States could have horrendous implications for bees, the environment and our food supply. 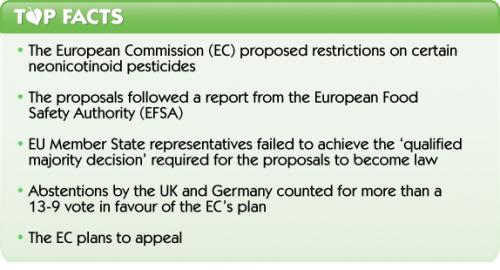 Last Friday, 15th March, representatives of the EU’s 27 Member States met to vote on European Commission (EC) proposals to restrict the use of certain neonicotinoid pesticides – chemicals that are known to be killing bees. Shamefully, the assembled politicians couldn’t agree on what ought to have been a no-brainer, with the result that, “No qualified decision was reached, either for or against the text”. Meaning that the EC proposals will not be adopted.

Hanging in the balance

According to the UK’s Guardian newspaper, 13 Member States voted in favour of the EC’s restrictions – including France, Italy and Spain – while 9 voted against, led by Romania and Hungary. In this context, the abstentions by the UK and Germany were crucial under the ‘qualified majority voting’ procedure, under which countries’ votes are weighted according to their populations: a very odd concept of democracy indeed. The only way the neonicotinoid restrictions will now become reality in their present form is if the EC opts to appeal the Member States’ decision – which it plans to do, according to a statement released on 19th March by Commissioner Tonio Borg. 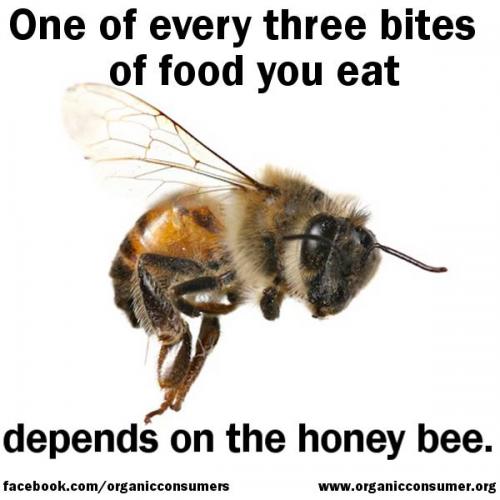 Prior to the vote, the signs were all there that the UK, at least, would not be voting for restrictions on neonicotinoids. ‘Anti-Environment’ Minister Owen Paterson – a man who scathingly dismisses criticism of genetically modified (GM) crops and whose professed love for badgers didn’t stop him from ordering a widespread UK badger cull – clearly believes that economic concerns trump environmental ones.

Whether it’s calling on the EU to step up GM approvals or abstaining from the neonicotinoid vote because of a supposed lack of data, corporate interests appear to win out every time for Mr Paterson. Ironically, the data Paterson claims to be waiting for have been delayed because the control sites were contaminated by neonicotinoids. Neonicotinoid manufacturers Syngenta and Bayer were predictably delighted with the result.

Members of the European Parliament (MEPs) were less enthusiastic, however. UK Socialists & Democrats MEP Glenys Wilmott declared that, “We have to work at a European level if we are going to make a difference to the worldwide decline in bee numbers”, while French Green MEP Jean Lambert lambasted the UK for, “Blocking EU action to protect our environment, wildlife and even the food we eat”.

We don’t think that restrictions on some, or even all, neonicotinoids will solve the problem of bee disappearances and deaths. But it will be a good start. On this occasion, we’re crossing our fingers that the EC’s planned appeal is successful.