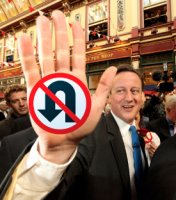 Since our last update, the UK government has still been unable to tell us how it’s going to handle its plans for statutory regulation (SR) of UK herbal medicine practitioners.  As the ANH-Intl-convened united front consisting of the European Herbal Medicine & Traditional Practitioners Association (EHTPA), along with 17 associations representing herbalists, patients, suppliers and citizens reliant on herbal medicines and products, continues to urge the government not to break its promise of a statutory register, support for the campaign has widened.

We have now received a formal response, but it simply repeats verbatim the Coalition government’s non-committal stance, stating:

“…The legislation around this policy area is complex and there are a number of issues that have arisen which the Department of Health needs to work through. I appreciate that the delay is causing concern, however it is important that any new legislation is proportionate and fit for purpose….”

Despite strong rumours that an announcement was due 2 weeks ago, there is still no clarity on how the government aims to proceed.

One has to wonder whether the go-slow in the UK is directly related to a similar lack of interest at the sharp end of things at the EC?  And, equally, how much of this might be being driven by medical interests that detest the idea of herbalists being given official status as healthcare providers…?

Text of EDM No. 205, ‘Statutory Regulation of Practitioners of Herbal Medicine’

That this House recognises that around eight million UK citizens rely on, use regularly or have used herbal medicines in the past; affirms that loss of the so-called herbalist's exemption, now part of the 2012 Human Medicines Regulations, would deprive herbalists of their prescribing rights in the absence of legislation enacting a state register of qualified herbalists; notes that two public consultations and two parliamentary committees have found overwhelming support for statutory regulation of UK herbal medicine practitioners; recalls the promise made on 16 February 2011 by the then Secretary of State for Health, the right hon. Member for South Cambridgeshire, to set up such a register, a decision described by him at the time as one that "resolves a long-standing issue, to the benefit of both practitioners and the public who use herbal medicines"; foresees that, in the absence of easy access by the public to herbal medicine practitioners with the ability to prescribe individualised remedies, many people will resort instead to entirely unregulated sources for their herbal medicines, such as the internet; believes that patients obtaining herbal medicines from unregulated sources will put themselves at unnecessary risk; questions the wisdom of restricting UK citizens' healthcare choices at a time both of unprecedented pressure on the National Health Service and of national austerity; and therefore calls on the Government to explain the greater than two-year delay in making available for consultation by the four UK Health departments draft legislation for a framework of statutory regulation for herbal medicine practitioners, and give the House an expected timeframe for the issue of the draft legislation.