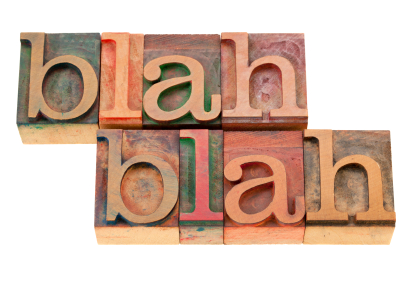 Late last month, UK Environment Minister Owen Paterson MP, told the country loudly and clearly that genetically modified (GM) foods should be a prime solution to issues of food security and shortage. Unfortunately – for Mr Paterson and the UK government, at least – his speech contained much that was highly contentious or misleading. And the media are beginning to ask questions.

One of the most startling features of Mr Paterson’s speech was its no-holds-barred attack on opponents of GM Golden Rice: “Golden Rice was first created in 1999...to help tackle vitamin A deficiency. It is the leading cause of irreversible blindness in children. The World Health Organisation [WHO] estimates that this results in up to 500,000 children going blind a year – 250,000 of whom will lose their lives within a year...We should all reflect on the fact that it is 15 years since it was developed and attempts to deploy it have been thwarted. This is despite the seeds being offered for free to those who need them most. In that time, more than seven million children gone blind [sic] or died.”

Mr Paterson’s position on Golden Rice has been heavily criticised by the UK’s Channel 4 News, however. As its Fact Check blog points out, the release of Golden Rice onto the market has actually been delayed by the Philippine government’s approvals process, and further delay occurred when Golden Rice was ‘upgraded’ in 2005.

Furthermore, Fact Check found that Mr Paterson’s claim that Golden Rice seeds were “offered for free” refers to an offer made by the International Rice Research Institute (IRRI). The IRRI has connections to many governments, philanthropic institutes and biotech companies, and was prevented from handing out free Golden Rice seeds by regulations. Since the rice remains unapproved for release into the environment, this is entirely as it should be and implies that IRRI attempted to subvert the approvals process.

As for those 7 million child deaths, we’ll quote Channel 4 News’ Fact Check directly: “The [WHO figures for blindness and death among vitamin A-deficient children] haven’t been constant for 15 years (they’ve gone down), and it takes the worst case scenario – half of 500,000 for 15 years, when it could have been half, or even less, of 250,000 for 15 years.

“What’s worse is that he makes a causal link when there is none. He can’t claim that by not providing the rice the blindness and deaths have occurred, as we don’t know what would have happened had the rice been provided.” Blindness has been reduced in the past 15 years through the use of vitamin A supplementation, entirely independent of Golden Rice.

The man with tomato (paste) on his face

It would appear that not everyone in Mr Paterson’s government is as keen on GM technology as Mr Paterson himself. Both Prime Minister David Cameron and Deputy Prime Minister Nick Clegg have struck cautious notes, particularly over feeding GM to their own children. Interestingly, the restaurants and cafés in the House of Commons are resolutely GM free.

Mr Paterson’s attitude is somewhat different. Asked whether he would feed his own kids GM food, he replied, “Yes of course – because they are bound to have eaten it already. There is nothing new about the idea of a GM tomato because it is available as tomato paste”.  We assume that Mr Paterson was unaware that the last tubes of GM tomato paste were removed from UK shelves at the turn of the millenium. Perhaps it’s time for him to find some new advisers.

We can surmise that one adviser likely to have Paterson’s ear is his own brother-in-law, Matt Ridley – AKA the 5th Viscount Ridley and Conservative member of the House of Lords. Ridley, as it happens, is also a columnist for the UK Times newspaper and has a strongly pro-GM position, as articles from his blog, Rational Optimist, demonstrate. Apart from Ridley, Paterson’s advisers doubtless include the same people who met with biotech companies with the aim of relaxing GM crop approval laws and winning the public over on the need for GM – a story that has reached the mainstream media some 8 months after it was first reported.

Early signs are that Mr Paterson and his GM-loving advisers may have badly misjudged the mood of the country – and even his own party. Although it should come as no surprise, given how soundly the UK public has rejected GM in the past, it appears that public resistance to the latest GM push will prove stronger than anticipated.

In his latest video coronacast, Rob Verkerk explains, using the latest evidence, why the governments' medicine has caused more harm than the virus itself

Podcast: The pieces of the covid jigsaw the mainstream don't talk about

Podcast: The pieces of the covid jigsaw the mainstream don't talk about

Join ANH's Rob and Mel in a 2.5h marathon podcast for the Seekardo Show with Dr Ro Weerasinghe and Harminder