Home News When is being ignored a sign of success? In campaigning! 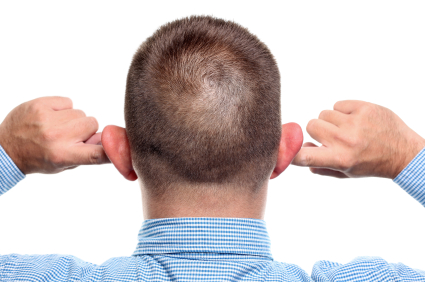 When is being ignored a sign of success? In campaigning!

The ongoing campaign against genetically modified (GM) crops is certainly one of, if not the, most successful grassroots campaigns of recent times. It hasn’t enjoyed this level of success from day one, though. Two reports released this week by the UK government – one on the national roll-out of ‘smart’ meters and another on the ‘balance of competence’ between the UK and the European Union (EU) in health matters – show exactly why strength and persistence are needed in the early stages of building a formidable public voice against official excesses.

‘Smart’ meters are bad news. There really isn’t a single positive thing to say about these dangerous, intrusive, expensive and unnecessary devices, which governments around the world appear determined to install in every citizen’s home. A public campaign is building worldwide, aimed at giving governments the resounding message that citizens don’t want ‘smart’ meters forced upon them – just as citizens in Europe effectively persisted with their anti-GM campaigns.

The UK government, like many others, appears intent on pushing ahead with its national ‘smart’ meter roll-out. However, as questions began to be asked by groups such as Stop Smart Meters! UK (SSM! UK), it recently announced that there would be a delay in the timeline and a public consultation.

First they ignore you...

That this report is a stitch-up is beyond question. And at this early stage of campaigning, this and worse behaviour is only to be expected. Whatever the UK government’s motivation for being so keen on ‘smart’ meters, no government likes admitting its mistakes – especially after a relatively small display of public concern. That the government has to resort to such transparent arguments like the examples above indicates not only that it is on the back foot, but that its position includes obvious weaknesses that will respond well to further pressure. Far from being disheartened, anti-‘smart’ meter campaigners should concentrate on building their momentum and taking David-like strategic aim at the government's Goliath.

Next up is the UK government’s response to a consultation to which we submitted comments in March of this year, concerning the so-called ‘balance of competence’ between the EU and UK – although our comments applied equally to other EU Member States.

Then they ridicule you, then they fight you...but we’ll stick to ignoring

Natural healthcare is used to being ridiculed by skeptics and challenged by the EU, but the UK government appears to prefer the ‘ignoring’ stage. Its 89-page report concentrates on pharmaceutical medicines, medical devices, public health and the National Health Service (NHS), and barely touches on the effects of EU legislative over-reach on natural healthcare. These issues are, of course, vitally important to millions of UK and EU citizens.

The report does, however, address herbal medicines on page 30, in Case Study 3C. This basically concludes that the UK government is happy with the powers granted to it by the Traditional Herbal Medicinal Products Directive (THMPD), and doesn’t see any need for yet more EU herbal medicines legislation. While unsurprising, since the UK government was intimately involved in drafting the THMPD, the report’s focus on herbal medicines can only be the result of campaigning efforts keeping the issue in the public eye, making it impossible for the government to completely ignore it.

In paragraph 4.4.2 on page 65, the UK government report recognises the unpopularity of EU proposals for maximum and minimum permitted levels (MPLs) of vitamins and minerals in food supplements, via the Food Supplements Directive (FSD; 2002/46/EC). It continues by noting that, “The Government believes that any future decisions on vitamins and mineral food supplements need to be proportionate and based on evidence”.  Evidence such as the data published by ANH-Intl executive & scientific director Robert Verkerk PhD in the peer-reviewed journal Toxicology – which demolished the science behind the risk-analysis methods being used by the European Commission to set MPLs – has already delayed EU proposals on MPLs by many years. We believe that strategies such as this, somewhat removed from more ‘traditional’ lobbying and campaigning, will be increasingly crucial to influencing the course of legislation in our modern, science-led era.

Just leaving the EU won’t do

Interestingly, the report provides direct support for our contention that simply leaving the EU won’t solve all of the UK’s problems in the realm of natural healthcare. Paragraph xvii of the executive summary states that, “Many pieces of [EU] legislation closely mirror what would have been done at the UK level anyway” – offering an important lesson for any campaigners who think an EU exit for the UK will instantly put natural healthcare out of harm’s way.

Digging below the surface

These two reports provide an object lesson in the importance for campaigners of looking below the surface of apparently discouraging reports. It’s easy to become disillusioned when governments ignore, downplay or misrepresent important concerns – but a similar pattern can be observed in many successful campaigns. Please keep up the momentum by using some of the ideas in our ‘Call to action’, below!