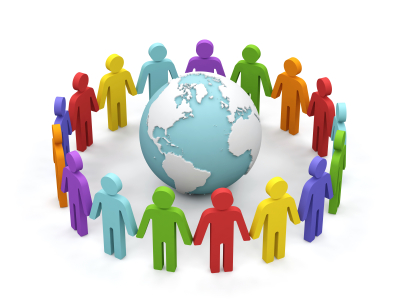 Creeping censorship and bars to justice versus an educated populace

The scale of the ongoing citizen awakening becomes glaringly obvious when governments of supposedly ‘free’ societies like the UK opt for oppressive methods, like censorship and blocking citizens’ rights to challenge bad laws, to protect themselves from scrutiny.

It may or may not surprise you to learn that, pretty much regardless of where you are, you live, work and generally operate in a labyrinthine system of laws. The online version of the UK statute book, for example, is estimated to contain around 30,000 texts – and even this is hugely incomplete.

After a brief pause, the UK government has pressed the legislative pedal to the parliamentary metal once more. In 2012, the present Coalition government introduced 1,466 new laws, an increase of 8% over 2011’s total of 1,355. That’s six new laws for every working day. So much for the Red Tape Challenge.

While these figures appear high, the government of Prime Minister David Cameron has nothing on the previous Labour government: in 2010, an astonishing 3,506 new laws were passed. That's 13.8 for every working day. By 2009, the Labour government’s legislation mania had created nearly 4,300 new ways for UK citizens to become criminals.

Amidst all this, the contribution of the European Union (EU) to the UK legislative burden must not be forgotten. Although disputed, even the House of Commons Library concluded that it is, “Possible to justify any measure between 15% and 50% or thereabouts,” depending on the methodology employed. There is every reason to believe that similar situations hold sway in all EU Member States.

One less ‘check and balance’

The framers of the US Constitution were careful to include a complex system of ‘checks and balances’ into the text, to ensure that one branch of government could never become overly powerful at the others’ expense.  The UK government, by contrast, has announced its intention to remove an important check on its power, by making it more difficult to bring judicial reviews (JRs) of legislation.

Judicial review is a process whereby citizens and organisations can ask a court to examine a particular piece of legislation. If the court agrees with the plaintiff, the court can order the offending law to be amended or struck out. It is the process under which ANH-Intl previously challenged the EU’s Food Supplements Directive (FSD) in 2002. It is also the mechanism that we are planning to use to force a complete re-working of EU herb laws.

Access to JR is already severely restricted in the UK. Adding further hurdles can only reduce the accountability of the UK government to its citizens. Combine this with separate proposals to impose further limits on legal aid – which has already been decimated – and it’s difficult to escape the conclusion that the UK government is on the run from something. And it’s not just campaign and pressure groups coming to that conclusion: ninety top barristers have denounced the plans as, “Immunis[ing] government and other public authorities from effective legal challenge”.

Doing it for the kids

Here’s a rule of thumb: when governments announce new policies or laws with difficult-to-argue justifications, such as ‘public safety’ or ‘to protect children’ – be very, very suspicious. For example, the chosen cover for the JR proposals is a supposed rise in timewasting applications, reasoning that has been seriously questioned by campaign group Save Legal Aid.

Prime Minister David Cameron recently announced plans to require Internet service providers (ISPs) to block Internet pornography by default. Which is all very admirable, at least on the surface. Who can possibly object to making objectionable Internet content more difficult for kids to access?

Censorship – for your own good

However, Mr Cameron failed to mention two important pieces of information. First, that the default filters won’t just block porn: research by the Open Rights Group reveals that they will also prevent access to, among others, “Extremist and terrorist related content...anorexia and eating disorder websites...alcohol, smoking, web forums [and] esoteric material”. The potential for the government to block websites it doesn’t like is clear. While it’s true that users can opt out of the filters, many – if not most – users never change their default settings. And, given ongoing revelations about the extent of online surveillance by governments including the UK’s, opting out of the default filters may well add the user to a government database.

Secondly, Mr Cameron has previously singled out for praise a system called HomeSafe, operated by certain UK ISPs, giving some idea of how the government-mandated filters may look. HomeSafe is operated by Huawei, a company with close ties to the highly censorious Chinese government.

Without wishing to defend pornography for a second, it rather looks like the present UK government is trying to bring in Internet censorship under the radar. If its plans go ahead, many people in the UK will soon be unable to access huge swathes of the Internet – much of it undeniably unsavoury, but potentially including many sites critical of the government. Possibly even including campaign and pressure groups like ANH-Intl. We doubt the government’s JR changes will become law in time to affect our upcoming legal action on EU herbal products, but we are concerned at how they will affect future citizens and campaigners who object to having their rights and freedom continuously decimated.

None of this would be necessary if the UK government wasn’t concerned about something. And that something is you: concerned, aware and informed citizens who know the facts behind important issues, who are asking more questions than ever before of the people and organisations who think they run our lives, and who are more determined than ever to create a better future for everyone. Let’s treat these latest oppressive moves as the desperate thrashings of a cornered animal, and continue to press home our advantage – while, of course, campaigning to prevent these latest abuses from ever occurring.