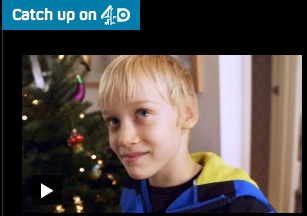 In December 2012 we covered the heartbreaking story of Neon Roberts and his mother, Sally’s, fight to exercise her parental rights to choose a form of cancer treatment that would prevent long-lasting health consequences.  Subsequent articles following Sally and Neon Roberts’ case highlighted what must be every parent’s worst nightmare – state control over your child’s health.  Last night, the UK’s Channel 4 aired a Cutting Edge documentary entitled “You’re Killing My Son…The Mum Who Went On The Run”.  Despite its title, this fly-on-the-wall programme has been filmed largely from the perspective of Neon’s father, Ben, with what appear to be carefully selected clips from Sally and Neon.  Whether it’s a genuine attempt to portray events as they occurred, or a subtle deterrent to other parents considering going against the medical establishment, is a moot point.

In the first couple of minutes, viewers are left in no doubt that Sally Roberts went into hiding with her son, “To prevent him having the treatment he needs,” and that the entire distasteful episode in Neon’s life has, “Challenged our understanding of parenthood”.  Certainly, Neon’s illness and treatment continues to present a challenge – but not, in our opinion, to parenthood, but to medical tyranny and state control over parenthood!  Throughout the film are constant reminders of news reports of Neon’s story, leaving the viewer in no doubt that it was Sally standing in the way of Neon’s ‘life-saving’ treatment.  There is only one cursory mention that at the heart of the family feud, the legal battles and the media frenzy is, “A small boy trying to cope with cancer”.  A 7-year-old boy who was also trying to come to terms with his parents’ separation and their divergent opinions about his treatment, let alone his subsequent separation from his twin sister, Electra, and his mother.

While Sally is reported to have become, “Very hostile to conventional medicine” during the process, Ben is seen on camera saying, “I don’t know what her goal is, she seems to be on some kind of mission”.  But her mission, if one can call it that, appears to be that of any mother trying to do the best for her child, by finding a treatment option with the lowest risk of future neuro-cognitive and other disabilities.  Sally has always said that she strongly believes, “That the conventional treatment is worse than the condition itself,” and it would seem that Neon has been hit hard by the side effects the doctors predicted.

Sally’s not for turning

When interviewed yesterday morning prior to the screening of the documentary, Sally Roberts was adamant that she has never been against medical treatment, just the kind of treatment that the judge ordered for Neon.  Although the interviewers treated her gently, they repeatedly tried to persuade Sally to rescind her views on the radiotherapy that Neon is undergoing.  But Sally wasn’t budging.  According to Sally, the proton beam therapy that the UK National Health Service (NHS) denied Neon, despite a long campaign by his mother, is due to become NHS standard of care in 2017.  Way too late for Neon.

Sadly, this heavy-handed, moral high ground approach from the authorities appears to be taking hold around the world.

In April 2013, a Sacramento couple took their 5-month-old baby boy to Sutter Memorial Hospital to be treated for flu symptoms.  They had concerns over his care, especially after the doctors began talking about heart surgery for a heart murmur!  Having requested a second opinion, the mother took her son out of the hospital to get the opinion at Kaiser Permanente hospital.  Medical records from the doctor at Kaiser Permanente said the baby was clinically safe to go home with his parents.  The next day, police and child protective services arrived on their doorstep and removed their child.

In May, Australian newspapers were full of the ‘NoJabNoPlay’ campaign, where non-vaccinated children are being ostracised and denied school and nursery places.  The government in New South Wales has even passed historic legislation to support the campaign.  Even more disturbing is the outcry by Australian MPs over ‘exemptions’ for those refusing vaccination on philosophical, religious or medical grounds.

Just last week, a young mother from Brooklin, USA, was threatened with removal of her 3-month-old son by doctors and the State of Maine.  When officials learned she had been feeding her baby with homemade goat’s milk formula, they ordered a mandatory overnight hospital stay with an edict to feed the baby store-bought formula.  Despite complying with all their mandates, the State continues to monitor the situation and won’t leave the family alone.

The freedom to choose

The last few years have seen tensions escalate between mainstream and non-orthodox views of healthcare.  The same is true of the public’s desire to choose how they and their families treat their disease, especially in the case of cancer, and the desire of authorities to impose some vision of ‘ideal’ treatment on them.  That this is a now a human rights issue is not in question for those of us who believe in freedom of choice in healthcare.  But it is probably going to take more examples of courageous people like Sally Roberts standing their ground before this increasing trend is finally stopped.

It’s heartbreaking to see the contrast between the post-treatment Neon of today and the pre-treatment Neon of just a few months ago.  And, while everyone – except Sally – pats themselves on the back for a job well done, because the latest scans show the cancer has gone, no one is questioning the wisdom of putting a terribly ill child through further months of gruelling treatment! 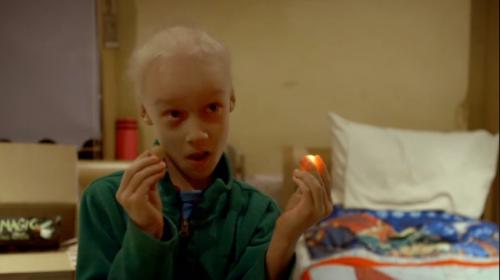 Neon, 2013, after initial chemotherapy and radiotherapy treatment
Source: “You’re Killing My Son…The Mum Who Went On The Run”, Channel 4 TV