Home News ANH-INTL EXCLUSIVE: Sally Roberts – in her own words 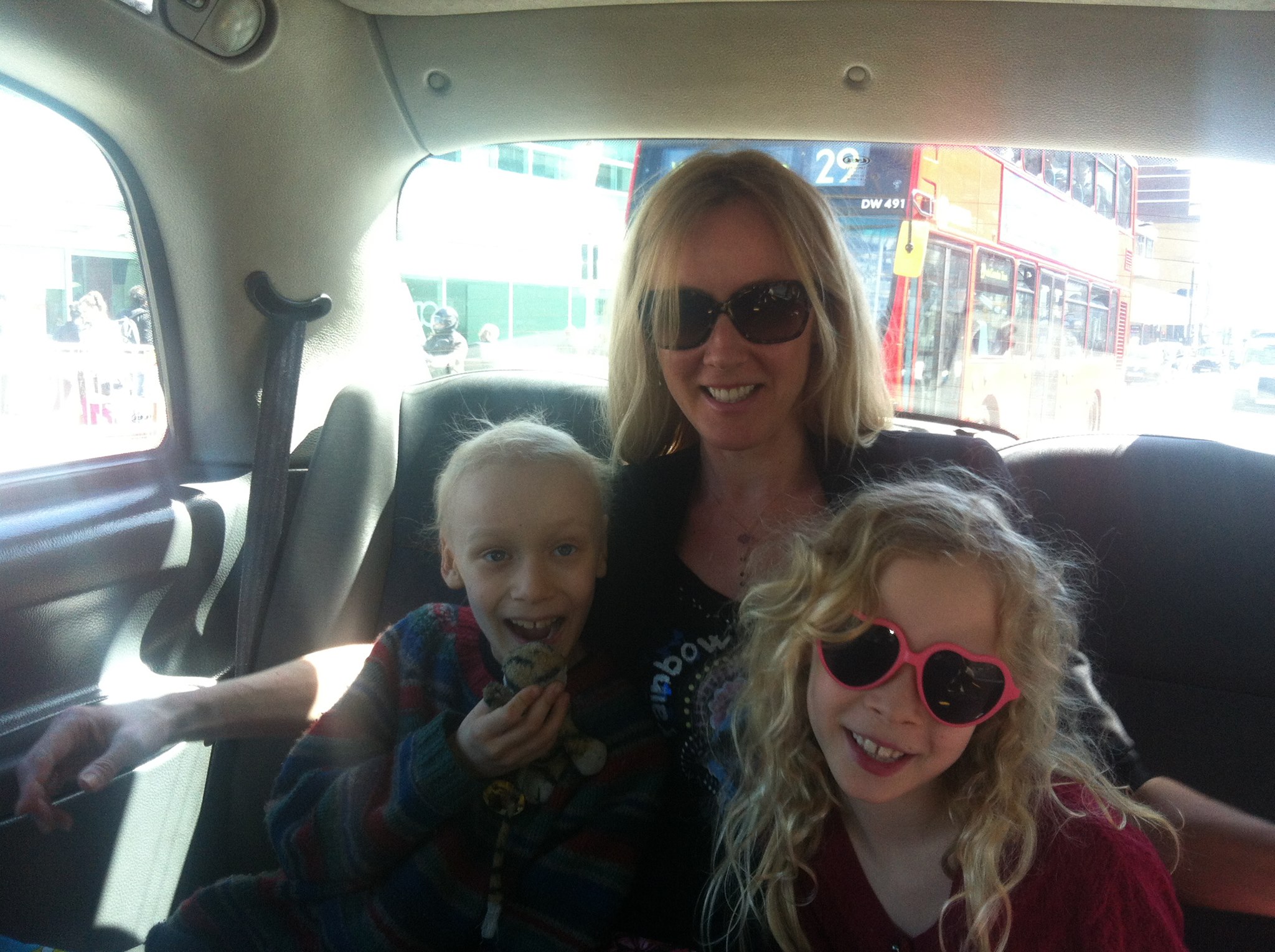 ANH-INTL EXCLUSIVE: Sally Roberts – in her own words

UK Channel 4’s recent documentary on Neon Roberts and his mum, Sally, You’re Killing My Son...The Mum Who Went On The Run was a travesty of half-truths, misrepresentation and subtle mainstream bias. Here, in an ANH-Intl exclusive, Sally tells her side of the story.

Neon was cancer-free prior to radiotherapy

It’s a fair bet that anyone watching the documentary or following Neon’s case in the mainstream media would believe that Sally abducted Neon to prevent him receiving ‘life-saving’ radiotherapy treatment for a recurrent brain tumour – “A time when he needed critical treatment,” according to Neon’s father, Ben.

The truth is somewhat different, as Sally explains. “When Neon had his tumour removed back in October 2012, it was deemed a total resection. Within days, they then said, actually we think there is a 1 cm tumour remnant.” As if that episode hadn’t been enough of an emotional rollercoaster, Neon’s medical team performed further tests and once more changed their minds: “The relief I felt when informed this was, in fact, just scar tissue, was enormous,” recalls Sally. “I thought the worst was over and that Neon was on the road to recovery. Alas, this was just the beginning of the unfolding nightmare.” This crucial fact – that Neon was actually given the all-clear after his operation – is entirely missing from the mainstream narrative.

In search of alternatives

“When I went away for those 2 days [another salient fact that’s been left out of the mainstream narrative],” continues Sally, “It was to get HBO [hyperbaric oxygen therapy] for Neon, as oxygen is a well documented support for the immune system.  The witch-hunt and media circus that followed was overwhelming, to say the least.”

Sally chose the timing of their disappearance quite deliberately, to coincide with the end of a 42-day trial in which Neon was enrolled. “I thought that the NHS [UK National Health Service] would back off, as Neon would no longer be able to be part of their 42-day trial.  No such luck.  They gave him another MRI [magnetic resonance imaging] scan whilst I was in court, and what they previously had considered scar tissue, they now decide was actually remnant tumour...After more surgery, Neon would essentially be back to day 1 of the 42 days – so he could be put back on their trial.” 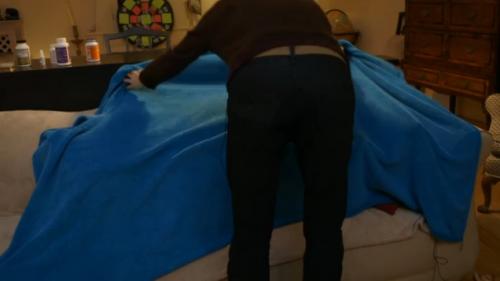 Neon just wants to hide away from the world in dens
Source: “You’re Killing My Son…The Mum Who Went On The Run”, Channel 4 TV

After Sally and Neon were apprehended following a nationwide manhunt, Sally went to court in an attempt to delay or prevent Neon’s surgery and any chemical and radiation-based adjuvant therapy. Her legal strategy was to suggest alternative medical treatments to the standard treatment being pushed so hard by the NHS – but, as Sally explains, it didn’t work out well. “Court was a total waste of time. I was not given the opportunity to present any other alternatives. Instead, they had me searching other countries for children who had medulloblastoma [Neon’s cancer] and survived without radiation. I had been informed studies were out there, [but] unfortunately we never found them for young ones older than 3 years.”

“It was, in fact, after court that I discovered proton beam therapy.  I had someone approach me who had heard of the case and I spoke to the Professor in charge, who agreed that he would take Neon and that my son was a perfect candidate for this far less invasive treatment. [Proton beam therapy uses] protons, not X-rays, and causes less damage to surrounding tissue with fewer side effects.  Strangely enough, this treatment will be used [on the NHS] here in the UK from 2018!”

The fact that Sally has been asking the NHS to consider a less destructive treatment for Neon, one that is accepted by mainstream science and the NHS itself, has again been largely obscured by the mainstream.  Only the few who already knew, or those who bothered to do the research, would know that proton beam therapy is no fringe, alternative treatment.  It is a highly targeted form of radiotherapy that requires very expensive equipment including particle accelerators. It is perhaps better classified as an ‘emerging mainstream therapy’, rather than an ‘alternative therapy’.

Sally’s interest in helping her son get the best and least damaging therapy available was portrayed in such a way that the majority of the public were left with the view that Sally’s main goal was to expose her son to unproven, ‘alternative’ cancer treatments of dubious effectiveness.  Adding to Sally’s woes was the unprogressive nature of Neon’s consultants.  Sally again: “I approached Neon’s lead consultant, who said there was no proof of what I was saying and blocked me from taking Neon [for proton beam therapy].  I then watched Neon deteriorate before my very eyes.  Not from cancer, as that was gone; but [from] the harsh treatment they were using as a precautionary measure to ensure it did not come back.

“I tried so hard to appeal, but was knocked down from every direction, preventing me from getting it back into court.  First time round, admittedly, I was in way too deep.  I did not know much about cancer, but just knew what they were doing was very wrong.  [But by] January, I had built a strong case, and know that if it had got back into the courts, I would have had a very good argument against the protocol being used on Neon.”

If you think this sounds like a completely different story from that told in the documentary, you’d be quite right. Sally is justifiably angry about how she was portrayed in the programme: “The documentary that aired the other night on Channel 4 was an infringement of my rights. I filmed with [documentary maker Sarah Burkeman] a few times over the Christmas period, but it quickly became obvious that she was siding well and truly with the conventional camp. I pulled out. 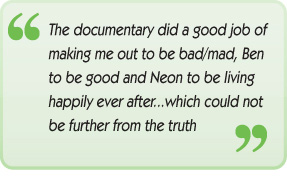 “The fact that she was a family friend of Ben, Neon’s father, also rang alarm bells. I did ask her to stay away from me and my son, but Ben jumped on board and helped finish the film. I never gave my consent, and I am surprised how they could screen it without my permission. The documentary did a good job of making me out to be bad/mad, Ben to be good and Neon to be living happily ever after...which could not be further from the truth.”

Sally’s comments make it clear that the mainstream media has had a clear agenda throughout this episode. Entirely in thrall to orthodox cancer philosophy, they have deliberately fostered the impression that Sally is an ignorant, perhaps self-obsessed woman determined to press unscientific ‘quackery’ on her suffering child. On the contrary, and to put it mildly, the NHS has shown itself in this instance to be so mired in dogma that it cannot deviate from a predetermined ‘treatment pathway’ – even when doing so could enormously improve the quality of Neon’s later life.

The existence of a precedent in similar cases also raises worrying questions over the motivations of Neon’s medical team: are they more concerned with saving face than with saving a young boy’s future, more worried about preserving the integrity of their precious ‘standard treatment pathways’ than with preserving a decent functional level for Neon?  And is the UK at grave risk of falling behind other parts of the world, such as the US, Germany, Switzerland and Japan, in its provision of progressive, effective and more targeted cancer treatments?

As of today, Neon’s treatment is ongoing. “According to MRI scans and lumbar punctures, which cause him a lot of pain each time, Neon does not have cancer. But his fourth cycle of cytotoxic chemotherapy has just started,” Sally tells us.  Neon's full chemotherapy regimen involves cisplatin, lomustine and vincristine.  “Neon was feeling okay until they hooked him up, but he had to hold back the tears as it makes him feel worse by the second.

“How confusing and frightening for a child, or in fact anyone, to be told you must do this treatment to get better, all the while watching and witnessing himself deteriorate.  It makes Neon physically sick, his hair has fallen out and he finds it difficult to eat. He is frail, emotional, experiencing tinnitus and this is just the beginning.  The short-term effects are nothing compared to the horrors of the reality of the long-term effects, which include damage of the DNA, possibly leading to more tumours.  Many people also do not realise that often, people relapse not from their original cancer but because of the treatment.  Blood supply is also affected, increasing problems with blood vessels resulting in the possibility of strokes in later life.

“Thanks to his treatment regimen, Neon is unstable, he's not beaming as the Daily Mail said on Saturday, and he's very sick, he's on anti-sickness medicine and he's very fragile...when you look at him and his co-ordination, he's just hiding away from the world,” she says. “He wants to always build dens around himself. It's very emotional.” 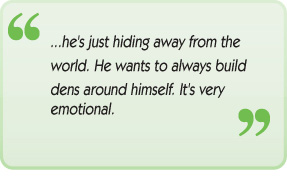 For Sally, one of the saddest aspects of the Channel 4 programme is the enormous missed opportunity that it represents:  “The recent documentary had an opportunity to inform the public of how damaging the conventional treatments are and what the other options are. Sadly, this was not the case. What is needed now is a fair, balanced, wider representation of what is happening here in the UK. To think our immune systems and other proven, safer, gentler therapies could not do the same or much better job is naïve to say the least. Quality of life is an important issue here as well as parental rights.  Let us have an open discussion/debate in the public arena, so once we [have] the true facts, we can make our own decisions rather than [having] them imposed upon us by others with vested interests.”