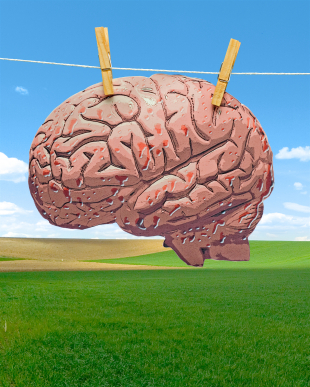 Most British students pay out £9,000/annum over 3 years to graduate. Those who opt for biological sciences will now typically learn about genetically modified (GM) crops. Charlie Maitland, a second-year biology student at a major UK university that is also one of the five UK hotbeds of GM crop research, reflects here on his own education. He pinpoints areas of his education that demonstrate strong bias toward the technology, without even hinting at any health or environmental concerns. He goes on to consider what might be the longer-term implications of a biased education in this field.

Charlie Maitland is a rare breed of student. He contacted ANH-Intl this summer to talk about his education. He had cause to be concerned about the solely positive spin about GM crops being meted out to his student cohort by his lecturers, themselves leading researchers in the field. He was surprised that no-one mentioned, at any point, any evidence pointing to health or environmental risks associated with GM or the lack of adequate toxicological or safety assessments.

By contacting ANH-Intl, Charlie felt he might learn something about differing scientific views, and particularly of those who question whether GM technology is really the silver bullet to agriculture’s challenges, as suggested by his university professors.

After an afternoon’s meeting with ANH-Intl’s Rob Verkerk PhD, including sharing of research, views and ideas, Charlie sent us the following article, which we agreed to publish on our website.

Summary of some facts I was taught at University

Summary of some facts I wasn't taught at University

On the 20th June 2013, the Rt Hon Owen Paterson, the UK secretary of state for environment, food and rural affairs, made a speech at Rothamsted that strongly supported increased adoption of GM technology. Mr Paterson championed the case that, in order to keep up with this exponentially growing GM market, the UK would have to start using GM – and not just for animal feed. Let’s not forget that Owen Paterson’s degree is in History, albeit from Cambridge University, so one wonders about his capacity to grapple with the complex and seemingly contradictory science surrounding GM crop technologies.

As an undergraduate of biology at a leading UK university, I have direct experience of how one of society’s biggest challenges, namely the provision of food in a way that doesn’t degrade the environment, is taught. This area is referred to as ‘sustainable development of agriculture’.

We were taught that GM offers a very suitable approach to ensuring world food security, allowing for higher nutritional returns, superior protection from pests and the potential for crops to be grown on land that cannot presently sustain plant life. These are clearly important issues to address when trying to feed a population that has recently topped the 7 billion mark, and is expected to hit over 9 billion by 2050.

When the potential of GM is portrayed in the classroom in an almost clinically efficient way, free of any of the associated problems, its logic seems overwhelming. However, reading around the subject suggests that the reality is somewhat different.

It seems that our professors’ enthusiasm for GM may have been helped along by the sizeable funding received from the biotech industry. I’ve checked out some of the studies cited on GMOSeralini.org, which couldn’t really be more topical. Wouldn’t it have been relevant to critique some of these research studies? Ignoring them is, surely, no way of providing a balanced education.

Worse than that, as naïve students listening carefully to highly regarded academics whose research revolves around very specific subjects, it is unlikely that most of us will go away to check the facts presented to us. Neither will many of us take it that even more important step further by hunting down new facts that weren’t mentioned. In these modern times, when information is so readily accessible, one would be forgiven for expecting a much more rounded education, looking at all aspects of the subject.

I decided to take a deeper look into possible biases in the GM-related teaching I received because it came over as more of a sales pitch for the biotech industry, rather than an objective education – especially for such a controversial area. To my knowledge, my student peers weren’t as inspired and found other things to do in their holidays.

What really concerns me is that, on the one hand, GM food is already consumed widely throughout the world and is being aggressively pushed on Europeans; and yet, on the other hand, GM research, safety testing and supply is controlled by just a handful of huge multinational corporations, armed with precious little evidence to support their high-handed claims.

How did it get this bad?

As with many other areas of science, our lectures are delivered to us through a process referred to as ‘research-led teaching’. At face value, this would appear to be a good thing for students, as we get to hear stuff first-hand from people who are right at the forefront of their given field. This teaching process is therefore more experiential or subjective than it is objective; relying more on the direct, personal experience of what the educators themselves learn or believe, which is then passed on to students. For our professors in a research-led teaching environment, research comes before teaching. A governmental body called REF (Research Excellence Framework) assesses and ranks university research and gives out grants. Top research means bigger grants, which in turn means further research. I believe that this is where the fundamental problem arises.

Professors teaching what they research are bound to pass on their own biases, biases strongly linked to the interests of the corporations that fund their research. What incentive have they got to give a rounded appraisal of science that is critical of their research? Surely, a professor would much rather promote his or her subject than cast doubt upon it.

This problem won’t, of course, apply to every subject in every department, nor to every institution or university. But it seems to be an ever-greater problem in those fast-growing areas where funding is now driven by industrial interests. GM fits the bill perfectly, and I’m not sure there will be many science or medical students anywhere in the world who are being taught the subject objectively0. What’s more, you’ve got organisations like Sense About Science that are trying to indoctrinate my peer group with their pro-GM, pro-pharmaceutical, pro-vaccination, anti-natural health ideas via their sister organisation, Voice of Young Science.

Summary of what we were taught

Insertion of genes into GM crops

Somewhat superficially, and in summary form, here goes, along with my misgivings:

Genetic modification is achieved by adding one or more genes that code for proteins that are beneficial for us, as growers of crops. For example, cry genes from Bacillus thuringiensis have been inserted into the cotton crop, enabling Cry toxins to be synthesised in the plant tissue and kill specific types of insect pests that eat it.

Two methods of artificial gene insertion are used and are taught to students. Put simply:

Teaching us about how genetic exchange occurs naturally between organisms, through reproduction and horizontal gene transfer, presumably helps us to understand the differences between natural and ‘engineered’ genetic exchange. These mechanisms have played a key role in the evolution of single-celled organisms into the most advanced organisms. The more recent recognition among scientists that genetic transfer can occur naturally between different species seems to be an increasingly popular justification for genetic modification controlled by humans. However, I am not convinced that humans have the wisdom of millions of years of evolution!

Naturally occuring plasmids are key to horizontal gene transfer. We were given the pea aphid as an example of a eukaryote that relies on plasmids for genetic exchange. Pea aphids are normally green, but have pink/red colour morphs. The pink/red colour may be an adaptation to assist survival from predators. Biochemical analysis has shown that the colour is a type of carotenoid, but rather than having to eat carotenoids from plants, the pea aphid has a gene that codes for the carotenoid. Most interestingly, recent genetic sequencing shows that this gene was transferred to these aphids from fungi.

What we weren’t told is just how unusual this is in more complex creatures like animals or plants. Neither were we informed that the the green colour morph of the pea aphid is considerably more common in its natural environment. In addition, the evidence for the defense role of the pink colouring is based more on its protective function against parasitoids (tiny parasitic wasps) than it is on predators (such as ladybirds and hoverfly larvae).

We were taught absolutely nothing about how humans got in on the act of genetic engineering. We didn’t hear how Monsanto and others manipulated the judicial system to their own ends, to create a business model around patented seeds and crops that the companies would aggressively defend. Or how the dominance of GM soya and maize in the USA, Canada, Brazil and other countries is the result of forceful marketing and legal challenge of any farmer whose fields become contaminated with Monsanto’s patented crops.

In short, we only heard a small part of the story. There’s a grave risk that members of the public with an interest in GM could be better informed than we students, who are reliant only on the information provided to us in our lectures.

I am deeply concerned that, if universities don’t give their students a balanced education, they prevent them from becoming critical thinkers. This means they’ll be less useful to society in the long term. I’m concerned that teaching of the kind I experienced encourages graduates to blindly apply for jobs in biotechnology, along with a type of thinking that continues to see GM technology as the best candidate to offset world hunger in the years ahead. Yet there’s no good evidence for this.

There are two major reports that point to a sustainable future without the need for GM crops, both of which I strongly believe should have been mentioned during our lectures. These are:

These reports remind us that the best way to avoid food crises, especially those in less-developed countries where they are projected to be most serious, is to adopt ecosystem and community-orientated agricultural approaches that promote biodiversity. Such approaches also serve to loosen the biotech companies’ stranglehold on farmers.

I believe a much more powerful and balanced approach to our education on GM crops would have involved an objective look at all sides of this complex story. It should have encouraged more debate among the students and academic staff, and brought in staff from other departments provide input on wider aspects, e.g. socio-political, economic, health and environmental risks.

This wasn’t to be, and it was clear that ‘research-led teaching’, in this case possibly better regarded as ‘biotech industry-sponsored-teaching’, won the day. In such a predicament, a balanced education can only be achieved if a student is prepared to do his or her own extra-curricular research. Most don’t, it seems.