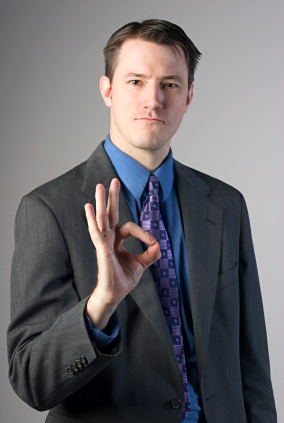 Is industry trying to derail legislation on endocrine disruptors?

Seventeen scientists who have criticized plans in Europe to regulate endocrine-disrupting chemicals have past or current ties to regulated industries.  An investigation by Environmental Health News reveals that of 18 toxicology journal editors who signed a controversial editorial, 17 have collaborated with the chemical, pharmaceutical, cosmetic, tobacco, pesticide or biotechnology industries.  Some have received research funds from industry associations, while some have served as industry consultants or advisors.  The stakes are high in the controversy because it involves the European Union’s strategy to regulate hormone-altering chemicals – the first attempt in the world to do so.  The new rules would have sweeping, global ramifications because all companies that sell a variety of products in Europe would have to comply.

Read the full story at the Environmental Health News website.

It’s difficult to escape the suspicion that the noise and fury generated by the toxicologists who co-signed an editorial and open letter published in 14 different peer-reviewed scientific journals from July to September and addressed to EC Chief Scientific Advisor Prof Anne Glover that appears to be designed to kill off, or at least significantly weaken, the European Commission’s eventual regulatory regime for endocrine-disrupting chemicals (EDCs). After all, the proposed Commission Recommendation merely suggests a definition of the term ‘endocrine disruptor’ and a broad categorisation based on the level of evidence.

Not only has Environmental Health News shown that fully 94% of the editorial’s authors have industry ties, but rebuttals have subsequently been published in two separate peer-reviewed journals – with, it’s worth noting, far more co-signatories than the original editorial. The co-signatories are independent scientists with no declared conflicts of interest, among them the most eminent researchers in the EDC field. The overall impression is of a discipline anxious to distance itself from the antics of a potentially highly compromised group of scientists.

The arguments used by the scientists in self-defense are precisely those used by provably compromised organisations like the European Food Safety Authority (EFSA). EFSA appears to believe that merely declaring them solves the problem of conflicts of interest on its expert panels: that ‘experts’ with industry ties are fine, as long as they admit it. Thinking along similar lines was Bas Blaauboer, editor of the journal Toxicology In Vitro: “Working in a university, we have collaborations with people all over the world, including people who work in the industry, but we always have the freedom to say whatever we want”. Wolfgang Dekant, Editor-in-Chief of Toxicology Letters, went further: “You can’t do research anymore if you don’t go for money from all sources”.

What looks increasingly certain, based on the weight of scientific evidence, is that the nearly 800 known or suspected EDCs pose numerous threats to health, from poor sperm quality and genital malformations to adverse pregnancy outcomes. What’s more, according to the World Health Organization (WHO), “A focus on linking one EDC to one disease severely underestimates the disease risk from mixtures of EDCs”. So to say that reducing your exposure to EDCs is a good idea is like saying a parachute is fairly handy at 12,000 feet.

One of the more well-known EDCs is bisphenol A (BPA). BPA has been banned for use in baby bottles by the EU, while the US Food & Drug Administration is supporting moves to remove BPA from baby bottles and infant feeding cups and no longer authorises the use of BPA in infant formula packaging. On 6th September this year, the US Environmental Protection Agency (EPA) dropped plans to add BPA to a list of ‘chemicals of concern’ that would be considered for further regulation, along with a class of phthalates and a category of polybrominated diphenyl ethers (PBDEs). The EPA cited delays caused by the Office of Information and Regulatory Affairs (OIRA) as the reason for shelving its plans. “Evidence is more than sufficient to warrant such a designation,” complained the EPA’s Richard Denison, “But...these efforts are being stymied, delayed or weakened at every turn by a chemical industry intent on limiting EPA activity”.