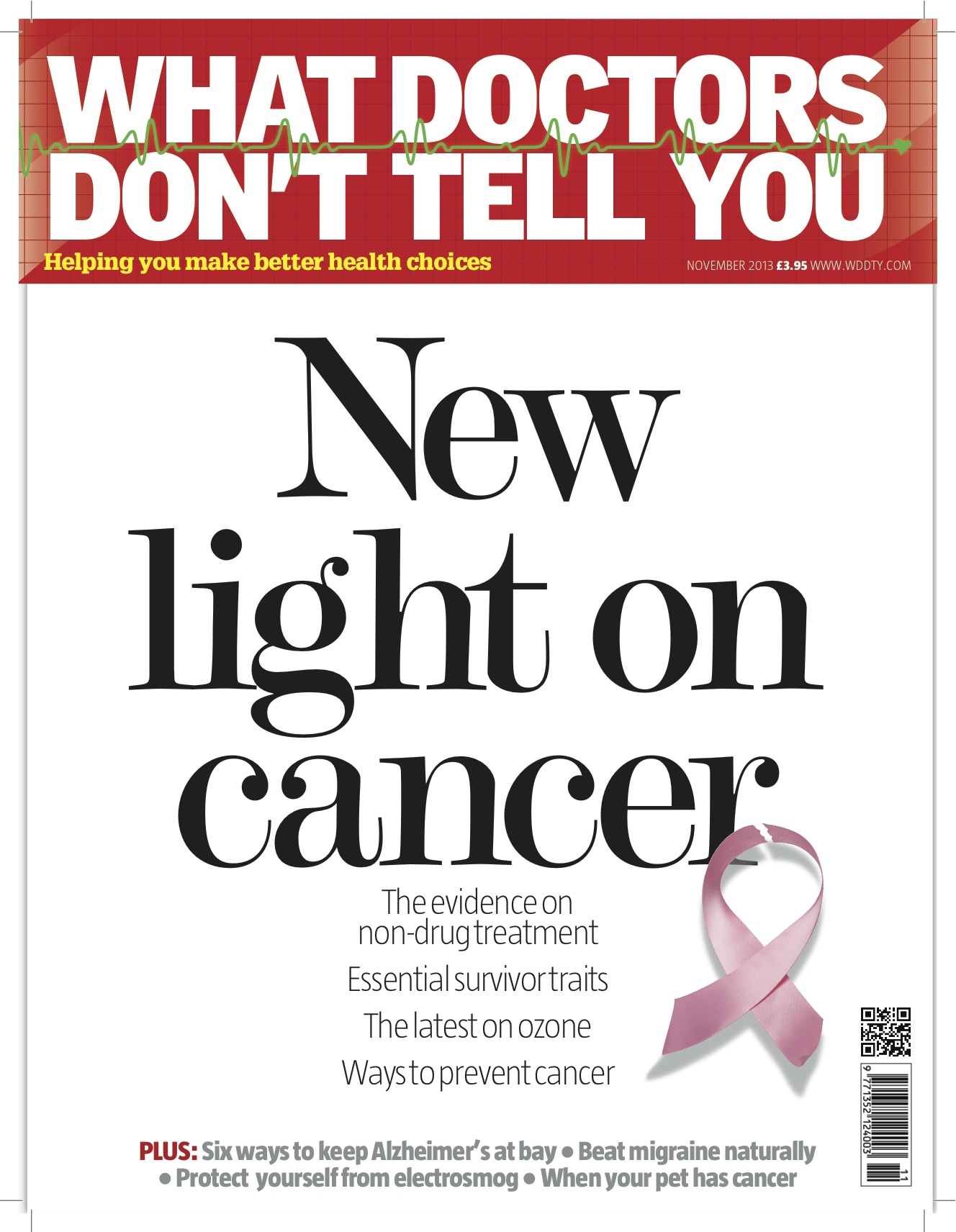 How The Times tried to stop you from reading WDDTY mag

Lynne McTaggart explains how The Times conspired with UK skeptics in an attempt to shut down What Doctors Don&rsquo;t Tell You magazine&nbsp;

What Doctors Don’t Tell You (WDDTY) is a rare beast of a magazine. It seeks to provide readers with information that they can’t readily get from mainstream sources. ANH-Intl founder, Rob Verkerk PhD, has written a monthly column in the magazine since its first high street and newsagent edition was issued in August 2012. The magazine is co-edited by Lynne McTaggart, author of The Field and other bestsellers. Uniquely among UK newsagent and supermarket newsstand offerings, WDDTY provides information aimed to help health-conscious, natural-living members of the public to make more informed choices. 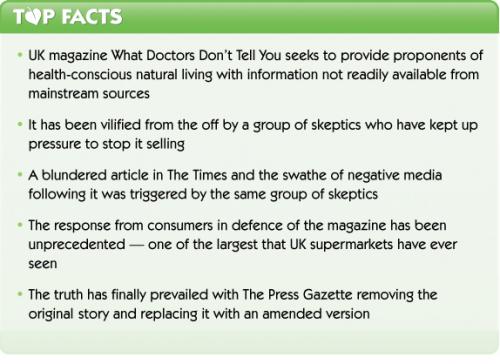 The Times vs. WDDTY

On 1st October, The Times newspaper of London published an article that could well have precipitated the death knell of WDDTY magazine. If The Times piece had stopped the public buying the magazine, it would undoubtedly have struggled to survive. Fortunately, this hasn’t happened; in fact, subscription rates have increased, not declined, as a result of the publicity. That's how keen the public is to get information they can’t readily get from their doctors!

Nonetheless, there are valuable lessons to be learned by all, especially the fact that it is the public’s choices that can have the most powerful influence on the status quo. For many of us that support freedom of the press, it is a relief to find that magazine sellers have been unswayed by the poorly researched, provocative article in The Times, or those skeptics that inspired it. 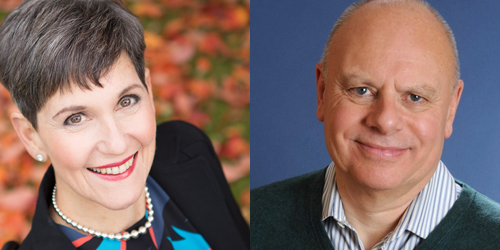 Lynne McTaggart and Bryan Hubbard: editors of What Doctors Don't Tell You magazine

In Lynne McTaggart’s own words, here’s what happened…

By Lynne McTaggart, editorial director, What Doctors Don’t Tell You

On October 1 2013, we woke up to find ourselves and our magazine, What Doctors Don’t Tell You (WDDTY), the subject of a national scandal, when The Times of London ran with an article about how there was a ‘call to ban’ our journal over ‘health scares’.

The Times’ article alleged that a group of ‘experts’, including ‘scientists, doctors and patients’ were ‘condemning’ shops for carrying our magazine.

The article also said that we’d claimed that vitamin C ‘cures’ HIV, that homeopathy could treat cancer, that we’d implied the cervical cancer vaccine has killed ‘hundreds’ of girls and that we’d told parents in our latest (October 2013) issue not to immunise their children with the MMR vaccine.

Suddenly, it was open season on WDDTY, with other media simply parroting the story. The Wright Stuff show on Channel 5 quickly followed suit with a TV debate, flashing up a photo of me as editor of WDDTY, while the BBC’s Five Live held a radio debate about the maggazine. By Thursday, when the Press Gazette got onto it, the headlines had escalated that our health advice “could prove fatal”.

In all the furore, not one of the newspapers, radio shows or television stations bothered to hold the story until they’d made contact with us, even to solicit a comment – which is Journalism 101 when you intend to run a story on someone, pro or con.

It’s also apparent from the information published in The Times and in all the media following that not one journalist or broadcaster has read one single word we’ve written, particularly on the homeopathy story, and for a very good reason: at the time the story broke in The Times, our article had not yet been written! 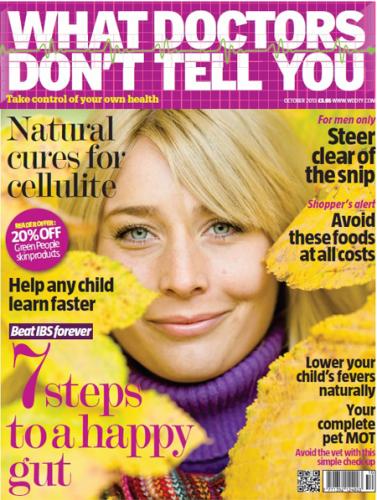 The Times vs. the truth

The Times stated that we said vitamin C cures HIV.

We had written: “US internist Robert Cathcart...devised an experiment with around 250 in-patients who tested positive for HIV. In a letter to the editor of The Lancet, he wrote that his regime of giving oral doses of vitamin C close to “bowel tolerance” had “slowed, stopped or sometimes reversed for several years” the depletion of an HIV patient’s CD4+ count".

The Times said that we implied that the cervical cancer vaccine has killed ‘hundreds’ of girls.

We had said that, up to 2011, the American Vaccine Adverse Event Reporting System had received notification of 68 deaths and 18,727 adverse reactions to the vaccine. The figure has now risen to 27,023 events.

The Times said that we suggest homeopathy could cure cancer.

In the ‘Coming Next Month’ column in our October issue of WDDTY, we wrote the following (and this is all we wrote):

“The US government has carried out impressive studies into homeopathy as a treatment for cancer, and a clinic in India is actually using it. We report on their findings about homeopathy as a cancer treatment.”

Although WDDTY has been in print as a newsletter since 1989, as soon as we converted it to a newsstand magazine in September 2012, the ‘charity’ Sense About Science tried to have us removed from the shelves. Sense About Science is the self-proclaimed ‘guardian’ of all things ‘scientific’ — and is partly sponsored by the Royal Pharmaceutical Society, the official trade body for the UK’s drug companies, among other Big Pharma organisations. Their spokesperson, Simon Singh, apparently contacted our distributors, urging them to stop supplying our magazine.

Singh then contacted all our outlets (like WH Smith and supermarkets) and tried to persuade them to stop carrying us. When they refused, Singh and a small cluster of his Sense About Science associates began a mass email campaign, bombarding every supermarket and retail group with emails. They were assisted by a hate campaign of trolls from the Nightingale Collaboration, another Singh-related organisation, on our Facebook pages.

When we alerted our supporters to this, thousands of them sent emails of their own — one of the largest waves of support the supermarkets said they’d ever seen!

Singh’s campaign didn’t end there. He then relentlessly pestered the Advertising Standards Authority (which is not a government agency but a private, industry-funded company) with complaints about our advertisers in attempts to scare them away.

All of the ‘experts’ quoted in The Times article are associated with Singh and his campaign. Virtually the only ‘complaints’ ever registered concern Singh and his followers.

An even greater issue here than the spectacle of a pharmaceutically backed organisation trying to silence information about natural, non-drug-based medicine has to do with collusion of the national press and its tacit protection of the Establishment.

The Times never acknowledged our complaints, but took the unprecedented step of writing to our supporters to say our version of events was wrong. Consequently, we fought the skirmish on our Facebook pages and in our e-newsletters, by exposing the multiple lapses of good journalism in all the press and dirty tricks used by Singh and co.

To defend his story, Tom Whipple, the author of The Times’ article, then engaged in a long debate with our supporters on our Facebook pages, eventually making the extraordinary suggestion that we should have run the MMR story with a disclaimer.

In other words, he seems to be suggesting, the role of a reporter is to support the status quo.

WDDTY and its editors fervently believe otherwise. In our view, the press must remain the Fourth Estate — whose job is to challenge the Establishment, and be a watchdog over it, not its patsy.

As James S. Turner, Board chair of Citizens for Health, a health advocacy organization, said recently: “Those who control or suppress access to such information say they do it to protect an ‘ignorant’ public. Don’t be fooled. People who hide information disrespect the public and act against its interest in taking responsible personal action. Don’t trust the censors.”

Eventually, we prevailed. The Press Gazette removed the original story, interviewed us and posted an amended story. The producer of BBC breakfast radio called to say she had not been ‘happy’ with the story and allowed us to have our say on a later broadcast. The stores are continuing to stock our publication, and have confirmed their belief in freedom of the press and the right of our readers to read our publication.

And this entire episode has highlighted the urgent need for medicine and consumers to be liberated from the hands of the pharmaceutical industry. After all, this industry has turned doctors from healers into drug-delivery systems, and is attempting in every way possible to deny you access to non-drug-based systems of medicine. 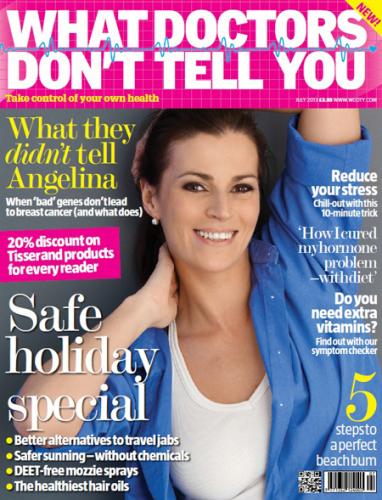 If you believe in free choice as medical consumers and wish to protect WDDTY and the right to choose our own system of health care, here’s what to do:

1. Write an email of support to the British stores who carry What Doctors Don’t Tell You:

2. Buy a copy of What Doctors Don’t Tell You. It’s available in Tesco, Sainsbury’s, WH Smith and over 8000 independent retail outlets. You can also subscribe through www.wddtysubscribe.com

3. Write to The Times and voice your complaint that such a biased and poorly researched article was published: [email protected]

5. Read Lynne’s blogs on the subject:


How the London Times tried to stop you from reading this