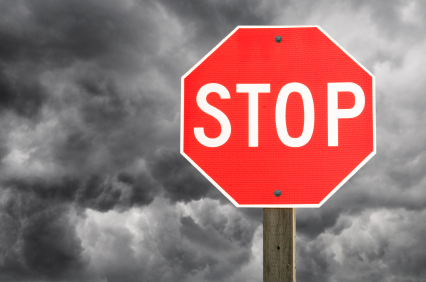 Maurice (Lord) Saatchi’s Medical Innovation Bill offered the promise of greater access to innovative treatments for UK cancer patients. Yet not only has the UK government blocked progress of the Bill, but a government official declared that a cure for cancer already exists! What’s going on?

After Maurice Saatchi watched his wife, author Josephine Hart, die a protracted and painful death from ovarian cancer in 2011, he swore to do something about it. His answer was a so-called Private Members’ Bill, the Medical Innovation Bill, which – if passed into law – would allow doctors more freedom to prescribe to cancer patients, with their agreement and under exceptional circumstances. Saatchi described cancer as “relentless, remorseless and merciless” in a September interview with the BBC’s Andrew Marr, and accused cancer treatment of being “mediaeval, degrading and ineffective”.

Many, including ourselves, have good reason to agree with Saatchi. And, although the Medical Innovation Bill is clearly designed to give doctors additional freedom to try orthodox cancer treatments that are not part of ‘standard care’ and government-approved cancer treatment guidelines, it may also open the door to more natural, innovative and less damaging cancer therapies.

Article 2 of the proposed Bill states that doctors may depart from the “pre-existing range of acceptable treatments for the condition” in cases where evidence is lacking. In doing so, he or she must weigh up factors like the likelihood of success and the consequences of using, or not using, the proposed unlicensed treatment: the Bill is deliberately structured to dissuade “mavericks” or “snake oil salesmen” from using patients as guinea pigs. Under these conditions, it is easy to envisage a situation where an enlightened physician would opt to try one of the myriad non-orthodox cancer treatment options. On the other hand, the requirement to take into account the opinions of the patient’s multi-disciplinary management team would greatly limit their use in practice. But it’s a start.

The Medical Innovation Bill received its first reading in the House of Lords on 3rd December last year. On 17th October 2013, however, the UK government announced it was opposing the Bill, effectively blocking its progress through Parliament. Officials at the Department for Health (DoH) told Saatchi’s team that the Bill was “unnecessary,” to which Saatchi responded, “They think it's unnecessary because there is no problem with cancer innovation, there’s no need for clarification of the law or for codifying best practise.” The UK government appears happy to see UK cancer survival statistics languish behind those of other countries.

Bizarrely, when informing Saatchi of its decision, a DoH official told him that, “There is a cure for cancer”. And this wasn’t just any official – it was “The most senior officer in the [DoH], responsible for medical innovation in Britain”. Huge news! Most likely, this official believes that chemotherapy, radiotherapy and surgery, AKA the existing “mediaeval, degrading and ineffective” standard NHS cancer treatment, represents a cure. But if not, someone should tell Neon Roberts and his family, and others in similar unenviable positions, ASAP.

History tells us that making the UK’s National Health Service (NHS) lithe and responsive to the latest scientific developments in cancer treatment for the benefit of patients is akin to getting a supertanker to do a neat U-turn in a marina. We await with bated breath whatever the DoH intends to lay out for cancer patients, and hope it’s not just another cynical ploy from the ‘cancer establishment’.

What’s also interesting is the muted reaction of the UK media to the blocking of Saatchi’s Bill. Only the Daily Telegraph covered the story, in contrast with widespread interest when the Bill was first announced. We can only speculate why this might be. Is it possible that the pharmaceutical industry didn’t like the potential for competition offered by the Bill, and put pressure on the government to block it? Media and pharma are basically owned and controlled by the same people, and it may be in pharma’s interests to bury the story – thereby heading off any protest at the blocking of a potentially popular measure. Who knows?

According to spokesman Dominic Nutt, “Scientists, doctors, patients and many politicians see the need for the Bill and back it. Support is growing. The campaign continues.” Let’s hope that the Bill is resurrected in the near future. We’ll keep you informed all the way.