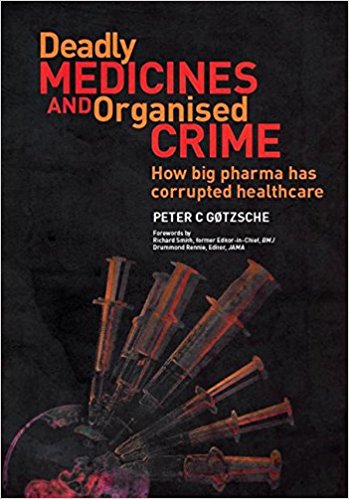 When a co-founder of evidence-based medicine’s standard-bearer, the Cochrane Collaboration, describes the pharmaceutical industry as akin to the mafia, it’s time to sit up and take notice. That’s precisely what Dr Peter C Gøtzsche, who is also head of the Nordic Cochrane Centre, has done with Deadly Medicines and Organised Crime: How big pharma has corrupted healthcare. Read our exclusive interview with Dr Gøtzsche below to learn more about his findings.

Dr Gøtzsche’s is the latest in a lengthening procession of books exposing the murky underbelly of the pharmaceutical industry. Most recently, we’ve had Ben Goldacre’s Bad Pharma, along with other notable examples by Marcia Angell and Richard Smith, former editors of the New England Journal of Medicine (NEJM) and the British Medical Journal (BMJ), respectively.

But this is the first time such a broadside has been launched by someone so intimately acquainted with the published medical literature. Dr Gøtzsche’s current tally runs to forty meta-analyses and systematic reviews published in the Cochrane Database of Systematic Reviews alone: the fruits of many years’ forensic examination of medical data. Dr Gøtzsche knows what he is talking about, and his opinions carry significant weight.

He doesn’t hold back. In the opening pages of a book the author describes as a “polemic” – because “There is little point in describing what is working well in a system that is out of social control” – we learn that “In the United States and Europe, drugs are the third leading cause of death after heart disease and cancer.” The following two hundred-odd pages are then spent explaining, in close but fascinating detail, how this murderous monster escaped its shackles. We covered many of the tricks and tactics used by pharma to twist the literature to their advantage in our review of Bad Pharma so we won’t recap them here. Suffice it to say that, way before the end of Deadly Medicines and Organised Crime, you will likely be in full agreement with Dr Gøtzsche that “Organised crime [is] the business model of big pharma,” an industry comprising companies that “Don’t sell drugs, they sell lies about drugs”.

We wanted to learn more about this important new book from the author himself. so we put together a list of questions to which Dr Gøtzsche was kind enough to respond by email. The questions and answers are reproduced below with minimal editing by ANH-Intl. 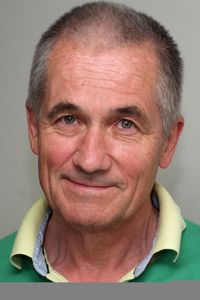 ANH-Intl: What do you think is the single biggest threat to the safe practice of medicine that ensures the delivery of the highest quality care and best possible outcomes?

PG: That we have allowed the industry to be its own judge. As long as testing drugs is not a public enterprise, performed by disinterested researchers, we cannot trust what comes out of it.

ANH-Intl: How important are non-pharmaceutical approaches to the combat of escalating rates of major chronic diseases, such as heart disease, cancer, type 2 diabetes and obesity?

PG: Non-pharmaceutical approaches can be more important than drugs. Exercise works equally well for diabetes and depression as drugs and, in contrast to drugs, it has many other beneficial effects. Psychotherapy for depression doesn’t make people dependent on drugs and doesn’t turn transient problems into a chronic disease when people cannot stop taking their drugs. Most important of all, we need to tackle the food industry and ban junk food and junk drinks.

ANH-Intl: What is your opinion of the AllTrials initiative in terms of its potential to significantly improve the objectivity of the medical literature in future?

PG: I have campaigned for access to all data, including the raw data, from research on patients for many years. In 2010, we succeeded in gaining access, for the first time in the world, to unpublished clinical study reports at the European Medicines Agency, which had the effect that the Agency changed its policy from one of extreme secrecy – like the current FDA policy – to one of candid openness. This was to the drug industry’s great chagrin, as its business model hinges on publishing flawed research.

ANH-Intl: Similarly, do you think a sea-change in medical student education is needed to deliver better health outcomes, especially for chronic degenerative diseases?

PG: Yes. There is far too much focus on drugs as the solution to everything and far too little focus on their harms, and the education by necessity builds on flawed research, as this is what gets done and published.

ANH-Intl: Towards the end of your book you state that “What we should do is...identify overdiagnosed and overtreated patients, take patients off most or all of their drugs, and teach them that a life without drugs is possible for most of us.” Can you please explain this a little further? Should the removal of drugs be accompanied with any new modality, and if so which ones might be among the most important?

PG: Removal of drugs should usually not be accompanied by the introduction of other types of treatment. Many patients would gain a better quality of life if their drugs were taken away from them. What we need is to remember Bobby McFerrin’s song: “Don’t worry, be happy”. We shall all die, but we should remember to live while we are here without worrying that some day in the future we might get ill. It is daunting how many healthy people are put on drugs that lower blood pressure or cholesterol, and it changes people from healthy citizens to patients who may start worrying about their good health. This can have profound psychological consequences apart from the side effects of the drugs that the patients don’t always realise are side effects, e.g. if they get more tired or depressed after starting antihypertensive therapy or experience problems in their sex life.

ANH-Intl: What can the public and patients do to help redress the situation? Are they effectively disempowered or are there things they can do to help build a more functional healthcare system?

PG: First of all, the public needs to know the extent to which they are being deceived in the current system, e.g. few people know that prescription drugs are the third major killer. If drug testing and drug regulation were effective, this wouldn’t happen.

ANH-Intl: Numerous problems with the medical literature are cited in your book, among them unpublished trials, fiddled statistics, unsuitable comparators and other methodological weaknesses and the preponderance of academic ‘flak’ in the form of weak, industry-sourced publications designed to muddy the waters. Bearing this in mind, what advice would you have for anyone wishing to locate high-quality published data?

PG: There are very little high-quality published data. Neither the drug industry nor publicly employed researchers are particularly willing to share their data with others, which essentially means that science ceases to exist. Scrutiny of data by others is a fundamental aspect of science that moves science forward, but that’s not how it works in healthcare. Most doctors are willing to add their names to articles produced by drug companies, although they are being denied access to the data they and their patients have produced and without which the articles cannot be written. This is corruption of academic integrity and betrayal of the trust patients have in the research enterprise. No self-respecting scientists should publish findings based on data to which they do not have free and full access.

ANH-Intl: Are there any classes of drug, as opposed to individual products, for which, in your opinion, there is no valid scientific or medical justification for their use in healthcare?

PG: There are several classes of drugs, e.g. cough medicines and anticholinergic drugs for urinary incontinence, where the effect is doubtful but there is no doubt about their harms, which in my opinion means they should be withdrawn from the market. There are many other types of drugs that likely have no effect. All drugs have side effects, and it is therefore difficult to blind placebo-controlled trials effectively. We know that lack of blinding leads to exaggerated views on the effect for subjective outcomes, such as dementia, depression and pain, and it is for this reason that many drugs, which are believed to have minor effects, likely aren't effective at all.

There are also classes of drugs where, although an effect has been demonstrated, their availability likely does more harm than good. I write in my book that, although some psychiatric drugs can be helpful sometimes for some patients, our citizens would be far better off if we removed all the psychotropic drugs from the market, as doctors are unable to handle them. Patients get dependent on them, and if used for more than a few weeks, several drugs will cause even worse disorders than the one that led to starting the drugs. As far as I can see, it is inescapable that their availability does more harm than good.

ANH-Intl: The chapter in your book entitled “Intimidation, violence and threats to protect sales” begins as follows: “It takes great courage to become a whistle-blower. Healthcare is so corrupt that those who expose drug companies’ criminal acts become pariahs.” Have you experienced any blowback since publishing the book?

PG: No, quite the contrary, as people have praised the book. I don't hear from the drug industry of course, but I have seen blunt lies about the book being propagated by drug industry associations and their paid allies among doctors.

Deadly Medicines and Organised Crime comes with the highest possible ANH-Intl recommendation. You could make a real difference by gifting copies of this book to those around you think would benefit most from knowing about what’s really going on in so-called healthcare. The sooner enough people know about what an all-encompassing and lethal scam pharma-led medicine has become, the sooner people will simply withdraw their support and things will change.

Why not spread some truth with your seasonal cheer?