The ancient Indian traditional ‘science of life’, Ayurveda, is under enormous regulatory threat in the UK – along with other non-European traditional systems of medicine. Last Thursday, at a well-attended meeting in the UK Houses of Parliament organised by campaign group Save Herbal Medicine, Justice Minister Simon Hughes promised action to safeguard Ayurveda. 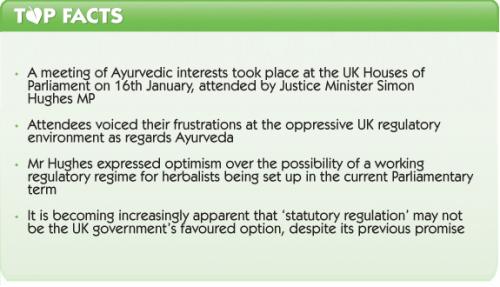 Across the European Union (EU), and in the UK in particular since the advent of the Traditional Herbal Medicinal Products Directive (THMPD; Directive 2004/24/EC), Ayurveda is caught on the horns of a dilemma. On the one hand, the THMPD is manifestly unsuited to regulating the manufactured herbal formulations that lie at the heart of so much Ayurvedic practise – a fact recognised by the European Commission itself in its 2008 experience report, COM(2008) 584 final. At the same time, there is no regulatory scheme in place – in the UK or any other EU Member State – for practitioners of Ayurveda.  A sticky and frustrating situation indeed for the UK Ayurvedic community. 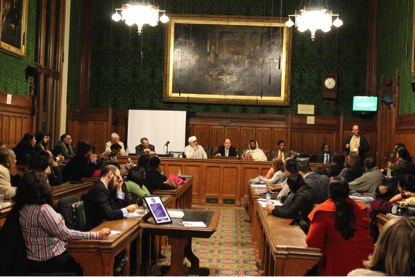 As observed more than once at a meeting convened by Amarjeet S Bhamra, of campaign group Save Herbal Medicine at the Houses of Parliament on Thursday 16th January, the UK government’s promise to regulate herbal practitioners has failed to materialise – while attendant difficulties have multiplied. Speakers expressed their frustrations with the regulatory situation and extolled the widespread benefits of Ayurveda for all manifestations of disease, and especially the chronic conditions for which orthodox medicine has no answers.

With the government seemingly backing away from its previously stated commitment to SR, an air of expectancy preceded the arrival of Simon Hughes MP, the recently appointed Secretary of State for Justice. Fortunately, his address was refreshingly optimistic. He acknowledged the depth and richness of Ayurvedic tradition, while declaring that “I have long been persuaded that the activities within the health service and health provision, and the activities of people who are...propagating their practises in ways that are offering health remedies and health improvement [and which are] core activities and well-established activities, ought to be regulated.”

Continuing, Mr Hughes referred to the seemingly endless procession of reports, working parties, proposals and consultations that has brought us to where we are today: on the verge of yet further working group discussions on the topic of herbal practitioner regulation.  He suggested that the government may wish to legislate for some form of herbalist regulation in the current Parliamentary term, with a general election confirmed for 7th May 2015. This may be possible only because secondary legislation will be required, and not the more time-consuming primary legislation.

Mr Hughes’ third key point concerned what he sees as the wider benefits to society of herbal practitioner regulation: “It is in the interests of the consumer...to know who is a recognised practitioner, valid and validated. It’s in the interests of the profession that other people don’t appear and promote themselves and do so unjustifiably, which damages those [practising responsibly].” He also believes that research efforts will benefit from a regulated profession. All this must be viewed, warned Mr Hughes, through the prism of the EU, which wants common regulatory standards across all EU Member States.

All of which sounds resoundingly positive – and in many ways, it is. It cannot do any harm to the cause of regulation of herbal practitioners, of every stripe, to have someone as influential as Mr Hughes onside. However, we must strike a note of caution.

Firstly, we have of course been here before – many times, as Mr Hughes himself pointed out. It may be that things are different this time, and a government nobly burdened by disquiet over consistent delays to herbalist regulation pulls the cat out the bag before the May 2015 general election. It will have its work cut out: the working group's final report isn't due until March 2015. On the other hand, the “time-honoured politician’s technique of the infinite consultation” may be refined yet further by some unforeseen circumstance. Only time will tell.

Secondly, although all the talk at last week’s meeting was about SR, the signs are that SR is no longer the favoured option. The government has already declared that its originally intended route to SR conflicts with EU legislation – although we have seen nothing to convince us that this is actually the case. Government correspondence to working group invitees raises the possibility of simpler voluntary self-regulation as an alternative to SR. And we suspect that only voluntary self-regulation would permit regulation to be in place by 2015.

Finally, the MHRA is overseeing the working group along with the DH – indicating that the group’s terms of reference will be centred around herbal products, rather than herbal practitioners. 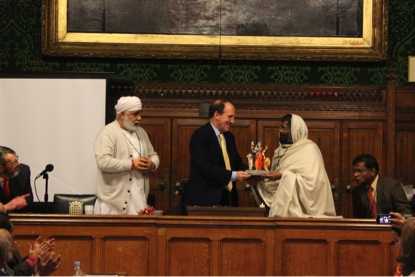 Taking all the above into account, we believe that the following strategy provides the best way to ensure a viable future for herbal medicine in the EU:

Herbal medicine is at a crossroads both in the UK and throughout the EU. Sensible and proportionate regulation of herbalists – of all traditions – and herbal products is of vital importance to the millions of EU citizens involved in or reliant upon the entire sector. We await the outcome of the working group discussions with enormous interest.

With thanks to Amarjeet S Bhamra for organising the 16th January meeting and for providing photographs for this article.