Home News ANH-Intl Feature: Does folic acid protect from – or cause – cancer? 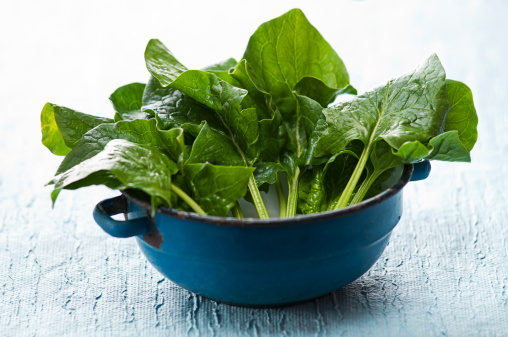 ANH-Intl Feature: Does folic acid protect from – or cause – cancer?

While you should always be cautious about extrapolating results from rodent studies to humans, it’s noteworthy that a group of Canadian researchers have discovered that high-dose folic acid supplements given to rats can have tumour-promoting effects (PLoS ONE, 2014: 9(1); e84635). They found that supplemented rats suffered higher rates of mammary tumours when malignancies had been chemically initiated in the cancer-susceptible Sprague-Dawley strain. 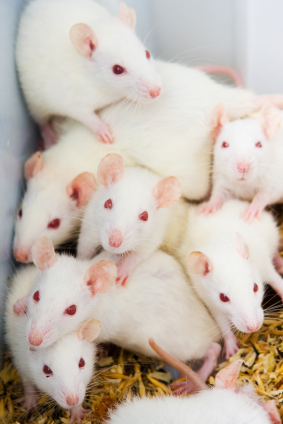 This is not the first study suggesting a potential link between high-dose folic acid and cancer. In 2009, a study by Norwegian researchers published in JAMA showed increased incidence of lung cancers among those supplementing with folic acid. Other evidence has also suggested prostate and lung cancer incidence might be increased.

This rather un-straightforward relationship between folic acid and cancer may not be so surprising. Let’s look at this in a little more depth. 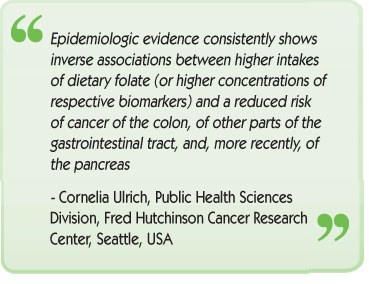 For most vitamins and other essential nutrients, evolution has resulted in a top-class balancing act that uses nutrients in specific forms and amounts in very specific ways to deliver specific functions. In the case of folate, the vitamin group to which folic acid belongs, the functions are both huge in number and fundamental to animal life. One of its most important roles is in building and repairing DNA and consequently cells, hence the key role of folate in growth and development – and its ability to protect against neural tube defects in developing foetuses.

This DNA and cell building and repair function also makes folate indispensible for those areas of the body with high cellular turnover. The immune system and gastrointestinal tract immediately spring to mind.

Among its many other functions, the vitamin acts as a vital cofactor in the production of energy in cells, the prevention of cognitive decline, homocysteine metabolism and endothelial function. This is why folate protects against such things as fatigue, Alzheimer’s disease and certain forms of heart disease. Therefore, be folate-deficient at your own peril.

But folate can also have a darker side. What some of the recent work on folate appears to suggest is that while folate can fuel the very system – the immune system – that prevents tumour initiation, it may also be able to fuel the proliferation of cancers that have already been initiated. And balancing these counteracting processes is quite some feat.

So, where does the overall evidence of the benefits or risks of high-dose folic acid intake stand, given that the results of studies are, unsurprisingly, mixed?

The most common tool used to evaluate the balance of evidence is, of course, the meta-analysis (study of studies). The most comprehensive meta-analysis to date was published last year in The Lancet journal (2013; 381 (9871): 1029-1036). After examining data on 50,000 subjects from 13 trials, the researchers from Oxford University concluded that there was no statistically significantly increased – or decreased – risk of colorectal, lung, breast or prostate cancer among supplemented groups. What they did find, however, was somewhat disturbing: a weak, statistically non-significant 6% greater cancer risk overall among those supplementing with the vitamin, compared with non-supplementing subjects. But, interestingly, those who took the highest doses didn’t appear to be at any greater risk. Nor was there any suggestion that those who supplemented for longer periods were more likely to get cancer.

Much of the justification for all the intervention studies using folic acid has come from epidemiological evidence, i.e. the retrospective study of human populations. Here, we see a strong trend for reduced risk of colorectal cancer and, increasingly, pancreatic cancer among those with higher dietary intakes of folate. And, as the science is also showing ever more clearly, dietary intake of food forms of nutrients is not necessarily equivalent to supplementation with synthetic forms.

The pattern that is beginning to emerge looks something like this: high-dose, synthetic folic acid can, in certain circumstances that are not altogether clear, decrease or increase cancer incidence. Another strand of evidence is just as relevant, however. When folate intakes are relatively high, and the folate comes from food, we see a more consistent and stronger picture of cancer-protective effects, with none of the apparent risks associated with synthetic folic acid. 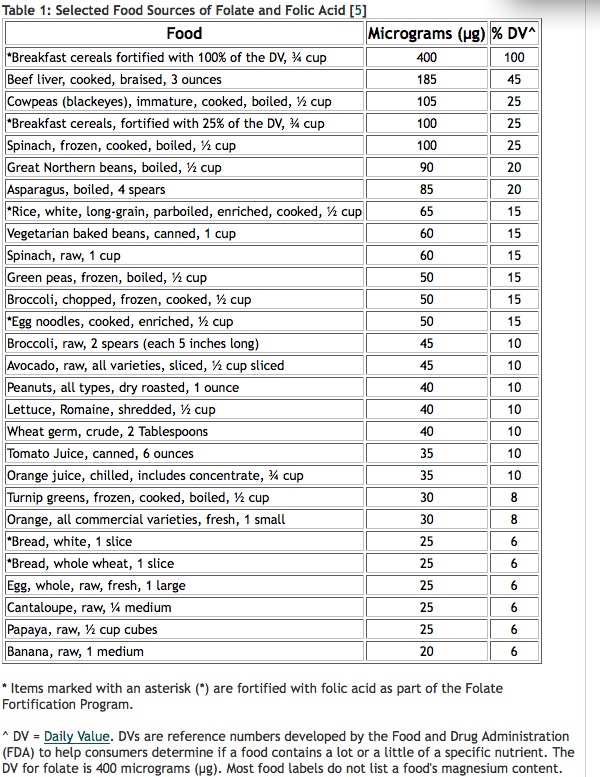 Such relationships between natural and synthetic nutrients are, of course, not unfamiliar. With beta-carotene and vitamin E, for example, the natural forms have also been found to be superior, unburdened with the potential risks of their synthetic counterparts.

In the case of folate, synthetic folic acid represents its most oxidised state. If we consume this form, it needs to be converted to the forms usable by the body through the action of enzymes. The relative amount of the active form, notably 5’-methyltetrahydrofolate (5-MTHF), and the synthetic form is down to such factors as how much you take, how quickly it gets converted and how much is being used. This is a very variable and unpredictable process, and there’s a further complication: many people have defects in specific genes that are responsible for the enzymes required to convert folate into its primary active form, 5-MTHF. Among the many enzymes involved are dihydrofolate reductase (DHFR) and methylenetetrahydrofolate reductase (MTHFR).

There’s also an increasing suggestion that an excess of unmetabolised folic acid (UMFA) knocking around in the bloodstream may be central to the potentially harmful effects of high-dose synthetic folic acid supplementation.

Distilling this complex scientific picture into some useful ‘take homes’ is one of the things we like to do at ANH.

Below is a 5-point strategy that you can adopt, with the help of a good nutritional or functional medicine practitioner, to help ensure your optimal folate status: