Home News The corporate endgame: Why you should be concerned about TPP and TTIP 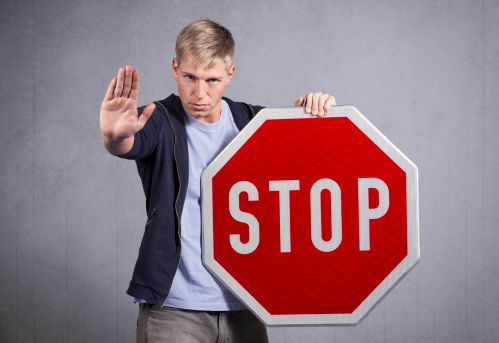 The corporate endgame: Why you should be concerned about TPP and TTIP

Genetically modified (GM) ingredients. Fracking. Environmental destruction. Pharma drugs at the expense of natural healthcare. Corporations suing governments when laws get in the way of profits. All these and more are in store with two new ‘free trade’ agreements – and they’re being negotiated in secret. The choice is clear: stand up against this now, or see more of the power balance swing in favour of the largest and richest corporations.

Go to Call to action

TTIPing the balance toward corporate power

This is as serious as it gets. The governments of the richest nations on earth are planning to hand over the reins of power to unelected representatives of profit-driven businesses: the ultimate in crony capitalism. Their chosen method? Two new ‘free trade’ agreements (FTAs), the European Union (EU)/USA Transatlantic Trade and Investment Partnership (TTIP) and the Trans-Pacific Partnership (TPP) between the USA and 11 Asia–Pacific countries.

FTAs are designed to remove supposed barriers to trade, such as tariffs on imports, between individual countries or trading blocs like the EU. Politicians hail them as absolutely necessary to boost the gross domestic product (GDP) of participating nations, create jobs and drive development – promises that always seem to translate into increased profits for big business at the expense of citizens and the environment. What’s more, they sit at the top of the hierarchy of legislative threats to natural healthcare, rivalled only by the supra-national Codex Alimentarius framework.

The proposals contained within TTIP and TPP go way beyond even the infamous North Atlantic Free Trade Agreement (NAFTA). The TPP has, in fact, been described as “NAFTA on steroids” or ‘TAFTA’. Both the TTIP and TPP are being negotiated behind closed doors – a gigantic red flag that something dodgy is going on, despite the EU’s claim that more openness “would be like showing the other player one's cards in a card game”. To ensure the passage of the final TPP draft into law, President Obama is attempting to introduce legislation to ‘fast track’ the TPP – bypassing Congress’ constitutional duty to closely examine trade policy by restricting it to a ‘yes’ or ‘no’ vote. In a rare bipartisan display, Republicans and Democrats alike oppose Obama’s move, which could eventually prove crucial to defeating them.

Go to Call to action

What are the issues?

Some TPP/TTIP documents have been leaked during the negotiations, so we do have some idea of what’s in store. These are some of the most important features that have come to light so far:

What are some of the likely consequences for natural health?

Of course, since we’re relying on incomplete leaks for our information, we don’t know exactly what’s in the legislation. The effects are likely to be even worse than those we’ve listed above, and may explain why certain corporations have made significant and public ‘retreats’ in recent months.

Not a coup, but a succession

What we can say, based on what we already know, is that the TTIP/TPP represent the most brazen power grab in history by corporations. But consider this. Governments – represented by the EU, US and the 11 Asia–Pacific nations involved in the TPP negotiations – have willingly entered into the negotiations. It would be more accurate to describe this as an orderly handover of power; a surrender or succession, rather than a corporate coup. This implies planning on the part of both sides, which is bad enough. The outcome may be even worse: the implementing of an effective, prototype world government, run by corporations rather than by national governments.

Only we, the people, can stop this anti-democratic, anti-natural, anti-anything but naked corporate power agenda. It’s time to make ourselves heard, using all the available channels, so that those involved in the negotiations understand that we have had enough. It’s time to Say No to the TTIP.

TTIP: What Lies Beneath, by the European Greens