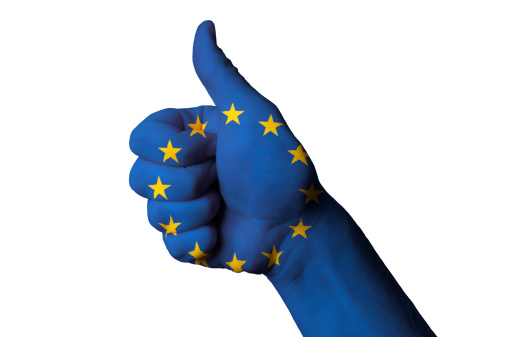 But does this point to a selective open door to patented nutrients?

Hey presto – European consumers: if you shop carefully enough, you will now be able to put a new glucosamine-bound form of stabilised, bioactive folate into your body!

That means Europeans won’t be reliant only on synthetic folic acid, the conversion of which to its active form is dependent on around 15 enzymes that vary in their effectiveness in different people. They also won’t need to use the only other form of stabilised, bioactive folate, calcium methylfolate (Metafolin®), as made by pharma manufacturer Merck. And finally, they won’t have to be folate deficient if the only folate they’re getting is from their normal diet. Deficiency which increases cancer and heart disease risk, while contributing to fatigue and compromised immunity, among other things, is common because natural, dietary folate degrades quickly in harvested green-leaved vegetables or legumes as well as during cooking.

So – keep an eye on those product labels and look out for the newly EU-approved folate ingredient. It’s called Quatrefolic®, its stable, its bioavailable and it delivers the active form your body’s crying out for. Why not see how you feel if you up your folate status?

But with this generally great news, it’s worth sounding a note of caution. Are we moving gradually to a world where patented forms of nutrients are getting the nod, over the real thing?

Well, it’s not hard to argue that folate is an exceptional case, given just how unstable the active form, 5’-methyltetrahydrofolate (5-MTHF) is in our plant-based diet. A bit of clever biochemistry that allows nutrients like glucosamine and calcium to be used in small quantities to help stabilise the molecule is almost certainly a good thing for those of us who don’t have easy access to unlimited supplies of pesticide-free, green-leaved veggies growing in nearby soils.

The US NDI and EU Novel Food link

But let’s remember; Gnosis, the Italian nutraceutical producer of Quatrefolic®, has had to jump through the hoops to get its product on the market in both the US and Europe. In 2010 it was granted New Dietary Ingredient (NDI) status in the USA. In October 2013, the European Food Safety Authority (EFSA) issued a positive opinion on Quatrefolic® and only now do we get firm approval by the European Commission that use of Quatrefolic as a novel food ingredient has been approved in the EU.

Many smaller companies would simply not be able to manage that obstacle course. Their incentive to innovate has already been greatly limited because they know none of their efforts will be worthwhile if they can’t successfully negotiate the expensive, time-consuming and complicated obstacle course of regulatory approvals. And whether you’re talking the US Food and Drug Administration’s NDI regime or Europe’s novel food regime, neither are a million miles from the drugs licensing regime, prohibitive to all but the most serious pharma players.

So let’s keep an eagle eye on these developments — and in the meantime — enjoy what Gnosis has achieved, as well as our ability to consume a stabilised form of bioactive folate in supplemental form. It’s no mean achievement to see a nutraceutical outfit like Gnosis successfully be able to launch a product both on the US and European markets that could make a big difference to many people’s health — while also breaking Merck’s monopoly with its Metafolin® ingredient.