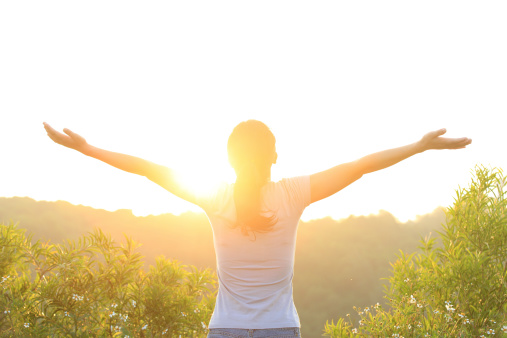 A high-profile medical journal has called into question the benefits of vitamin D supplementation, warning against the “false reassurance” of widespread supplementation.  And it makes a clear recommendation that doctors in the UK stop vitamin D testing on their non-osteoporotic patients.  But the editorial, written for the British Medical Journal (BMJ) by two researchers from the British Heart Foundation, actually reveals more about the weaknesses of mainstream thinking on nutrients than it does about the state of vitamin D research.

It’s happened for, among others, antioxidants, beta-carotene, vitamin E and folate – and now it’s happening to vitamin D. The pattern goes like this: promising observational data and clinical reports prompt further research; randomised, controlled clinical trial (RCT) results are equivocal or even negative; and mainstream medicine turns against the nutrients in question, declaring them largely useless or even dangerous. As a result, research stalls and clinical recommendations are guarded or hostile.

When we assemble what are, for us, the biggest problems with the editorial’s arguments and assumptions – as we have done below – it becomes clear that mainstream medicine is stuck in a restrictive mindset that gives it all the responsiveness of the Titanic. Without drastic change, rates of chronic disease – largely unmanageable pharmaceutically – are destined to continue to soar.

Why do we say this? Read on.

It’s not just the BMJ editorialisers at fault here: mainstream medicine as a whole has long focused on the search for the ‘perfect drug’, a single agent that will cure a disease with no side effects. The entire pharmaceutical drug model is based on this premise. It’s one of the reasons why the RCT has gained such enormous prominence, since RCTs are the best way we have of determining a cause-and-effect relationship between treatment and outcome. However, while RCTs are fairly well suited to examining the effects of drugs – i.e. highly purified, usually single-ingredient therapeutic agents – they come unstuck when looking at nutrients, such as vitamin D. Vitamin D is a particularly good example here, since it is better considered a steroid hormone than a vitamin: in other words, a molecule with a wide and complex range of receptor sites and actions throughout the body, that works in intricate synergy with a host of other factors. Its hormonal mechanism of action explains why the BMJ authors describe vitamin D as “linked to a remarkable array of chronic diseases, including bone mineral disease, autoimmunity, cancer, diabetes, and cardiovascular outcomes”. It also explains why RCTs are patently unsuited to unravelling this complicated web of effects. This unsuitability is evident in the mismatch between observational studies that associate elevated serum vitamin D levels with a multitude of benefits, and highly variable outcomes from RCTs that have attempted to replicate these benefits in intervention trials with vitamin D supplements.

The editorial doesn’t consider the effect of variable populations

Another aspect of the authors’ ‘magic bullet’ thinking is their overlooking of variability among the populations studied in RCTs. For example, individuals differ in terms of their baseline vitamin D – or 25-hydroxyvitamin D, to be more precise – levels and their responsiveness to vitamin D supplementation through differential vitamin D absorption and metabolism. These problems also apply to the ‘umbrella’ review by Theodoratou et al discussed by the BMJ editorial authors, and are discussed at length in an accompanying comment by academic Simon Spedding. To put this problem in perspective, consider the following scenario: a study of the effects of vitamin D supplementation on mood is performed in a sunny country. How do the researchers tease out and isolate the effects of supplementary vitamin D from those of sunlight – which, of course, also causes serum vitamin D levels to rise?

We’re looking at the ‘Ernst effect’ all over again

A major, even fatal, flaw of RCTs in terms of their ability to comprehensively study the effects of a particular healthcare modality was inadvertently pointed out by arch-skeptic Edzard Ernst in 2007. As Ernst explained, RCTs focus exclusively on the ‘specific therapeutic effect’ of the treatment under study (Figure 1). However, the specific therapeutic effect is only one of many factors that come into play during each healing episode. In fact, it’s fair to say that the very design and rationale of RCTs exclusively prevents them from comprehensively studying the effects of a particular healthcare modality! As David Sackett, one of the originators of evidence-based medicine, said in 1996, also in the BMJ: “The practise of evidence based medicine means integrating individual clinical expertise with the best available external clinical evidence from systematic research...Without clinical expertise, practise risks becoming tyrannised by evidence...” By rejecting the numerous apparent benefits of vitamin D supplementation, based on a mismatch between clinical experience (i.e. the total effect in Figure 1) and RCTs that effectively jettison the vast majority of the factors relevant to healing, the authors fall into this very trap. 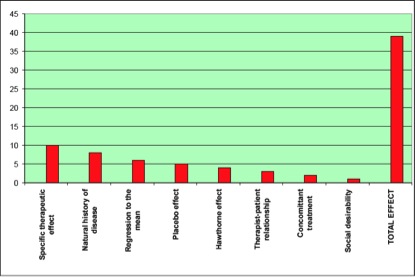 Figure 1. Representation of slide presented by Edzard Ernst showing the various aspects that contribute to the ‘total effect’ of a healthcare treatment.

If mainstream medicine insists on waiting for conclusive RCT evidence on each and every treatment option for every health condition, it will never adapt its thinking in the manner necessary to tackle chronic disease. For many reasons – financial as well as methodological and even philosophical – natural treatments are excluded from the RCT club. An obvious parallel is with health claims and the European Food Safety Authority (EFSA): by adopting a pharmaceutical-style approach to evidence substantiation, EFSA and the European Commission have authorised only 250 health claims for foods and ingredients. This bears little or no relation to the health benefits offered by the thousands of foodstuffs available on European markets.

Compare and contrast.  On the one hand, the editorial authors note: “[Chowdhury et al’s] analysis of trials provides the most noteworthy finding...The apparent degree of benefit from D3 in the new analyses – 11% lower mortality – seems remarkable [and agrees with a previous Cochrane review]”. After spending several paragraphs downplaying these highly significant and consistent results, they finally declare that widespread supplementation is unnecessary, further research is required and that “clinicians should avoid costly measurement of 25-hydroxyvitamin D in asymptomatic patients outside of bone disease related conditions”.

If the previous example wasn’t enough to convince anyone that the authors may be blinkered by the mainstream medicine ‘magic bullet’ view, how about their attitude to statins? Referring again to the Chowdhury study of mortality, they say: “14 trials contributed to the D3 meta-analysis, totalling only 13,637 participants, and six of these were scored as being at high risk of bias.  Contrast this to meta-analyses of large scale antihypertensive and statin trials, which have an order of magnitude more participants, generally in better quality studies.” Really? As journalist Jerome Burne revealed on Health Insight UK, statin data are both incomplete and hugely manipulated: “Twenty years after these drugs were first introduced and after they have been prescribed to hundreds of millions of people, two leading experts don’t know where the side effect information is stored that would allow researchers to make an accurate estimate of risk”.

Turning the editorial on its head, if you accept that there’s no causal effect between serum vitamin D and all-cause mortality, you’re actually implying that it’s OK to have low serum vitamin D levels. However, one thing is clear regardless of which piece of vitamin D research we examine, whether observational or RCT: nowhere is there any evidence to support low serum vitamin D levels as being beneficial to health and reducing the risk of chronic disease and all-cause mortality. And so it seems premature, even irresponsible, to recommend that doctors give up on ordering – actually very cheap – tests of serum vitamin D levels in their non-osteoporotic patients. Given vitamin D’s low toxicity, this in itself is a powerful argument in favour of supplementation when all of the known benefits are taken into account. Perhaps it’s time to acknowledge that, from an evolutionary standpoint, human beings are meant to spend far longer in the sunshine than most of us do at present in order to avoid chronic disease.

We agree with the authors on one point: that elevated serum levels of vitamin D on their own, in isolation from other nutrients and lifestyle factors, is not in itself a magic bullet. This isn’t a painful realisation. The natural health sector has never been looking for single magic bullets, because we understand the multifactorial nature of the human body and we’re interested in total effects. So, since our indoor lifestyles are unlikely to change in the near future, and since food sources of vitamin D are so limited, vitamin D supplementation, being as cheap and available as it is, is almost a no-brainer.

For the doctor and healthcare practitioner: This editorial does not change the evidence base that people with low serum vitamin D levels [less than 75 nmol/L (30 ng/ml)] are more at risk of immune suppression, cancer (required levels are higher at 90–120 nmol/L (36–48 ng/mL)], depression, fracture risk/osteoporosis, other chronic diseases and all-cause mortality. Enquiring about sunlight exposure, vitamin D supplementation and/or testing for vitamin D serum levels are cheap, accessible risk reduction methods

For consumers: Read the full guidelines from the Vitamin D Council. Brief advice is as follows:

For researchers: consider the advantages of moving away from RCTs as the primary mechanism of establishing benefit via demonstration of causal effects. Consider using instead Comparative Effectiveness Research (CER), based on comparing multifactorial healthcare strategies against standard controls, such as vitamin D supplementation in isolation or pharmaceutical approaches.