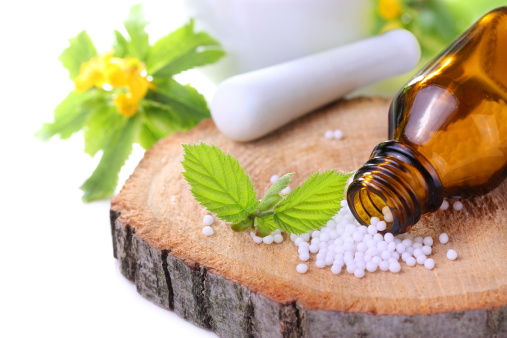 Homoeopathy haters and the RCT religion

Homeopathy and the threat of endarkenment

Recently a post of mine describing attacks on homeopathy as “batty and arrogant” that I wrote last year was retweeted. This meant that again homeopathy’s hard-core detractors rushed out with lectures about the scientific method and the need for randomised trials (obvious) but yet again no attempt to actually deal with the issues I raised – that if you are worried about failing to follow the rules of evidence based medicine, homeopathy is not the place to point the finger.

So although I am, as I said, agnostic about homoeopathy, I think it’s worth coming back to the issue because the problems with evidence based medicine as practiced at the moment haven’t gone away, in fact they have become even clearer. For instance, Takeda Pharmaceutical and Eli Lilly & Co. (LLY) have just had to pay a combined $9 billion in punitive damages for hiding the cancer risks of their Actos diabetes drug. To me that seems far more dangerous and irresponsible than anything done by homeopaths.

ANH-Intl comment: For a long time now, the circular and seemingly endless argument between homoeopathy’s supporters and the vocal skeptic camp has carried with it more than a whiff of the religious – but not quite in the way alleged by many skeptics. From the skeptic bunker there emanates a constant stream of invective aimed at the ‘belief’ of homoeopathy users and practitioners in their supposedly evidence-free, implausible and unscientific ‘religion’. However, as Jerome Burne succinctly points out on his blog, by seeing themselves as some kind of bulwark against the ‘endarkenment’, it’s the skeptics who “are engaged in a crusade. Armies of the light battling against forces of darkness. This, ironically, puts them in an ideological or even religious camp rather than a scientific one.”

There’s an elephant in the room, you see: the stark limitations of the randomised, controlled clinical trial (RCT), the complex and hugely expensive keystone of the evidence-based medicine movement. While, as Burne puts it, “the endarkenment myth-making has been very effective in pushing non-drug treatments out to the fringes...measuring the benefits of treatments designed to have a range of effects is not something that RCTs do well. They are good at measuring what drugs do – produce a single effect.” We’d call it the ‘specific therapeutic effect’, but the point is well made. Skeptics appear unable, or unwilling, to admit the disconnect between proclaiming the RCT as the be-all and end-all of scientific medical evidence, and the frequent examples of mass deaths and injuries caused by RCT-approved drugs. Meanwhile, chronic disease rates climb inexorably skyward and the natural treatments that hold the answers are shunned by the mainstream (and skeptics) thanks to a lack of RCT evidence – a technique manifestly unsuited to assessing such multi-pronged interventions. Truly, you couldn’t make it up.

The importance of the latter point cannot be overstated. Alternatives to the RCT, such as comparative effectiveness research, do exist, but they require mainstream recognition, adoption and investment before they can make a difference. The sooner the better, for the sake of humanity – but in the meantime, pharma continues to carve up what it sees as its exclusive turf. With news that GlaxoSmithKline (GSK) and Novartis have swapped assets and heralded the launch of the world’s biggest ‘consumer healthcare’ business, are we about to enter a world where pharma companies not only offer a ‘pill for every ill’ – but a ‘business for every illness’ as well?

We sincerely hope not.