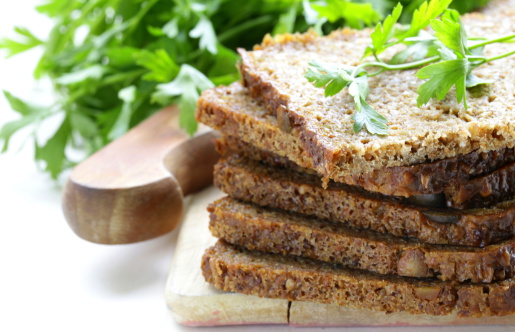 Ingrid Eissfeldt on the madness of mainstream gluten-free bread

So, you read our article last week on the Chorleywood Bread Process. You may have been thinking about going gluten-free for a while, and learning that most supermarket bread is an industrially produced health nightmare was the last straw. But wait one moment: store-bought gluten-free breads are often even worse! We explain all and bring you an exclusive interview with Ingrid Eissfeldt of Artisan Bread Organic.

A deceptively simple philosophy lies behind Ingrid Eissfeldt’s company. “I set up Artisan Bread Organic in 2001,” she says, “because I wanted to make delicious bread. The number one priority was to make food that is both digestible and delicious. I don’t eat meat but I consider myself a ‘foodie’, and I’d never make something just because it’s healthy. I keep on experimenting until I get it right!”

Artisan’s extensive product range includes everything from rye and spelt breads, to sprouted grain breads and numerous gluten-free options. From day one, Ingrid made the decision to avoid using baker’s yeast in any of her breads to further improve their digestibility: “Instead of yeast, we use a broad-spectrum ferment that was developed using anthroposophical principles by the ‘Arbeitskreis fuer Ernaehrungsforschung’ (Working group for Nutrition Research) in Darmstadt, Germany. The idea being that we can make bread anywhere in the world, using any starch-containing plant.” The only ‘processing aid’ in her breads is a little honey, which stands in stark contrast to supermarket breads made using the industrial Chorleywood Process. Mineral-rich seaweed replaces salt, and all the water used in Artisan’s breads is revitalised to more closely resemble water from natural sources, such as spring water.

Despite such a ‘back to basics’ business model, it would be a mistake to label Ingrid as anti-technology. “You can make proper bread in a factory!” she emphasises. “There’s nothing wrong with using machinery, it just depends what you put in there. In Germany, there are a lot of small bakeries that are highly technical, with just two or three staff, completely automated – and they make good bread because they do overnight fermentation and use proper ingredients.” In short: garbage in – garbage out. 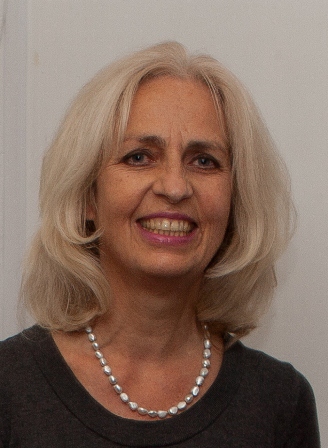 But it’s gluten-free that most interests Ingrid. Take Artisan’s award-winning pea bread, for instance. “I was looking for something gluten-free that could be grown in Europe, as most of the grains used for gluten-free breads are Asian, and I came across pea bread,” she explains. “It used to be eaten by peasants, hence its old name of ‘horse bread’. Peas are amazing! They are amazingly nutritious: very high in protein, easily digested, high in fibre, they have some natural sugars, and they contain all the B vitamins, magnesium, zinc and other minerals. We use the whole pea to make sure we get the nutritional components as nature intended. I really think there’s a future in peas!”

So why does Ingrid spend so much time perfecting her gluten-free breads, even to the extent of using less obvious ingredients like peas? Take a look at this summary of how supermarket gluten-free bread is produced:

Result: an unhealthy, industrial bread-like product that may prolong the very symptoms it is designed to avoid. That Artisan avoids all of this unpleasantness simply by reverting to traditional baking methods throws the head-spinning illogicality of it all into sharp relief. As Ingrid explains, “We use an overnight fermentation, whether it’s wheat, rice, buckwheat or anything else. That creates the digestibility of a grain, as the proteins and starches are semi-digested by the process. It’s like a fruit: oven baking finishes the product off, but the ripening occurs long before that, during the overnight fermentation.”

’Gluten-free’ is defined by European Commission Regulation 41/2009 as a gluten concentration of <20 parts per million (ppm, also shown as mg/kg), while ‘very low gluten’ is <100 ppm. Ingrid adds that “Recently, a new definition has been rolled out to help restaurants and similar establishments produce food for people with gluten intolerance, and that’s ‘no-gluten-containing ingredients’ (NGCI).” This latter term isn’t defined legally in the European Union. “The crucial difference is that the ingredients are made without gluten, but they’re prepared in areas that may also be used to prepare gluten-containing ingredients.”

With one foot planted firmly into the gluten-free rabbit hole, it’s time to plunge whole-heartedly into the depths. Let’s take Ingrid’s ‘three myths of gluten-free bread’ in turn.

Myth one: Gluten-free bread has to be crumbly

Cut into most supermarket gluten-free loaves, and you’ll end up with two half-loaves full of holes and surrounded by a shower of crumbs. This is not the natural way of things, but is widely accepted because “Even bakers are told at college that it’s the gluten that makes the bread,” says Ingrid, “and obviously in their minds, if you remove the gluten, you lose the bread. But it’s just not true! Take cooked rice as an example: think how sticky a bowl of rice can be with no gluten at all. It amazes me that the whole gluten-free world seems to have overlooked this simple fact.

“The other side of the coin is to understand how these gluten-free grains, or legumes like peas, behave and how they absorb water. They’re just different to wheat – their starches are different shapes, for example – and it’s a case of working with these substances naturally, without using glues like xanthan gum.”

The sticky problem of xanthan gum

Xanthan gum (additive E415) is the ‘glue’ used by many manufacturers to replace gluten. It has an interesting history. “Xanthan gum was invented for the oil drilling industry!” Ingrid reveals. “It’s used a lot in fracking for mopping up drilling slurry and preventing blowouts. And it’s used in gigantic quantities in industrial baking. When you buy it for home use, it says use 2 teaspoons per loaf. But if you add 2 teaspoons of xanthan gum to a glass of water, it goes completely solid!”

Xanthan gum has been linked to infant necrotising enterocolitis, prompting consumer warnings from the US Food & Drug Administration (FDA). So far, the EU has failed to follow the FDA’s lead.

Xanthan gum is a polysaccharide secreted during fermentation by the bacterium Xanthomonas campestris. Oddly for an important ingredient in products specifically designed for people with wheat sensitivities, the culture medium used to produce xanthan gum may contain wheat (or corn or soy)! Manufacturers are currently exempt from mentioning this on labels, at least in the UK. Perhaps unsurprisingly, people have reported allergic reactions to xanthan gum that mimic those of coeliac disease or wheat/gluten sensitivity. “We have customers who say they were on gluten-free products and they were losing weight,” observes Ingrid. “The minute they stopped eating them, they felt fine.”

“If I wanted to make a gluten-free bread,” says Ingrid, “I’d buy a bag of rice and a bag of buckwheat, mix them together and mill it myself using a coffee grinder or food processor. Et voilà! Flour that tastes better, doesn’t contain potato flour or corn starch and retains all the healthy germ oils. If I wanted some carbohydrates on a gluten-free diet, I’d make pancakes if I couldn’t make bread, because they’re just so simple. All you need is some rice flour or buckwheat flour, water and a frying pan, and you can use the pancakes like a sandwich.”

While increasing numbers of people choose to go gluten-free for health maintenance reasons, the vast majority of those eating gluten-free breads do so because they are already unwell. “I once asked a colleague, “Why do people eat your bread? Is it because they like really good bread?”” Ingrid recalls. “His answer was “No, it’s because they’re sick!” That almost stops me from putting ‘gluten free’ on the label.” Ingrid declares it her “mission” to make gluten-free bread that good enough to entice the food snobs – “I want to make gluten-free sexy!” – and the breadth and quality of Artisan’s gluten-free range shows that gluten-free does not have to mean taste-free.

We have a crazy situation in the UK, with the country’s National Health Service (NHS) paying for patients to have gluten-free bread on prescription. The argument is that it’s not widely available, but it’s in every single supermarket in their ‘free from’ section – and it’s not as if we need bread to survive. Since store-bought gluten-free bread doesn’t come cheap, an each NHS prescription can cost up to £30. But it’s a good racket for Big Food to have GPs writing prescriptions for industrially produced, additive-packed rubbish that does nothing to promote health!