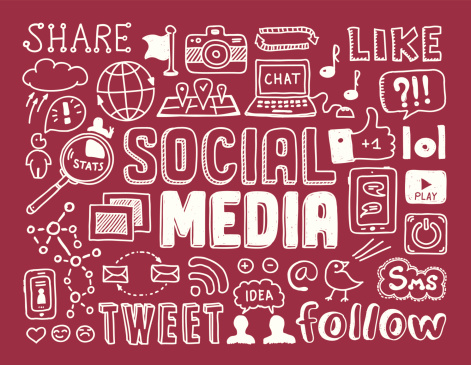 Overcoming the challenge of &lsquo;Facebook Zero&rsquo; through our partnership with you &ndash; our advocates &ndash; to help save social media for social and healthcare change!

We’re going to need your help to navigate some choppy waters as social media enters a period of major flux and upheaval.  Can we rely on you to Stick around, Support and Share? 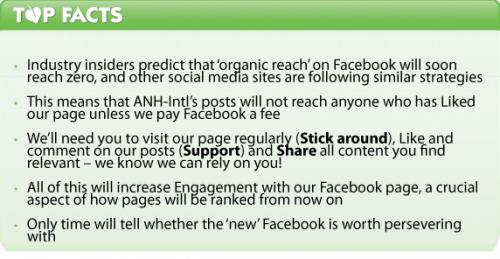 The ongoing, slow-motion spectacle of Facebook taking out a twelve-gauge shotgun, aiming it with precision at its toes and firmly pulling the trigger has reached the critical stage. Following its botched public sale in 2012, Facebook has quickly morphed from a free networking and information-sharing site with formidable reach into a ‘pay per post’ service.

In the brave new Facebook world that we’re rapidly moving toward, a page’s posts will reach a grand total of zero fans – i.e. those who have Liked the page that is the source of the post – in the absence of a payment to Facebook. So-called ‘organic reach’, where posts reach fans directly and non-fans via Likes and shares, for free, will be a thing of the past. The only exception will be personal vs organisation pages, e.g. Adam Smith’s personal page as opposed to that of ANH-Intl. Facebook’s per-post fees to reach significant numbers of people are, as you may have gathered, way out of the reach of specialist, donation-funded, non-profit organisations like ours (Figure 1). 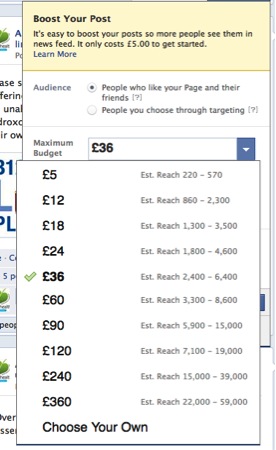 Think we’re exaggerating? We wish we were. The problems are laid bare in a white paper by digital consultancy [email protected]. Facebook’s constant tinkering with its EdgeRank algorithm has already resulted in a 49% collapse in organic reach between 2012 – presumably post-flotation – and February 2014 (Figure 2). According to the white paper, “Facebook sources were unofficially advising community managers to expect [organic reach] to approach zero in the foreseeable future.” Our crystal ball tells us that the number of Facebook users from the donation-funded campaign and social change sector may rapidly go the same way, as they simply can’t afford to throw money at Facebook whenever they wish to communicate with their fans or supporters. 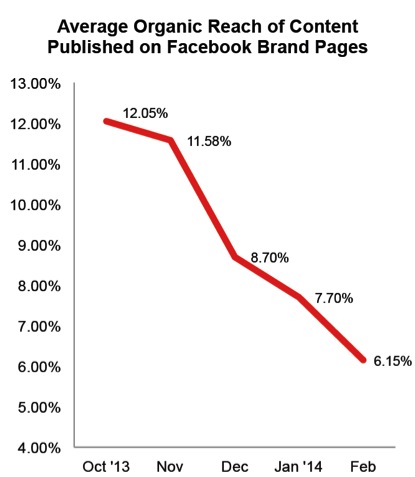 Luke Brynley-Jones, founder of Our Social Times, isn't so sure that Facebook is moving toward zero organic reach. He points to Facebook user questionnaires aimed at identifying whether certain promotional posts are perceived as adverts. If Facebook's intention is to request payment from the companies responsible for the more blatantly advert-styled posts, asks Luke, how does that square with Facebook Zero – where everything is, in effect, an advert? Unfortunately, we suspect it's just a stepping stone to the ultimate goal.

Deeson Creative is our web developer and its considerable social media expertise has evolved alongside Facebook, Twitter and other social media portals. Deeson, with its acknowledged expertise in the field, has provided us with many of the insights that we explore in this piece, so you can be assured it’s far from some lightweight, unsupported conspiracy theory. As Emily Turner of Deeson explains, “Facebook’s recent changes, and similar ones being implemented by other social media sites like LinkedIn, are really a big experiment. No-one knows how the model of paid-for social media is going to work or what the routes to success are. Organisations are going to have to try things and see what works!”

In short, then, we’ll be making it up as we go along, much like everyone else. But, with thanks to Emily, Deeson and their recent Memchat event, here are a few things that we’ll be looking to implement in the near future: