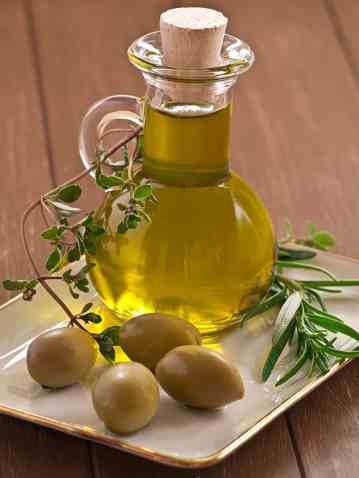 We look at the confusion emerging from EC's €1.5 million funding of probiotic olive research seen from the perspective of the EU's Nutrition and Heath Claims Regulation

The European Commission’s (EC’s) Nutrition and Health Claims Regulation (NHCR) is regularly throwing up ever-more bizarre situations. In the latest twist, the EC’s left hand removes language like ‘probiotic’ and ‘antioxidant’ from the marketplace, citing lack of scientific evidence. Meanwhile, its right hand spends millions funding a project based on exactly this science: what the EC itself describes as “probiotic”, “antioxidant”, “superfood” olives. How are we meant to know what’s going on?

(Note: that’s not our subheading but the European Commission’s.  Please read on.)

To quote from the above article: “Live organisms such as bacteria and yeast – known as ‘probiotics’ – have traditionally been added to dairy foods for an extra health boost, but are now making their way to table olives. EU-funded researchers developing this new 'superfood' say it could help Southern Europe's olive industry become more competitive. Two patents have been registered – in Greece and Spain – for the technology, opening up the way for application on an industrial scale.”

Taking a deeper bite of the probiotic olive

This story from the deeper recesses of the labyrinthine EC provides a clear demonstration of the EC’s self-created problem that arose with its attempt to control the language used to communicate information about foods with purportedly healthy properties.  We refer, of course, to the nonsensical control of commercial language by the EU’s Nutrition and Health Claims Regulation (NHCR). We’ve been outspoken about this on many previous occasions.

Of course, it’s great news that the EC sees fit to use framework research funding, around €1.5 million of it, for a project that aims to turn olives – already a highly healthful food – into a probiotic, antioxidant-rich superfood.  Even with no health claims yet authorised for probiotics, and only one for plant-derived antioxidants – yes, it’s olive oil polyphenols! – isn’t it far-sighted of the EC to throw big money at a project that might further enhance the healthiness of the gut microbiome of European citizens?  Of course it is.

How to confuse European consumers

What this project so clearly reveals is the titanic problem inherent with the NHCR.  If the EC actually believed that there was no evidence that probiotics might work, would it really be wasting European taxpayers’ money?  And if it had smart alternative terms for probiotics, why is it not encouraging the use of these non-misleading terms in its description of the project? After all, commercial suppliers are now required to do exactly that in their product descriptions.

The EU’s NHCR has effectively created a two-tier system whereby certain words and phrases will continue to be used outside the commercial environment – say in research, media articles and non-commercial websites – while a completely different terminology will develop for commercial products.  If this is not confusing for consumers…George Orwell had Newspeak, but it seems the EC has Nospeak – at least as far as EU citizens are concerned.

Even the headline of this story drips with cruel irony. As reported recently, the terms ‘probiotic’ and ‘superfood’ – so-called generic descriptors – have been effectively outlawed by an amendment (Regulation 907/2013) to the Nutrition and Health Claims Regulation (NHCR; No. 1924/2006). The NHCR blocked the commercial use of any claims as to the health benefits of foods or ingredients, in any medium including speech, unless expressly approved by the European Food Safety Authority (EFSA) – as it turns out, a nigh-impossible task. Even Big Food, the traditional beneficiary of EC largesse, is beginning to wonder whether the NHCR is a step too far.

After trampling all over free speech in this manner, the EC applied the coup de grâce by banning generic descriptors as well, unless they have been in use for 20 years or more. Its justification? Citizens might wrongly assume that a product has a health benefit if certain generic descriptors are used. This imaginary ‘risk’ is apparently enough to make terms like ‘probiotic’, ‘superfood’, ‘antioxidant’ and many more illegal, at least in a commercial context.

Since the communication around the EC-funded probiotic olives project, PROBIOLIVES, doesn’t fall under the category of ‘commercial communication’, DG RTD is legally well within its rights to deploy these terms. But it’s come to a pretty pass when manufacturers of foods and food ingredients can’t use these widely understood phrases to communicate important information to the man or woman on the street. Even the copious high-quality science that exists to support the health benefits of antioxidants and probiotics isn’t enough to convince the corrupt EFSA and its apparently ridiculous, anti-science, anti-health, anti-common sense approval framework. And yet, as the EC shoves shops and supermarkets throughout the EU into an information-free zone and wraps a blindfold around its own citizens’ eyes, it chooses to use the language it has removed from the common vocabulary as encountered by European consumers in the very places they make food choices. As Bert Schwitters, author of Health Claims Censored, observes: “With the help of “Science,” the State now controls language.”