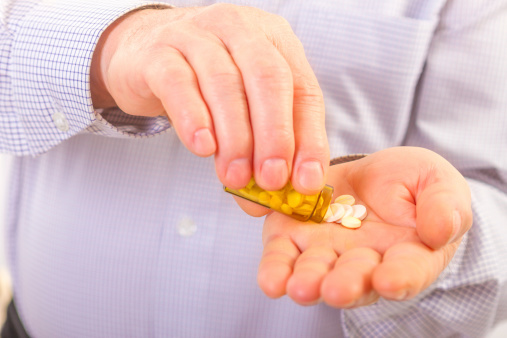 Are generic statins getting in the way of pharma&rsquo;s plans?

Anyone with even half an eye on the news over the last week would have noted that Pharma’s statin fightback has commenced in earnest, with researchers and journalists critical of statins seeing their work altered and disowned.  But is there more at work than meets the eye? Rather than fighting to maintain statins’ reputation, are drug companies puzzling over how to introduce the next generation of lipid-lowering agents? 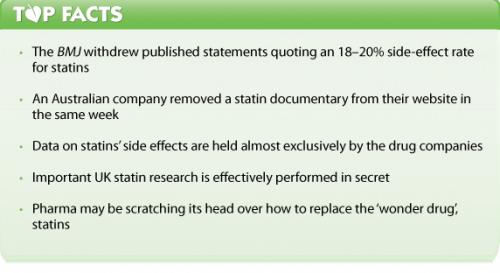 No tolerance for statin dissent

Anyone, it appears, who challenges the mainstream narrative of statins as the side-effect free wonder drug par excellence can expect some serious blowback. Latest in the firing lane are Harvard MD John Abramson and UK cardiologist Aseem Malhotra, whose apparently cardinal sin was to quote a side-effect rate of 18–20% among statin-treated patients. That this figure was taken from an earlier paper made no difference: the BMJ bowed to pressure and withdrew the statements from both papers.

Meanwhile, on the other side of the world, Australian production company ABC also buckled under the strain and removed from its website a documentary entitled Catalyst: Heart Of The Matter. Fortunately for anyone interested in the truth about statins, it’s still available at certain blogs (click on 'Videos' in the box at the top of the screen to go directly to both episodes of the Catalyst documentary).

Professor Collins and the secretive CTT

The BMJ caved in under public pressure from epidemiologist Professor Rory Collins of Oxford University.  Interestingly, however, while clearly preferring a high public profile for his pro-statin message, Prof Collins is far less keen on sharing the data upon which he bases his pronouncements. He is head of the Cholesterol Treatment Trialists’ (CTT) Collaboration, which appears perfectly happy to seal huge amounts of statin-related data from public view. As journalist Jerome Burne explains, “[The CTT] has an agreement [with the drug companies who own the data] to keep secret much of the information contained in its huge database which holds results from 27 trials of these drugs, nearly each of which was run by a drug company.”

Clearly not averse to some shameless fearmongering, Prof Collins apparently claimed to the Guardian newspaper that the alarm caused by Abramson and Malhotra’s papers was probably killing more people than were harmed as a result of the controversy surrounding Andrew Wakefield’s paper on the MMR vaccine.  On 15th May, the Guardian quoted Prof Collins as saying, “I would think the papers on statins are far worse in terms of the harm they have done”.

The UK’s National Institute for Health and Care Excellence (NICE) recently recommended offering high-intensity statin therapy to patients with a 10-year cardiovascular disease risk of 10% or more, down from 20% and largely reflecting the conclusions of a recent CTT meta-analysis. Oddly, however, the CTT doesn’t hold any statin side-effect data itself. Instead, it relies on trial reports published by...the statin manufacturers!

Waiting in the wings

It’s all about drug companies protecting their profits, you might say – and usually, you’d be right. Pfizer’s statin Lipitor (atorvastatin) was the world’s biggest-selling drug, causing a cliff-like drop in company profits when it went off patent.  Pfizer’s proposed acquisition of Astra Zeneca and its “vaunted drug pipeline” may be a compensatory measure. Most statins have now joined atorvastatin off patent and earn very little for their manufacturers.

But never fear, pharma is here – with new and even more expensive statin replacements waiting in the wings. Pharma is effectively on the horns of a dilemma, itching to introduce its new lipid-lowering drugs but, as yet, unable to dispel the impression of statins as a side-effect free panacea.

Whatever the result of the ongoing spat at the BMJ, we can expect the myths around statins to begin crumbling very soon. Ironically, however, it probably won’t be because of widespread awakening to their risks, but because their manufacturers want them out of the way.